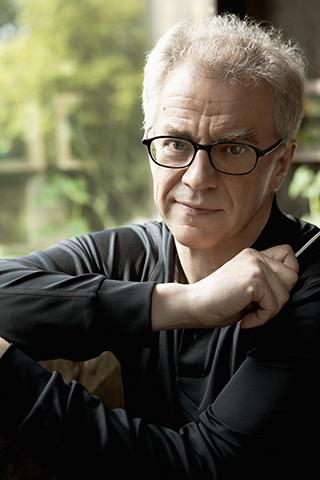 In his bright, Steinway-equipped studio at Orchestra Hall on Monday, Osmo Vänskä looked remarkably relaxed for a man who just returned from Spain, will play the Brahms Clarinet Quintet at a sold-out Macalester concert on Thursday, leads the Minnesota Orchestra in three concerts this weekend and should start packing soon for Cuba.

We were there to talk about the weekend, during which the Minnesota Orchestra will premiere Vänskä’s own arrangement of a suite from “The Tempest” by Jean Sibelius, the Finnish composer for whom Vänskä is the world’s leading living advocate. But the conversation drifted into other topics as well.

On Sibelius’ ‘The Tempest’ and Vänskä’s new suite

The Minnesota Orchestra ends its Shakespeare Winterfest this weekend with Berlioz’s “Summer Nights” and selections from “The Tempest,” the incidental music Sibelius wrote in 1925-26 for a Danish production of Shakespeare’s play. “The Tempest” is among Sibelius’ last great works – among his last works, period – but is little known and seldom performed. The full version requires several soloists and a choir, all for short bits of time, which is impractical and expensive. Sibelius arranged instrumental suites of his own for the concert stage, but they lack the magic and momentum of Shakespeare’s play. So the music teeters on the edge of being lost to modern audiences.

Vänskä recorded the complete incidental music for BIS in 1992 with the Lahti Symphony Orchestra, when he was its chief conductor. Ever since, he has wanted to find a way to bring the music into the repertoire.

“Sibelius wrote ‘The Tempest’ when he was at the top of his career, so it’s really a pity that people don’t know this music. He collected two suites of pieces, the best music, but he lost the story. He lost the build and the tension. I wanted to make a collection that would work in concert.

“It has been on my mind for a long time. The London Philharmonic Orchestra wanted me to do it, and then, when [the Minnesota Orchestra] put this season together, I wanted to do the premiere here. I finally put it together less than a year ago. I had the score and my own recording, and I started to listen and read, and I eliminated some pieces. There was also the issue of timing. It cannot be too short; it cannot be too long.

“It was clear that we needed to add a narrator because the music is in small pieces and it’s difficult to follow the story if you don’t have someone to tell it. So I asked [the Guthrie’s] Joe Dowling to make the narration. He liked the idea very much; I wasn’t surprised about that. I’ll hear it tonight for the first time.

“All the text is from Shakespeare, and all the music is from Sibelius, so we cannot go badly wrong with that combination.”

Even before the premiere, Vänskä is realizing his wish that “The Tempest” be heard more often. He’s already scheduled to perform it with the London Symphony Orchestra in February 2016, and later that year with the Finnish Radio Orchestra.

“I think this music is very near the top [of what Sibelius wrote]. It’s [also] very different. When you have a composer who knows what to do, who is experienced and at the top of his art, he doesn’t need to warm up. You can have two minutes of music and everything is there … [‘The Tempest’] is so faithful to the story, and how Prospero is a kind of god … I don’t want to say that the music is religious, but there are points where it’s very much like praying.”

We mention that a jazz pianist we know compares Vänskä to Count Basie for his command of dynamics.

“Oh ho! Maybe I’m crazy, but it’s really important for me, for two reasons. There is a limit on the louder side. You play as loud as possible, and that’s it. You cannot make that bigger. And if you don’t play soft, then the whole space for the variance is very limited.

“There are no limits when you go to the softer side. You can always play softer, but that’s difficult. It’s not difficult to play loud. You need much more control of your instrument and breathing, and your bow hand or whatever to play softer. And you don’t need more than one player who can destroy the whole idea. The same level of forte sounds louder if your softest dynamics are softer. So you have more space there.

“The other reason is sometimes – not always, but sometimes – silence gives the most important experience, or feelings. You feel the music on your skin. … Sometimes the soft part of the music speaks more than the loud part. The dynamics make us feel the music more strongly. … It’s often like I want this kind of dream. If you are dreaming, it’s not concrete. It’s somewhere in your fantasy.”

On the upcoming Cuba tour

In May, Vänskä and the Minnesota Orchestra will perform two concerts in Cuba as part of an international music festival there. They will be the first U.S. orchestra to play in Cuba since President Obama announced steps to re-establish diplomatic relations. The arrangements are being made by Classical Movements, a concert touring company based in Virginia.

“It happened very quickly. The orchestra [then the Minneapolis Symphony] was there in 1929 and 1930, so that’s a piece of history. … We knew that four-and-twenty orchestras are going to try to get there. New York is going in September. There was news that [Riccardo] Muti had said Chicago should be the first. At that time, we had just started talking [with Classical Movements], and then we got the contract. The people in Chicago are not very [pleased], but that’s not our headache.

“This was supposed to be the players’ vacation week. That may be one of the most beautiful signs that we are doing things right. Everybody is thinking, ‘What is good for the orchestra?’ Not ‘What is good for my ego?’ It’s not like we just work here and don’t care. We do care, very much, and it’s touching.”

What does the Cuba tour mean to Vänskä personally?

“It means that I lost my almost only vacation week of the spring, and I’m really happy. … I’m traveling like crazy because when the orchestra wanted me back [in April of last year, after the lockout ended], my schedule was full. I had to cancel something, but it’s not nice to cancel because people wanted me to come and I promised to go. I canceled as little as possible and I’m trying to run, run, run.

“But of course it was great to hear that we would be going to Cuba. And it’s nice to be involved in writing new history with this orchestra. We are the first American orchestra going back after the long, long break. It’s great.”

On the current state of the Minnesota Orchestra

Much has happened since the labor dispute that put the Minnesota Orchestra in the international spotlight. New leadership, new community connections, more transparency, great performances and positive attitudes make the past seem a lot farther away than it actually is. Vänskä may be moving at top speed, but he seems like a happy man, committed to the present and eager for the future.

“Many things are being changed. [The lockout] was a terrible crisis, a disaster, but there is no bad thing in the world when you don’t learn something, and you can do things better after that. I don’t want any orchestra to learn [the way we did], but it happened, and the orchestra is doing much better.”

Vänskä credits a longtime orchestra supporter with pointing them toward Kevin Smith, the former Minnesota Opera chief who now serves as the orchestra’s president and CEO.

“Judy Dayton thought Kevin might be the right guy to come and help. Of course, she knew him very well from the opera. I had met him but I cannot say that I knew him. So all the credit goes to her for this idea, and what a wonderful idea it was … [Kevin Smith] is listening, but he’s also hearing. There are people who pretend they are listening, then you find out they haven’t heard anything you are saying. …

“Things are always changing, [whether] we agree with that or not. It’s better to be involved and try to lead those changes in a direction that works better for you. … I wanted the players to take care of their own future and be involved in all kinds of decisions: what we are playing, where we are playing, how we are playing. If they are not involved in those decisions, then this is a place where people come to work, don’t care, and go home. But if they are involved, they are more committed and it’s their own orchestra … We are finally able to do things differently.

“The orchestra is playing really well, and I feel very strongly that the players and I are very tightly together, and that’s great. It should always be like this in every orchestra, but it’s not. We have all the possibilities to make this orchestra very good. It’s already good, but it’s getting better. We have our recordings back, and we are going to complete the [Sibelius] symphony cycle. We have many other plans about recording. We’re going to Carnegie [Hall].

“So I think that we are back. We are very strongly back, and then we are going to be internationally back in business.”

On Thursday, Feb. 19, at 7:30 p.m., Osmo Vänskä will perform the Brahms Clarinet Quintet at Macalester’s Mairs Concert Hall. The concert is free, but tickets are gone. To reserve a spot on the waiting list, email Lydia Brosnahan at lbrosnah@macalester.edu. FMI. At 11 a.m. on Thursday, and 8 p.m. Friday and Saturday, Vänskä will lead the Minnesota Orchestra in the final concerts of the Shakespeare Winterfest, including his new arrangement of Sibelius’ “The Tempest,” with Joe Dowling as narrator. FMI and tickets. Finnish mezzo Lilli Paasikivi, who was scheduled to perform at the Winterfest concerts, is unable to come for health reasons. American mezzo Heather Johnson, a Minnesota native now living in New York, will sing the program.

Osmo Vänskä on Sibelius, softness, the Cuba tour and the Minnesota Orchestra today