When composer John Adams wrote a piece in 1994 for electrified string quartet called “John’s Book of Alleged Dances” (because, he said, “the steps for them had yet to be invented”), he must have known that choreographers would take the bait. Several since have, including Paul Taylor. In Minneapolis, the musicians of the Bakken Trio were intrigued by the music – wildly energetic, droll and spiky, minimalist and demanding. Hard to play, one thinks on first listen, even harder to dance to.

For some, perhaps, but just the ticket for Black Label Movement, the intensely physical, daring company of “movers” led by Carl Flink. Bakken commissioned Black Label to choreograph the whole “Book,” 10 pieces with odd and provocative titles including “Alligator Escalator,” “Stubble Crotchet” and “Toot Nipple.” Flink said, “The chance to tackle the challenge issued by John Adams with ‘John’s Book’ in collaboration with the sinewy artistry of the Bakken ensemble is a choreographer’s dream.” Together they performed a sneak peek at MacPhail last November – all of the music but only some of the dances.

Starting tonight at the Cowles, we can see the entire work in its Twin Cities premiere. (The world premiere took place at the College of St. Benedict’s Gorecki Theater in February). Because this is a collaboration, and because the music and dance are equals, the Bakken won’t be hidden in the wings. Instead, the musicians will be on a lighted platform above the dancers. (This also keeps the musicians and their instruments out of the dancers’ way.)

The program further includes the Twin Cities premiere of Flink’s “An Unkindness of Ravens,” which has, as one critic observed, “a feeling of ‘eat or be eaten’ – only in a figurative sense, of course, but fear-inducing just the same.” The dark, ambient music is by Twin Cities composer Greg Brosofske. Closing out the evening: the bittersweet “A Duet for Wreck,” with music by Philip Glass. 7:30 p.m. tonight through Saturday, student matinee at 10:30 a.m. Friday. FMI and tickets ($25-$30). 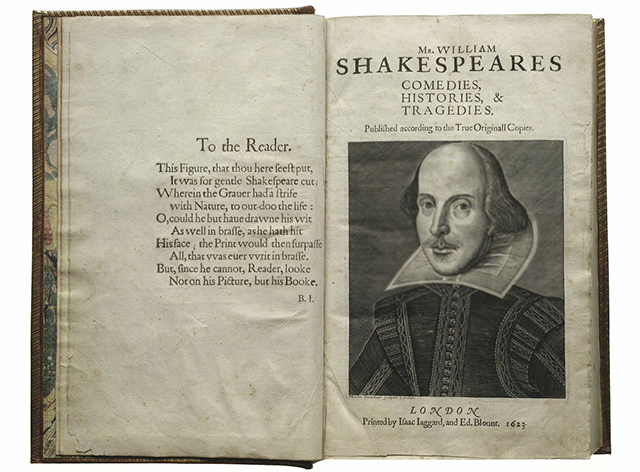 Heads up, Duluth: the Bard is coming your way. In 2016, the Folger Shakespeare Library will send copies of the First Folio to all 50 states, Washington, D.C., and Puerto Rico. Published in 1623, seven years after Shakespeare’s death, First Folios – the first collected editions of Shakespeare’s plays – are among the world’s most valuable books. (In 2001, a First Folio sold at auction for $6.1 million.) Just 750 were printed and 233 are known to survive today; the Folger has 82. In Minnesota, the University of Minnesota Duluth will display the First Folio for four weeks in the Tweed Museum of Art. Its pages will be turned to show “To be or not to be,” the famous line from “Hamlet.” The book will be accompanied by a multipanel exhibition, and UMD is planning related programs for the public and families.

Two things to enjoy at home for free: (1) The mysterious and fascinating Cuban pianist/composer Omar Sosa comes to the Dakota sometime this spring (date TBD). Through Monday, you can stream his new album, “Ile,” on NPR as part of their “First Listen” series. (2) If you’ve seen “Modern Spirit: The Art of George Morrison” at the History Center, or especially if you plan to see it (which you should, before it ends April 26), deepen your experience with “The Art and Life of George Morrison: A ‘Beyond the Book’ Special” now streaming at TPT’s website.

Tonight (Thursday, March 5) at the Ritz Theater in Minneapolis: “Into the Woods” preview. Theater Latté Da’s director Peter Rothstein must need a nap. His steampunk “Oliver!” ended Sunday at the Pantages and “Into the Woods” went into previews three days later. Rothstein sets Stephen Sondheim’s fairytale mash-up in a Bavarian beer garden, with Greta Oglesby as a witch and David Darrow as a baker. 7:30 p.m. FMI and tickets ($20-$45). Opening night is Saturday. Here’s an in-process video.

Friday at the Textile Center in Minneapolis: Opening reception for “Creepy Crawly: An Entomological Investigation of Textile Pattern.” From a distance, Jennifer Angus’ exhibition looks like wallpaper. Come closer and you’ll see that it’s thousands of real insects pinned to the walls in repeating patterns. What’s it all about? Inspired by children’s literature and the Victorian passion for collecting, seeking to “rehabilitate the image of insects” and perhaps help us get over our fear and revulsion, Angus has created a show you won’t soon forget. 6-8 p.m. Through May 16.

Saturday and Sunday at Hamline’s Sundin Music Hall in St. Paul: The Minnesota Philharmonic Orchestra: “Sectional Healing.” Cheers for the sly title, the concept (“this concert rips the orchestra asunder, dividing the group into sections performing as separate ensembles”), and the program: Ireland’s “A Downland Suite” and Stravinsky’s “Symphonies of Wind Instruments,” highlighting the winds and brass; Vaughan Williams’s “Tuba Concerto in F minor,” featuring the tuba; and “to make sure the orchestra has fully healed as one,” Falla’s “The Three-Cornered Hat, Suite No. 2.” Wit and creativity from music director Alexander Platt and his band. 7:30 p.m. Saturday, 3 p.m. Sunday. FMI and tickets ($18 adult/$12 senior/$5 student/child, save by reserving in advance).

Sunday at the Hennepin History Museum in Minneapolis: Fireside Chat: “The Ku Klux Klan in Minnesota” author talk and book signing. What was planned as just another Sunday-afternoon gathering in the museum’s Fireplace Room made the news when Facebook censored the event page for “violating community standards.” The museum’s new director (since December) Cedar Imboden Phillips still doesn’t know why, but she doesn’t mind the attention it has brought the small museum a half-block north of the mighty MIA. Historian, author and teacher Elizabeth Dorsey Hatle will talk about the rise and fall of the KKK in Minnesota and Floyd Olson’s prosecution of five Minneapolis members. Go early and/or stay after for a look around this charming museum and its historic mansion. 2 p.m. FMI. Free with museum admission ($5 adults, $1 children and seniors, free for members). 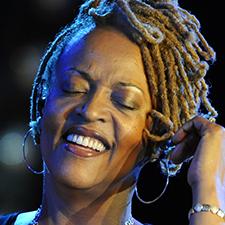 Tuesday and Wednesday at the Dakota in Minneapolis: Cassandra Wilson. One of our greatest jazz singers, the two-time Grammy winner has it all: a warm, earthy and sinuous contralto voice (you feel it in your bones as much as hear it with your ears), mad improvisation and interpretive skills, an impeccable sense of swing, originality, phrasing, timing, and a regal stage presence. It’s kind of crazy not to see her when she comes through, this time touring slightly in front of her new album of Billie Holiday songs, “Coming Forth by Day,” due out April 7. 7 p.m. FMI and tickets ($60-$40).