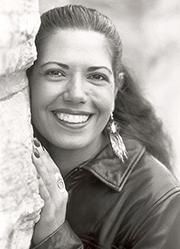 Five Minnesota writers have each won $25,000 McKnight Artist Fellowships, the Loft announced late last week. This year’s winners in the Creative Prose category include Susanne Aspley, who released her debut novel, “Ladyboy and the Volunteer,” in December. Yanktonai Dakota writer Susan Power earlier won the PEN/Hemingway and Milkweed National Fiction prizes; her latest novel, “Sacred Wilderness,” came out in 2014. Josh Ostergaard is the author of “The Devil’s Snake Curve: A Fan’s Notes from Left Field,” published by Coffee House in 2014. Shannon Gibney’s still untitled YA novel will be published by Carolrhoda/Lerner Books this fall; her writing has appeared in the anthologies “Parenting as Adoptees” and “The Black Imagination: Science Fiction, Futurism, and the Speculative.” 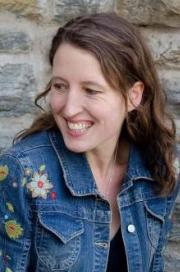 The McKnight for Writers in Children’s Literature went to Kelly Barnhill, author of “The Witch’s Boy,” “Iron Hearted Violet,” and “The Mostly True Story of Jack,” all novels for children, and a popular blog. Take a look at her posts about Harper, her beloved “one thousand year old dog,” who died in February.

The McKnight Artist Fellowships for Writers have been around for 33 years, a good, long time, and many artists have benefited from the breathing room and creative space a little cash allows. The Children’s Literature prize alternates annually between writers for children under age 8 and writers for older readers. The four other fellowships alternate annually between writers of creative prose and poets.

For its production last November of student Sarah Dewhirst’s play “My Soul: and Other Broken Things,” the theater program at Metropolitan State University has won the award for Outstanding Production of a New or Devised Work from the Kennedy Center American College Theater Festival, now in its 47th year. Distinguished Achievement nods went to director David Hanzel, scenic designer Kirby Moore, lighting designer Soren Olson, and sound designer Dan Dukich. The KCACTF encourages and celebrates the finest, most diverse theatrical productions from colleges and universities nationwide. Dewhirst is a senior at Metro State.

The 47th season of the Minneapolis-based choral ensemble VocalEssence is a diverse and ambitious lineup that includes the Midwest premiere of “Dreams of the Fallen,” with words by Iraqi war veteran and poet Brian Turner and music by composer Jake Runestad (Oct. 11); the a capella Mexican vocal jazz ensemble Vox en Punto (Nov. 15); a series of Christmas concerts featuring Nils Lindberg’s jazzy “A Christmas Cantata” for chorus and big band (Dec. 5-13); the return of the popular “River Songs and Tales with Mark Twain,” with Don Shelby as Twain (January and April, 2016); a performance by the Morehouse College Glee Club (Feb. 21); “Four Saints in Three Acts,” with a libretto by Gertrude Stein and a score by Virgil Thomson (March 19-20); and “Listener’s Choice LIVE” with Classical Minnesota Public Radio, where the program depends on votes from listeners from all 50 states (April 22, 24). Season tickets are on sale now. Individual tickets go on sale July 27.

Can you spell “transenna” and “electrolyte”? Sure, now you can, but what if you were a 12-year-old kid on stage at Augsburg College in front of a crowd? Max Meyer of Minnetonka Middle School kept his cool Saturday at the 7-County Metro Area Regional Spelling Bee and will compete in the Scripps National Spelling Bee in Washington, D.C. in May. Other top spellers were 13-year-old Mark Kivimaki (eliminated during round 13 for misspelling “badigeon,” whatever the heck that is); 13-year-old Elise Weier, cut for misspelling “zircon;” and 12-year-old Josephine Spanier, eliminated for misspelling “neritic.” We would have fallen on that one, too, assuming the judges had mispronounced “neurotic.”

Tomorrow (Wednesday, March 25) at Summit Brewery: “Minnesota Bicycling: A Work in Progress.” A discussion on bike lanes, sharing the road, and planning for the future, led by Lisa Austin, planning coordinator with MnDOT. Panelists are drawn from MnDOT, the Met Council, the Minnesota Department of Health, and the Humphrey School. Held in conjunction with the Goldstein’s exhibition “Design Cycles” A Bike Show.” In the Ratskeller Community Room. 6:30 p.m. RSVP and register here. Free.

Wednesday at the University of St. Thomas: Piper Kerman, author of “Orange Is the New Black.” In 2004, Kerman was convicted of transporting drug money and spent 11 months in a Connecticut federal prison. Her #1 New York Times bestseller became the Emmy- and Peabody-winning Netflix series. Her talk and book signing are less about celebrity, more about the war on drugs, the United States’ criminal justice system and the women who cycle through it. In Woulfe Alumni Hall, Anderson Student Center on the St. Paul campus. 7 p.m. Free.

Friday at the Fitz: Erik Larson with Kerri Miller. We’d love to shut down the computer, turn off the phone and curl up with Larson’s latest, “Dead Wake: The Last Crossing of the Lusitania.” Sunk by a German submarine on May 7, 1915, filled with civilians who thought they were safe from attack, the “Lusitania” is the other “Titanic,” a great ship lost with many souls on board. The New York Times calls Larson “one of the modern masters of popular narrative nonfiction … a subtle stylist who understands the tricky art of Edward Scissorhands-ing multiple narrative strands into a pleasing story.” Doors at 7 p.m., starts at 8. FMI and tickets ($25, $23 MPR members).

Friday at Orchestra Hall: Preservation Hall Jazz Band. The real deal, Pres Hal always delivers a fun, lively, infectiously joyous evening of genuine New Orleans jazz. Orchestra Hall – where they’re performing for the first time in five years – is only about a zillion times bigger than their humble home in the French Quarter. Their latest release, “That’s It!” is a collection of new compositions by members of the band, each one instantly timeless. You can’t go wrong. 8 p.m. FMI and tickets ($30-$70). 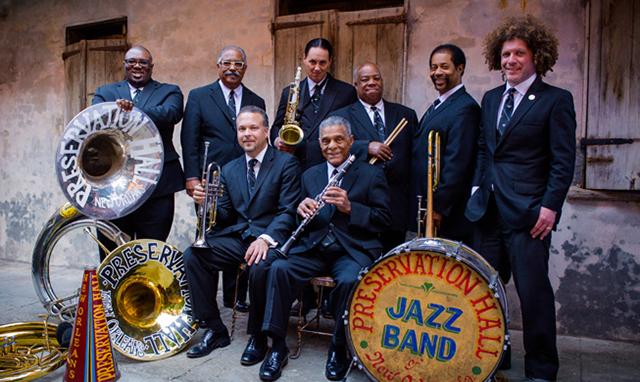 After 20 years as the Guthrie’s artistic director, Joe Dowling is stepping aside. His successor, Joseph Haj, will take the reins in July. On Tuesday, April 21, Dowling and Michael Riedel, theater columnist for the New York Post, will hold a public conversation on the Wurtele Thrust Stage about Dowling’s early years at the Guthrie and this season’s “A Midsummer Night’s Dream,” “The Crucible” and “Juno and the Paycock.” The discussion will be followed by a Q&A with the audience. 7:30 p.m. FMI and tickets ($15).