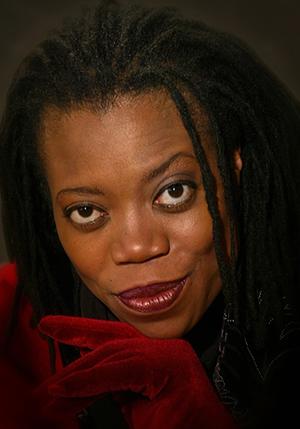 Photo by Tom Wallace
In Park Square’s 2015-16 season, Regina Marie Williams
will star as Nina Simone in a new play by Christina Ham.

Park Square Theatre is so excited about its 2015–16 season that it jumped its own gun when announcing it. A postcard mailed last week included a teaser for a play we won’t see until a year from now: the world premiere of a new commission inspired by jazz/blues legend Nina Simone, starring Regina Marie Williams, most recently Shug Avery in Park Square’s wildly successful “The Color Purple.”

Moving full speed ahead into its second year of managing, programming and promoting twice as many shows, now that it has twice as many stages – the new Andy Boss Thrust Stage opened last October – Park Square on Monday announced a full calendar of productions including two world premiere commissions, four regional premieres, and the first Midwest licensed production of a wacky, award-winning “miniature musical.”

There isn’t an overall theme to the season, but what you see when you view it as a whole is how diverse it is, with plays and roles by, for and about women, people of color, children of immigrants, kids and oldsters. Some plays are serious, some are funny, and many include music. Two offer twists on works by Charles Dickens.

We spoke on Monday with Richard Cook, Park Square’s artistic and managing director since 1979, about the new season, his goals, the challenges and what’s in store. 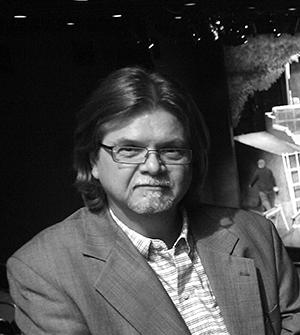 MinnPost: Park Square’s tagline – “theatre for you. (yes you.)” – has become more pertinent and meaningful. It used to seem mostly about the audience, but now it also speaks to actors, directors and playwrights. How has your mission evolved or changed?

Richard Cook: I have taken on as a personal cause in the last few years to open up my head on behalf of the community. My internal mantra has been that when I retire in a few years, I want to make sure that Park Square is so embraced by the community that it will always be protected – that it has no codependency on any individual; that it is about our town, our city, our artists and audiences and is well recognized for that. For that to be true, we have to earn it [by being] firmly planted in our current century.

[Park Square] grew up in the last third of the 20th century. We are 40 years old now, and repeating ourselves at a really high artistic level is insufficient to justify our future. And so I’m looking for a new future, I guess. The way an artistic director can do that is to start with where you are. It is with the stories we tell and who tells them; it is with the artists. And so I have started there.

What is really pleasing me right now is that same energy is being picked up and reinterpreted, not only by [executive director] Michael-jon Pease and other leaders in the organization on the staff level, but also the board has caught the fever and it is pretty exciting. I think maybe the Boss Stage has been the challenge and the catalyst for us to get real about all of these things. But it is also because we now have the tools to take our potential and play it out in an unprecedentedly rich way. No one else in town right now has our assets and our flexibility.

MP: What do you mean by “tools and assets”?

RC: We have the two stages. We have the facility around us, and double rehearsal halls, one of them set up for quick professional readings. So there are the assets of the facility.

[The population] of who is interested in working here has continued to become richer. Starting Thursday, we go into 32 hours of general auditions for next season. This is an access point for a lot of talent to put their faces in front of us. Megan West, our production manager, opened this up to other directors who aren’t necessarily working at Park Square right now, so sometimes there will be 10 or 12 directors in the house. The talent will only have a few minutes, but they will be viewed from lots of perspectives in those three minutes, so I think it is mutually valuable.

We did general auditions for the first time last year, but for three specific plays where the directors were in the house. This year, we are taking a broader view. We will be casting by invitation and additional auditions and lots of callbacks, but this is a great way to get the next season started.

[In a follow-up email, Cook wrote: “I count 468 actors who have appointments! There is also a roster of over 20 directors. A couple of us … will be in the room for all 32 hours of auditions. Others will be coming and going throughout the four-day extravaganza.”]

MP: A moment ago, you said something about retiring in a few years.

RC: We’ll be making an announcement in the near future. I’m not ready to do that yet, but I’ve been talking to my board. … I have to get out of the way at some point.

RC: It is becoming more and more important that this theater be hosting the work and sometimes creating the work of living writers, because that contemporary heartbeat is more diverse and more connected to a broader cross-section of our community. … Exploring what that means is part of what the season is about.

It is coincidental that we have a world premiere on both stages, but I love it. I think it is a great metaphor. That wasn’t the original goal, but when it fell into place, it was like – well, that’s cool!

I don’t want the Boss Stage to become stereotyped as being the place where we do that kind of play or this kind of play. I want [it to be] part of Park Square and everything that happens at Park Square. I try to put a show in the space that will best serve the show and the audience for that show. … Finding the right kind of nest for each project is part of the fun now.

[The Boss Stage and the Proscenium Stage] are not in different universes. They are different qualities, and I don’t mean that in terms of value, I mean that the essence of the experience is different.

MP: What was your biggest challenge in pulling this season together?

RC: I did not have the rights for “Murder for Two” until four days ago. I didn’t even have a verbal “Yes, you have it, Richard” until Thursday night. That is way too close! You are making me old fast!

RC: Yeah, but I really wanted “Murder for Two.” It’s a great piece of theater. I saw it in the Chicago Shakespeare Theater when it was first being created, five or six years ago, and it was so much fun, and it got a [Chicago’s Joseph] Jefferson Award for Best New Musical … and I was totally charmed by it.

I wanted to keep an annual mystery in Park Square’s programming. … I also wanted to continue to redefine the breadth of what that means. So this is a piece that is musical, comedy, mystery, all smashed together with just two guys. And I put it on the Boss Stage because again, I want people to know that the Boss is a place for entertainment in a wide range of spirits and styles.

MP: What is this season’s “Ragtime” or “Color Purple”?

RC: There is no blow-out single piece. There are popular pieces that are anchors in many ways, from “Murder for Two” to “Snow Queen” to “Calendar Girls.” We’re putting a lot into the re-creation of “Snow Queen.” It is totally through-composed; it is all sung. Almost like an operetta, or an oratorio. … One of the fun things about musical theater these days is it’s really kind of a mash-up. There is so much being done that doesn’t fit the old definitions, and this is one of those pieces. It is a theater piece that is chock-full of music, but it doesn’t fit a traditional mold.

MP: Joel Sass is doing his own adaptation of “Great Expectations”?

RC: Yes. He pitched this to me a couple of years ago, and right away I said, “I hope you develop that.” Then last year I went to him and said, “Please do! And can we do the world premiere?” and he said yes.

MP: Your press release says that Sass wants to make the story more resonant for Park Square’s increasingly diverse audiences, and he’s been researching the history of black and biracial Britons in Victorian society. Is he planning to cast a black actor in the role of Pip?

RC: I don’t know what will happen, but he put that out. With every director these days, I’m saying, “How can we explore diverse casting legitimately in this piece, for this piece?” I think that is probably where we will go, with a black or mixed-race [Pip]. When you think about it, the British Empire was pretty diverse.

MP: Will the actresses get naked for “Calendar Girls”?

RC: It is designed like a burlesque, so it’s all tease. You never quite see everything.

MP: What are you most excited about and why?

RC: Like I said, we don’t have the single blow-out piece. Each of these plays is a precious thing.