Craft is more than ceramics and textiles, metal and paper, wood and glass. It’s also coffee and tea, beer and Scotch made thoughtfully, artfully and with care. “The whole making movement is about being mindful of process, of what goes into something,” Pamela Diamond explained.

Diamond is marketing director for the American Craft Council, the national nonprofit based in Northeast Minneapolis that launches each spring with one of the year’s best craft shows. Now in its 29th year, held indoors at Saint Paul RiverCentre, the ACC Show (April 10-12) will host more than 225 juried artists from across the U.S. Some 10,000 people are expected to attend – to browse, buy, meet the artists and, Diamond hopes, learn why a vase at ACC costs more than a vase at West Elm.

New this year, the Let’s Make Inspiration Station invites visitors to work alongside artists and try their hand at throwing a pot, marbling paper, weaving and bead making. Samples are available of craft beers from local microbreweries and Scotch from Balvenie. At the Baltimore ACC in February and the Atlanta ACC in March, Let’s Make was a “buzzing beehive of activity,” Diamond said, “bringing all the generations together.”

Also new: Hip Pop, a chance for emerging artists to experience ACC and learn from the masters around them. “Emerging” doesn’t always mean fresh out of school. “One of our artists is a microphysicist who started woodworking,” Diamond said. “Another is a ceramic artist in her 60s who spent her career in the corporate world.” Two dozen Minnesota artists will make their ACC debuts in pop-up Hip Pop shops.

The popular Make Room feature returns with a twist. As before, local designers will create room vignettes inspired by objects of fine craft: handmade furniture, textiles and decorative objects. This year, each will design around a theme: earth, air, fire or water. Also back: the Charm Collection. Can’t afford or not ready to buy a major piece of jewelry from an ACC artist? Start with a charm. 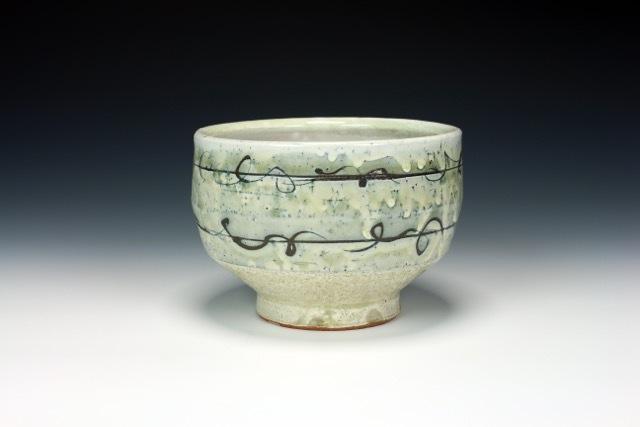 Courtesy of the American Craft Council
A bowl by Matthew Krousey of St. Paul

Those are the new or new-ish attractions at this year’s ACC. The core of the show remains the aisles of roomy, well-lit, well-designed booths filled with beautiful things for your home, table and person, and artists who are happy to tell you about them. And ACC will always be one of the top places to shop for handmade gifts.

Tesfa Wondemagegnehu, manager of MPR’s choral works initiative and tenor extraordinaire, is about to sing his most mythical role: the Greek warrior Achilles.

Based on “The Iliad,” it’s an evening-length tale of love and war, the will to power, stubborness, caprice and revenge.

Walker thought Homer’s epic poem could use some music. Two years ago, he thought the same for parts of the Old Testament. His first major composition, “7 Psalms,” set psalms to music for jazz quartet, soloist and 15-voice choir. More than 600 people came to the premiere at Bethel College.

“I was interested in doing a foundational story to Western culture,” he said. “I had read ‘The Iliad’ years ago and remembered loving some of the imagery in it, and the elemental language, and you can hear echoes of it in so much literature up to Hemingway and Faulkner. That’s what drew me to it originally – and naively, because it’s such a huge story.”

Walker pared it down, largely eliminating the gods and focusing on Achilles, Agamemnon and Hector. He studied and read and arrived at his own conclusions about the story: Nothing is really accomplished, except a lot of people die. Nothing is really learned. Out of the ugliness comes a great work of art, with moments of humanity and glory.

Did he ever feel he had bitten off more than he could chew? “All the time!” Walker laughed. “There were a lot of sleepless nights where I thought – I’m really in trouble. I announced the piece before it was written, simply because it was so huge that I knew I wouldn’t write it without the pressure.”

While working on “The Rage of Achilles,” Walker listened to Duke Ellington and string quartets by Beethoven and Bartok. Sometimes he switched to Paul Simon or the Broadway cast recording of Sting’s musical “The Last Ship.” He found the singer/songwriter music especially helpful. At first it was background, but it led to more singable music in “Rage.” Everything for the singers is composed; the instrumental musicians improvise, but the singers don’t.

Walker is eager to see how an audience responds. “It swings really hard, and it’s extremely melodic. I think it’s pretty thrilling. And you’re going to hear three of the finest singers you can hear, in a singular context. These are magnificent artists, so that would be the main thing.”

“The Rage of Achilles” is part of the Minnesota Orchestra’s Jazz in the Atrium series at Orchestra Hall, which Walker curates. The concert takes place Thursday, April 16, at 8 p.m. FMI and tickets ($25).

Now at McNally Smith College of Music: “Art-Inspired Music Project.” Thirty-three musicians and composers have interpreted 32 works by Minnesota artists in this intriguing show. Pairings include a painting by Ta-coumba Aiken with music by Aleksander Glauvitz, a mixed-media corset by Erica Rasmussen with music by Sarah Owen, a video by animator/filmmaker Tom Schroeder with music by Brandon Beazer, ceramic wall art by Monica Rudquist with music by Daniel Caton, and a composition by Adi Yeshaya, “A Night in the Forest,” with linocuts by Alex Poeping. Listen on headphones while viewing the art. In the lobby through April 30. Related: On Thursday, April 16, at 6 p.m., Minnnesota Museum of American Art curator Christina Chang will talk about the relationship between Robert Rauschenberg and John Cage in the early 1950s, and how Rauschenberg’s “White Paintings” inspired John Cage’s silent work “4’33”.” After Chang speaks, McNally Smith alum Adam Conrad will speak on “Conduction,” a form of structured free improvisation invented by musical innovator Butch Morris, and give a brief demonstration. 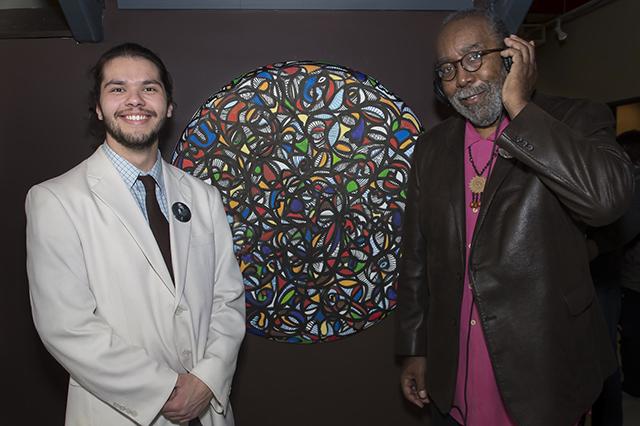 Tonight (Tuesday, April 7) at the University Club: “The Great Gatsby: The Jazz Age.” A talk by U of Wisconsin-Eau Claire English professor Joel Pace on the jazz influences found in Fitzgerald’s novel, with music by the reggae/jazz/hip hop collective Irie Sol, which recently recorded an album based on Fitzgerald’s short stories to be released later this year. Presented by Fitzgerald in Saint Paul. 6:30 p.m. social hour with cash bar, 7:30 program. Free and open to the public.

Saturday at Pillsbury House Theatre: Livestream of “Cécile McLorin Salvant Sings Billie Holiday.” As part of Jazz at Lincoln Center’s Micro-Concert Network, Pillsbury House can broadcast select concerts live in HD. One of today’s most exciting, authoritative and inventive young jazz singers, Salvant pays homage to Holiday by digging deep into her catalog. 8:30 p.m. Free, but reservations are recommended. Salvant returns to the Dakota on June 23-24.

Director/screenwriter Christopher Nolan, who revived the ailing “Batman” franchise with his “Dark Knight” films and also brought us “Memento,” “Insomnia” (with Al Pacino and Robin Williams), “The Prestige,” “Inception” and, most recently, “Interstellar,” is a Hollywood superstar whose films have earned a cool $1.8 billion at the box office. From May 7-24, he’s the subject of a Walker retrospective, and on May 5, he’ll be here in conversation with Variety’s chief film critic Scott Foundas. FMI and tickets ($30/$25). Tickets go on sale first to Walker Film Club members today (April 7) at 11 a.m., then to Walker members on April 14 at 11 a.m., then to the general public on April 21 at 11 a.m.