In between are 190 feature films and over 100 shorts, parties, panels, occasional free popcorn, and appearances by actor Vincent Kartheiser, director Jamie Bernstein (daughter of Leonard) and superstar animator Bill Plympton, among many others.

It’s the largest film event in the Upper Midwest and one of the largest and longest-running in the country.

Where to start? What to see? How to navigate, wrangle and conquer the beast? How not to go broke? For expert advice, we turned to the two top people at MSPIFF (miz-piff): executive director Susan Smoluchowski and programming director Jesse Bishop. From them, we gleaned eight (actually nine) tips that will be useful whether you’re a first-timer or a pro.

1. Use the website. Quick, thorough, easy to figure out, the MSPIFF website is your friend. From the Films & Events page, you can search in six different ways (and countless combinations among them) to find exactly what interests you, or just browse.

Browsing is highly recommended, since it leads to discovery. (Remember the old Blockbuster days, when you wandered the aisles in search of a movie? It’s like that, but without the stinkers.) Every film in MSPIFF is an award winner. Many are coming straight from other festivals like Sundance. All are regional, national or international premieres. MSPIFF is your only chance to see most of them on a big screen.

For broader-brush searches, look under Program or Voice. New this year: the “Cine Global” program, a curated selection of 50 films representing Minnesota’s growing international communities, from Hmong to Somali, Ecuadoran to Chinese. “We want our programming to be relevant to all populations,” Smoluchowski said. “Cine Global is very near and dear to my heart.”

Voice is more of an I’m-in-the-mood-for search. Want a comedy? Click “Laugh Out Loud.” Is it date night? Try “Show Me the Love.”

You can also search in more traditional ways – by genre (where you’ll find Arts, Dance, Literature and Music), country and/or language. Maybe all you want to see are French films, or Danish, or Kurdish. You can do that. This is truly an international film fest, with more than 60 countries represented. All films not in English are subtitled.

Or forget the whole search thing and just check the schedule. “I always recommend people start with when they’re available.” Bishop said. “There are movies playing all the time. If you know you want to go out on a Saturday night, look there.” The schedule shows when each film starts and ends, should you want to see more than one on the same day or evening. All films screen twice, on different days at different times.

Almost all films, with very few exceptions, are shown at the Film Society’s St. Anthony Main Theatre, so you won’t be running around from venue to venue. There are five theaters at the St. Anthony Main.

2. Use the website. Same tip, different reasons. New this year: As you search or browse, you can add films to your own online calendar. And, for the first time in the festival’s history, you can buy tickets online, in advance.

So you can create a wish list, turn it into a schedule, pay for your tickets, show up at the theater and sail in.

3. Save money. General admission tickets to regular screenings are $12. For Film Society members, tickets are $10; for students with ID, $6.

Can you bring your own popcorn? Silly question: no. “But one of our sponsors is going to buy popcorn from the theater and hand it out on random days when he’s here,” Smoluchowski said. So there’s that.

4. Roll with it. Say you show up at the theater to see a particular film, you didn’t buy your ticket in advance, and when you arrive, it’s sold out. What then?

“A lot of people will go to another film playing ten minutes later,” Smoluchowski said. “Often, people will surprise themselves and find that they have just seen one of their favorite films ever. Part of [Film Fest] is about discovery. We want people to be surprised.”

5. Go to at least one party or panel. “We have a lot of parties,” Smoluchowski said. “All of them are a really good deal. Most are $15 to get in, with drinks, food, interactions with filmmakers and music.” Choose “Party” in the Program menu on the Films & Events page to learn what’s happening when.

“The panel discussions are all free for anyone who wants to come,” Bishop said. There are panels on making music videos, women and film, editing, and crowdsourced funding, to name a few. The panels are held in various places including McNally Smith and the Amsterdam in St. Paul. Choose “Panel Discussion” in the Program menu on the Films & Events page to learn what’s happening when.

6. See at least one of these films. We asked Smoluchowski and Bishop to name some films they consider unmissable, for whatever reason. Of course it’s the festival’s position that all of the films are terrific. But these are the ones that came up in conversation.

Bishop likes “The Russian Woodpecker.” It’s “a mysterious documentary about the Chernobyl disaster, and it follows an artist, Fedor, who survived it, and he’s investigating what happened. … He learns you can’t really trust anybody. At one point, he doesn’t even trust the filmmaker.”

Smoluchowski named “The Outrageous Sophie Tucker.” It’s about “a vaudeville artist who was totally outrageous, working in an industry dominated by men … fascinating and funny.” And “Victoria,” an award winner for cinematography, filmed in one continuous 134-minute take. “It’s a heist movie and a thriller, very exciting to see.”

Bishop notes that “there are a lot of really great Minnesota films in the festival. One is by Britni West, who formerly lived here and went to MCAD; she now lives in New York.” Her film is “Tired Moonlight,” a film Bishop describes as a “poetic narrative about small-town life, shot on 16mm film. It has a nostalgic feeling to it, and it’s really beautiful.” Bishop also likes “The Connection,” a “great retake on ‘The French Connection.’ Violent, epic, and a tour-de-force.”

Smoluchowski calls “Madame Bovary” a “sumptuous” film. It’s “based on the novel and made by a young woman director with connections to the fashion industry in Paris. The costuming is beyond belief.”

Other obvious choices: opening night’s “The 100-Year-Old Man Who Climbed Out the Window and Disappeared” and closing night’s “Love and Mercy,” the Brian Wilson biopic from producer Bill Pohlad , whose previous films include “12 Years a Slave,” “Brokeback Mountain” and “The Tree of Life.” Both are sold out, but both are almost certain to return for runs in commercial theaters. 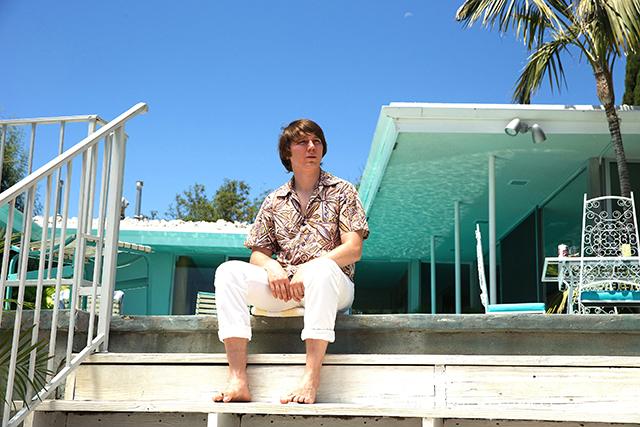 7. Enjoy the neighborhood. The St. Anthony Main Theatre is in one of the Twin Cities’ most beautiful locations, on the riverfront facing downtown Minneapolis. Northeast is full of shops and restaurants; many offer two-for-one deals to festivalgoers with ticket stubs. In good weather, the area is eminently walkable.

The Aster Café down the hall from the theater will host the opening night party and offer daily specials. “They’re preparing a special menu people can order from if they’re between movies and need to grab something quick,” Bishop said. “We’re also partnering with Mattie’s on Main. They’re having a generous Happy Hour from 11 a.m. until 6 p.m. every day, and a late-night Happy Hour.” (That sounds more like Happy All Day.)

The No. 1 reason people attend arts events, says the National Endowment for the Arts, is to socialize with friends or family. Because talking about movies with your friends is as important as watching them, the Aster will open its private River Room next to the Café for the festival’s duration. “They’re keeping it open every day from 5 o’clock on,” Smoluchowski said. “Nobody who wants to talk afterwards has to go somewhere else.”

8. Heed the ultimate insider tip(s). We asked, “What one thing will improve anyone’s film fest experience?”

Bishop: “Go to the films that have guests” – directors, actors, or cinematographers.  “It seriously changes your perspective on a film. Then interact with them after. Ask a question, because for sure, half the audience is thinking of that same question.”

Smoluchowski: “Especially if you’re new to this, treat it as an opportunity to discover things. Be willing to be surprised and you’ll be happily surprised.”