The time: almost 50 years ago. The place: a basement where Chelle and Lank, brother and sister, hold rent parties and spin the latest Motown tunes. Outside, seen as a glow through a glass block window, a city burns.

The final play in Penumbra’s 2014-15 season, Dominique Morisseau’s “Detroit ’67” feels depressingly contemporary in its depiction of racism and police brutality. (And eerily of the moment, with the news out of Baltimore.) Winner of the prestigious Edward M. Kennedy Prize for Drama, it’s part of a trilogy Morisseau is writing about Motor City, her hometown.

August Wilson told stories of black lives in his “Pittsburgh Cycle”; Morisseau means to do the same in her “Detroit Projects.” Penumbra is looking at producing her other two plays in the future, and we hope they do, because “Detroit ’67” is a wrenching, captivating, lyrically written night of theater.

The entire small cast is strong, but we couldn’t take our eyes off Austene Van, whose complex, guarded Chelle is the center of the play. As Lank’s (Darius Dotch) big sister and mother to a son off at college, she’s managing what’s left of the family, keeping them safe. Jamecia Bennett and James T. Alfred (whom you might have seen in Fox’s hit series “Empire” as Tyree, owner of Ghetto Ass Studio) get plenty of stage time as their best friends, mouthy Bunny and smooth-as-silk Sly.

Chelle and Lank’s parents have left them the house in Detroit and a bit of money, which Chelle has earmarked for her son’s education. So Chelle isn’t happy when she learns that Sly has talked Lank into buying a neighborhood bar. Lank sees it as their way up and out; Chelle sees it as betrayal. The violent and deadly 12th Street riot of 1967, sparked by a police raid on a speakeasy similar to the one in Chelle and Lank’s basement, threatens their very existence as nearby buildings are torched and National Guard tanks rumble by. Add to this a further complication: a white woman (Elizabeth Efteland) is hiding out in their home.

With scenes linked by a Motown soundtrack, “Detroit ’67” powers along, adding layers of story to the characters, holding out hope, then snatching it away. Shirley Jo Finney’s direction brings out the best in everyone. Mathew LeFebvre’s basement set is so convincing it’s almost a shock to remember where Penumbra really is, on the ground floor of the Hallie Q. Brown Community Center. His glass block window is a stroke of genius.

“Detroit ’67” is an important play by a fast-rising playwright who is making her mark on theater and our culture. And then there’s Van’s performance, so nuanced, powerful, expressive and real it will likely bring you to tears. She pours her whole slight self into the role of Chelle, planning, working, grieving, fiercely protecting what she loves, dancing to the music. Her final dance will burn itself onto your brain.

“Detroit ’67” is Dominique Morisseau’s first play at Penumbra, but we already know it won’t be her last. Her “Sunset Baby” closes Penumbra’s 2015-16 season, announced today. That play is not part of the “Detroit Project” – it’s set in New York in the present day – but it has a strong woman at its core.

Penumbra’s 2014-15 season was titled “Womansong,” with a focus on women’s stories and female playwrights. The new season, its 39th, is called “Revolution Love.” Co-artistic director Sarah Bellamy explained that the season “reflects our urgent need to consider the state of our nation and to determine how we can ensure the safety of all Americans.” Co-artistic director Lou Bellamy characterized it as a “rigorous exploration of issues of race and social justice.”

If you want light entertainment, you’ll have to go somewhere else. Penumbra is about social justice, social change and moving humanity forward. Surely we can all get behind those goals. Season tickets are available now by phone (651-224-3180) and online starting Friday.

Feed your head with a week of intriguing talks, plus lunch at the Dakota.

Tonight (Tuesday, April 28) at the Anderson Student Center, University of St. Thomas, St. Paul campus: Laura Ling: “Journey of Hope.” In March 2009, while reporting on the trafficking of North Korean women, journalist Ling and her colleague Euna Lee were detained by North Korean soldiers along the Chinese-North Korean border. They were arrested and held captive in North Korea for 140 days. Ling’s talk will likely draw from the book she wrote with her sister Lisa about her harrowing experience. 7 p.m. in Woulfe Alumni Hall. Free.

Tonight at the Merriam Park Library: Untold Stories Labor History Series: “Playing at Work.” Now in its 17th year, presented by the Friends of the Saint Paul Public Library, this series explores the changing landscape of Minnesota workers. Professional musicians are workers, too, and tonight’s event focuses on their lives. With Julie Ayer, author of “More Than Meets the Ear: How Symphony Musicians Made Labor History,” music teacher Todd Harper, Minnesota Orchestra violinist Catherine Schubilske, and retired SPCO violinist Leslie Shank. This should be ear-opening. 7 p.m. Free.

Wednesday at the Humphrey School: 21st Annual David Noble Lecture Featuring Louise Erdrich. Author of 14 novels, winner of the National Book Award, recent winner of the Library of Congress Prize for American Fiction, Erdrich will give a talk titled “Sugarbush Summer: Reflections, Readings and the Future of Snow.” Her topic: the Indigenous resistance in the upper Midwest and the United States and the new challenges facing Indian Country including extreme fossil fuel extraction. 7 p.m. in the Cowles Auditorium. Free. 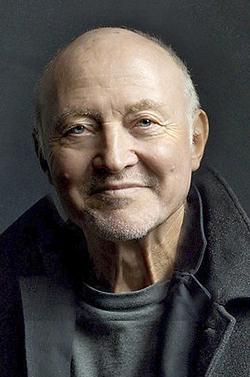 Wednesday at the Walker Cinema: Mack Lecture: Sylvère Lotringer on Antonin Artaud. The cultural theorist talks about one of the most influential thinkers of the modernist period, discusses his forthcoming book “Mad Like Artaud,” and screens a selection from his new film project, “The Man Who Disappeared.” 7 p.m. Free. Tickets available one hour before the event.

Thursday at the Dakota: International Jazz Day Global Concert Viewing Party and Lunch with Madeleine Peyroux. The highlight of International Jazz Day, now in its 4th year, is a concert featuring many of the world’s great musicians. See the first two hours on the Dakota’s big TVs as the concert streams live from UNESCO headquarters in Paris. The line-up includes Herbie Hancock, Wayne Shorter, Hugh Masekela, Al Jarreau, Annie Lenox, Dianne Reeves and Femi Kuti, to name a few. Peyroux performs at the Dakota that night and will join the viewing party. Two options: $39 for the main floor and a prix-fixe lunch, $10 for the mezz and a beverage. 11:30 a.m. Call 612-332-5299.

Thursday at the U’s Regis Center for Art: Visiting Artist Talk: Ruben Nusz. We’ve been kind of crazy about this Twin Cities-based artist and colorist since his one-man show at the Weinstein, “Severed Hues.” We have no clue what he’ll say at this event, but here’s a bit of what he said in March at a Walker gallery talk: “A painting is not a television. A painting is more like a mosquito. Its point is to pester and draw blood.” 7 p.m. Free.