After next weekend, dozens of University of Minnesota dance students can add this to their résumés: “Martha Graham Dance Company, Northrop, 2015.”

Given Graham’s stature in dance and American culture – the mother of modern dance, Graham (1894-1991) transformed the art form, and the dance company she founded is one of the most revered in the world – this is a very big deal. Junior Abby Taylor, a dance major and one of the students chosen to dance alongside the Graham dancers, called it an “incredible opportunity.”

On both nights, students will dance Graham’s “Panorama,” choreographed by Graham in 1935 as a rallying cry for social activism. They will follow her steps, use her signature contraction and release movements, and wear costumes she designed.

The performances cap an intensive residency with former Graham dancer and master teacher Susan Kikuchi, who auditioned the students and led them in three weeks of rehearsals, six days a week. For the students, it was rewarding, mentally demanding and physically challenging. 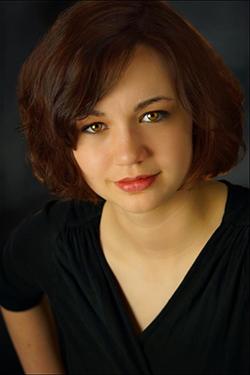 “The experience of learning a piece so quickly, cleaning it, perfecting it, then performing it, all in the span of three weeks, is loaded with invaluable skills of thinking on your feet and being able to adjust to changes and take corrections,” Taylor said. But “the piece is so complex. There are so many moving pieces. … The meters are always changing, and it’s really fast. The counts are syncopated and all over the place.”

Plus “Panorama” is hard on the body. “There aren’t a lot of steps, but there is a lot of repetition, and it’s high-impact. There’s a lot of jumping and landing on the same leg. We all had swollen calves.”

What is it like to learn a dance created 80 years ago? “I was expecting it to feel old and dated,” Taylor said. “But there is nothing like it happening right now, and it still feels fresh and shocking to watch. … The message that Martha Graham was trying to get across – of social action, and gathering together as a group but still remaining individuals – is timeless and relevant. Discovering that has been really surprising to me.”

For Christine Tschida, the Graham residency represents years of planning that began soon after she became Northrop’s director in 2012. Tschida had spent several years in New York as an agent for dance companies including Martha Graham, so she knew about its work with students.

“When I first came to Northrop, all of the language was around incorporating the arts programming and our presentations with the academic life of the University,” Tschida said. “The first company I thought of was Martha Graham.

“I knew the teaching residency would be ideal for what we’re trying to do here at Northrop, not to mention that Graham’s work touches so many other disciplines. She worked with the top artists of her day, and fashion designers, and her work had a social conscience. She had a basis in Greek mythology and she studied Jungian psychology. So here was an artist whose intellectual activity was crackling, and I thought – this is someone we can connect to many different academic disciplines. That fit with the concept of the new Northrop.

“And always, my goal for the Northrop Dance series is to present the very best dance available, and I think this company is one of the greatest dancing today.”

Taylor agrees. “To be able to perform at Northrop next to these phenomenal dancers, to get a glimpse into Martha Graham’s world and her school, is something special. We are all feeling fortunate to be part of it.”

The Martha Graham Dance Company performs at Northrop on Friday, April 10, and Saturday, April 11, at 8 p.m. FMI and tickets ($44-$64). Arrive early either night for a free performance preview in the Best Buy Theater.

The Minnesota Fringe Festival may be coming to a neighborhood near you. Announced last week, its 2015 lineup of 25 venues includes 15 stages in 11 locations plus 10 site-specific performances. “It really feels like we’re taking over the city,” executive director Jeff Larson said. Brand-new this year: the Nimbus Theatre in Northeast. Back after an absence: the Ritz and its studio space. Sort-of new: the Phoenix on Hennepin, formerly the Brave New Workshop Student Union. Site-specific performances happen “all over the place – from a bathtub to someone’s mom’s backyard to a school bus to a couple of walking tours.” The 11-day festival (July 30-Aug. 9) will feature 175 productions of theater, dance, spoken word and more, all chosen by lottery in February.

Sen. Al Franken is hosting his fourth annual poetry contest for Minnesota students. This year’s theme is “Celebrating the Veteran in My Life.” The contest is open to all students in Minnesota grades K-12. Submission deadline is April 17. FMI.

To the list of awards won so far by poet and Gustavus professor Matt Rasmussen, add the Holmes National Poetry Prize, a $5,000 honor bestowed annually by Princeton University. Rasmussen’s first book, “Black Aperture,” won the 2013 Walt Whitman Award and the 2014 Minnesota Book Award for Poetry. It was a finalist for the 2013 National Book Award.

Tuesday, April 7, at 318 Café in Excelsior: Books & Bars: “The Martian” by Andy Weir. This is the first of three Books & Bars events devoted to a book that bluntly begins “I’m pretty much f*****.” NASA astronaut Mark Watney, a botanist and mechanical engineer, is stranded alone on Mars and must figure out how to survive for 1,412 days until the arrival of the next Mars expedition. Weir’s first novel is about as techy, mathy and nerdy as science fiction gets, yet it pulls you along from one crisis to the next. You can talk about it with MPR’s Jeff Kamin, then see the movie, due in November, directed by Ridley Scott and starring Matt Damon. Social hour 6 p.m., discussion at 7. Also April 14 at the Republic Calhoun Square in Minneapolis and April 21 at the Happy Gnome in St. Paul (where things start earlier: social hour 5 p.m., discussion 6:15). Free.

Wednesday, April 8, at the Parkway: Nicholas David on “The Lowertown Line” at the Parkway Theater. A star on “The Voice” in 2012, Nick “The Feeling’” performs an all-ages show to be aired later this year on TPT’s hometown music series. Multi-instrumentalist Barbara Jean opens. 7 p.m. FMI and tickets ($5).

Thursday, April 9, at the Minneapolis Institute of Arts: “Tim’s Vermeer.” How did Dutch master Vermeer paint so photo-realistically 150 years before photography was invented? It’s one of the great mysteries in art, and Texas-based inventor Tim Jenison might have solved it. This acclaimed documentary was produced by Penn & Teller. 6:30 p.m. FMI and tickets ($5; free for MIA members).

Sunday, April 12, at Colonial Church of Edina: Musicians from the Minnesota Orchestra and Minnesota Opera perform their Second Annual Concert to Benefit Safe Hands Animal Rescue. Since its founding in 2006, Safe Hands has rescued and placed more than 3,200 dogs, most from high-kill shelters. Several members of the Minnesota Orchestra and the Opera’s orchestra have adopted or fostered Safe Hands dogs, so this event is near and dear to them. The program includes music by Rossini, Britten, Beethoven, Ravel, Mozart and Elgar. Concert at 3 p.m., social hour at 5 with light snacks and refreshments. $20 suggested donation at the door.

Martha Graham’s ‘Panorama’ to include U of M dancers