Why commission a new work for orchestra? Paul Grangaard had many reasons for jumpstarting and funding “American Nomad,” a trumpet concerto by Twin Cities-based composer Steve Heitzeg that will have its world premiere next week at Orchestra Hall.

As a college student in Italy, Grangaard saw many beautiful paintings that had been commissioned by individuals. “That’s when it struck me that art will happen no matter what, but it thrives if people support it,” he said in an interview at Orchestra Hall.

A longtime Minnesota Orchestra board member, Grangaard is close friends with Charles Lazarus, one of the orchestra’s four trumpeters. He’s also an amateur trumpeter. He studied with one of Lazarus’ predecessors and still practices when time allows; his day job is president and CEO of men’s shoe manufacturer Allen Edmonds.

“When I do practice, I play the same two trumpet concertos over and over again, the Haydn and the Hummel,” Grangaard said. “I thought we should have a great American trumpet concerto.” And that Lazarus should be first to play it.

Grangaard knew and admired the work of Emmy-winning Twin Cities composer Steve Heitzeg and asked Lazarus what he thought. “Steve wrote great trumpet fanfares between movements of his ‘Nobel Symphony,’ and I just loved them,” Lazarus said. “His sound is so contemporary and so American, and he can write a great melody.” 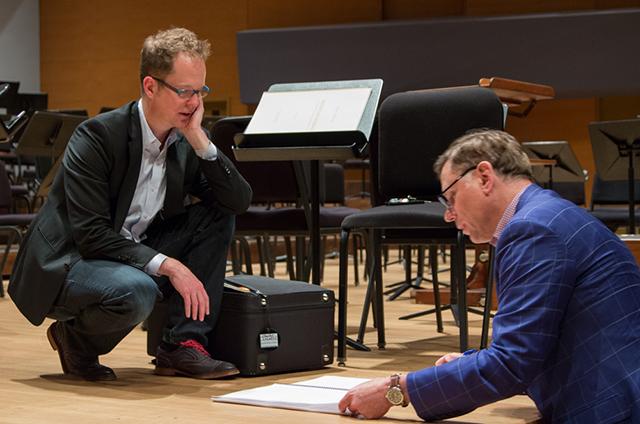 The deal was struck, with two requests from Grangaard: include “American” in the title and “don’t make it so hard that only Chuck can play it.” Because Lazarus is equally adept at classical music and jazz, Heitzeg could leave room for improvisation. “I don’t think you could write a great American trumpet concerto without improv,” Grangaard said. “American Nomad” is that relatively rare hybrid that gives both the orchestra and the improvising soloist something meaningful to do.

Clocking in at around 22 minutes, with three movements titled “Avenue of the Americas,” “Little Hymn to the Fields” and “Trip (Where the Chords Have No Name),” it journeys from sea to shining sea, starting in New York City, moving through the South, the Great Plains and the North, through the desert and redwoods to the California coast. It’s wistful and ebullient, tragic and hopeful.

Along with full orchestra, the instrumentation includes an armature bar from the Statue of Liberty, New York City subway track spikes, two fallen branches from a Joshua tree, beach stones from the Pacific Ocean, and a crystal singing bowl.

The concerto begins and ends with a trumpet fanfare. In between, the trumpet soars, dances, sings, shouts and wails. Strong, distinct melodies and themes emerge and reappear. “The trumpet is a messenger or troubadour,” Heitzeg explained. “It’s a call and response. It’s an alarm. It brings us together.”

Lazarus relishes the many roles he gets to play during the piece. “I’m wearing all these musical hats,” he said. “I’m singing these cinematic melodies, and then there’s a Gil Evans-y, Miles-esque improvisation with a Harmon mute, and then I get to be bluesy with my plunger mute.” 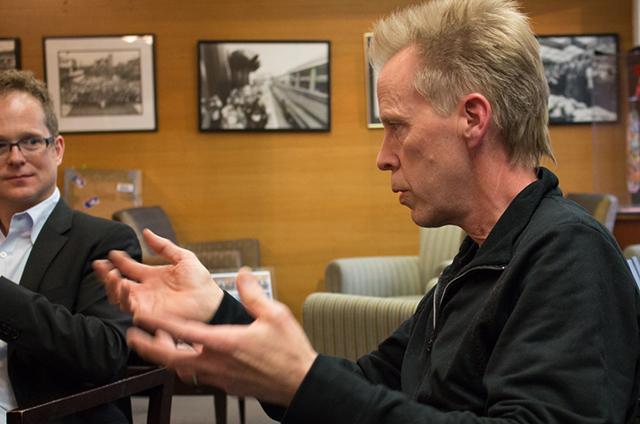 Heitzeg counts Evans and Miles Davis among the influences he turned to while writing – along with Dave Brubeck, Chet Baker, Ennio Morricone’s spaghetti Western soundtracks, rock-and-roll and “A Horse with No Name.” Plus Bernstein and Copland, Gershwin, John Adams and Phillip Glass. “I did the gamut,” he said.

On Monday at Orchestra Hall, Grangaard heard “American Nomad” from start to finish for the first time. This was not an orchestra rehearsal, so pianist Tom Linker played all the orchestra parts on piano. (That astounding feat is a whole ’nother story.)

What did Grangaard think? “It’s beautiful, just really beautiful. The third movement is a symphony unto itself.” He hopes the work he commissioned will enter the repertory and will one day be heard at the Hollywood Bowl – and at spring concerts by high school bands.

“That’s when a piece has really made it,” Heitzeg said. “When you hear it in all those places.”

Tonight (Friday, April 24) through Sunday at the St. Anthony Main Theatre: MSPIFF 2015. The Minneapolis St. Paul International Film Festival’s closing weekend is your last chance to see many award-winning independent films on the big screen. Check the schedule and catch a film or two.

Tonight through Sunday at Studio Z: Zeitgeist’s 5th Annual Early Music Festival. The new music group explores the music of 20th-century visionary Karlheinz Stockhausen, whose work in electronic and spatial music has influenced musicians from the Beatles to Björk. Each event features a different program, an amazing feat by musicians Heather Barringer, Pat O’Keefe, Patti Cudd and Nicola Melville. Friday at 7:30 p.m., Saturday at 7:30 p.m. and 9 p.m., Sunday at 2 p.m. FMI and tickets ($10-$20).

Saturday and Sunday from South Minneapolis to Dayton’s Bluff: Minneapolis & Saint Paul Home Tour. The polar opposite of the teardown, McMansion mentality that is transforming some Twin Cities neighborhoods, the Home Tour honors people who are giving vintage homes new life and want to show off the results. Tour their kitchens, baths, additions and whole-house remodels, chat them up, and get ideas for your own projects in this self-guided tour of 50 homes. You probably can’t see all 50, so plan your route on the informative website and pick up a printed guide at your first stop. Saturday 10 a.m. – 5 p.m., Sunday 1-5. Free.

Sunday at Common Good Books: Cathy Wurzer presents “We Know How This Ends: Living While Dying.” The host of MPR’s “Morning Edition” spent four years interviewing Bruce H. Kramer, former dean of the College of Education, Leadership and Counseling at the University of St. Thomas, who was diagnosed with ALS (Lou Gehrig’s Disease) in late 2010. The two became friends and she contributed to his book, “We Know How This Ends,” published by the University of Minnesota Press. Kramer died March 23, two days before the scheduled book launch at St. Thomas. The Amherst H. Wilder Foundation is co-sponsoring this event.  4 p.m. Free.

Sunday on your teevee: “MN Original.” It’s the 5th birthday of TPT’s terrific series profiling all sorts of Minnesota artists – in their words, their works, their studios and performances. Here’s a one-minute video with bits from all 600+ segments (so far), a fast-moving rah-rah for our state and our amazing arts scene. The next new episode airs Sunday at 6 and 10 p.m. on channel 2. Featured are mosaic artist Michael Sweere, the Greater Twin Cities Youth Symphony, coffee artists Angel Sarkela-Saur and Andrew Saur, and musician Jayanthi Kyle. 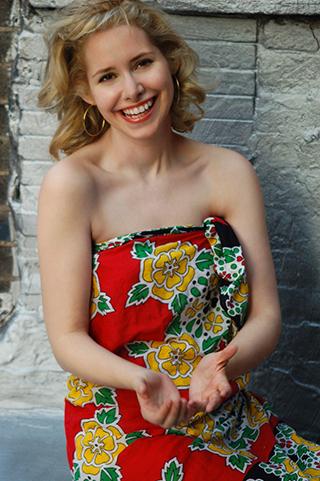 Sunday at Vieux Carré: Jazz Noir Presents “Morning Follows Night.” An original radio drama by playwrights Christina Ham, Dominic Orlando and Josh Wilder, with a jazz music score composed and performed by Chris Bates, Steven Hobert and Solomon Parham. Vieux Carré is the new name of the former Artists’ Quarter space in the basement of the Hamm Building in downtown St. Paul; it is now operated by the Dakota. This is one in a series of occasional events that are warming up the space before it officially opens later this year. 408 St. Peter St. 5 p.m. and 8 p.m. The 8 p.m. show will be broadcast live on Jazz 88.5 FM (KBEM). FMI and tickets ($25).

Sunday at the Dakota: Nellie McKay. She’s a singer, songwriter, actor, former stand-up comedian, dog lover, advocate for animals in general and restless spirit. This time around, she’s covering 1960s pop songs. You never know what to expect from this shape-shifting, charismatic artist, but it’s always worth finding out. 7 and 9 p.m. FMI and tickets ($35/$25).