A new play is taking shape that may change our notions about adoption – how it informs our ideas of family and identity, what it means to families and communities, why we should care. “Adoption is not a one-time event,” said writer and playwright Alan Berks. “It affects how people live their lives from beginning to end.”

The Adoption Play Project came about because “we want to explore communities that are often misunderstood or ignored, that affect all of us,” Berks said. “Adoption is everywhere, but it’s not something that historically we have talked about openly.” Cooper is an adoptee, so there’s also a personal connection.

The play will have two staged readings this weekend at Augsburg College. It’s still a work in progress, with a full production planned for February 2016. By then, it will be more than a year since Berks and Cooper launched the project with a series of story circles for people from the adoption community: adoptees, adoptive parents, birth parents, siblings, and social workers. “We did about 22 story circles with around 170 people, and they all told us more than one story, so we had lots and lots of stories.”

After the story circles came workshops where stories were turned into theater. “Anyone who wanted to join us could take part in theatrical games and exercises, similar to what you’d do if you were devising a play.” After the workshops, Wonderlust began creating a structure and a script. “We looked at what stories were similar to each other, and how they could be combined, and which we should include to convey a truthful sense of all the different perspectives.” No stories were used without permission.

Berks and Cooper are theater people, so “we want to create a real theatrical experience. We want [the audience] to have that sort of inspiring, enlightening, transformative experience.” The play begins at an engagement party. Two characters have just gotten engaged, and their parents are meeting for the first time. The young woman and her sister were both adopted; the young man’s parents have no experience with adoption. Assumptions and misunderstandings, some comic, lead to larger issues of how families are made. “It’s a funny play,” Berks said. “It’s a story of two young kids who want to get married.”

Rehearsals for the staged readings started May 18. “We asked people who had participated in the workshops and story circles if they wanted to be included.” Some people who will be at the readings have been involved from the start.

“We don’t purport to tell the adoption story,” Berks emphasized. “This is just an adoption story.” For now, it’s also a window into process, into how some plays are made, with stories that will move you. Bring Kleenex.

Staged readings of The Adoption Play Project take place at 3 p.m.  Saturday, May 30 and Sunday, May 31 at the Foss Center on the Augsburg College campus, on the corner of Riverside and 22nd in Minneapolis. Reservations are recommended. Seating is limited. $10 suggested donation, but no one will be turned away. 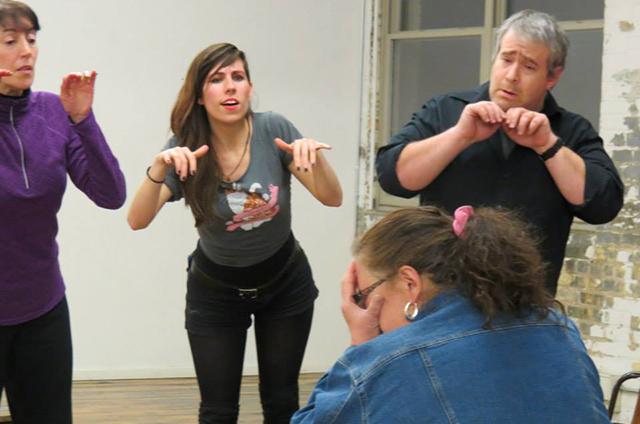 Picks for the weekend and then some

Tonight (Friday, May 29) at the Mpls Photo Center: Opening reception for “Still Life: The Inanimate Subject.” Russell Joslin sifted through more than 1,000 images submitted for this juried show, looking for “the thought, the touch, and the presence of the creator” within each one. 6:30-9 p.m. Free. Ends July 12. 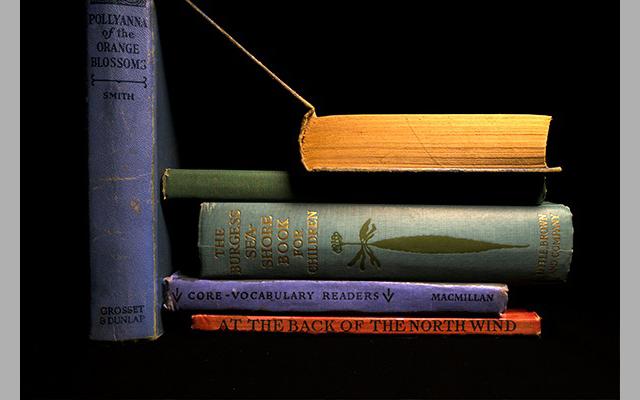 Tonight at the Guthrie: Opening night for Sean O’Casey’s “Juno and the Paycock.” Joe Dowling ends his 30-year run as the Guthrie’s artistic director with a play he knows so well he calls it “part of my DNA.” Sean O’Casey’s tale of a family’s survival in Dublin after the Irish Civil War stars two actors imported from Ireland, Stephen Brennan as “Captain” Jack Boyle (the “paycock”) and Anita Reeves as his wife, Juno, both making their Guthrie debuts. With David Darrow, Katie Kleiger, Mark Benninghofen, Sally Wingert, Kris L. Nelson and Dearbhla Molloy. FMI and tickets ($23-$65). Ends June 28.

Friday and Saturday in St. Paul and Wayzata: “Ghost Camp.” For their final concert of the 2014-15 season, Matthew Culloton and The Singers perform the world premiere of Minneapolis composer Craig Carnahan’s “Ghost Camp,” based on Walt Whitman’s poems about his time as a Civil War nurse. With musicians from the chamber ensemble Zeitgeist and narrator James Ramlet. Also on the program: Shawn Kirchner’s “Angel Band & Unclouded Day” and songs by Stephen Foster. 7:30 p.m. Friday at Hamline’s Sundin Music Hall, 7:30 p.m. Saturday at Wayzata Community Church. Tickets here ($33 preferred/$22 general/$5 students).

Saturday at the Mall of America: World Sumo Champion Exhibitions. Three World Sumo Champions from Japan and Mongolia, weighing a combined total of 1,400 pounds, demonstrate rules, rituals, training and matches. MOA hints that “you may even get the chance to push one of them.” Pray that he won’t push back. Shows at 12 noon and 4 p.m. in the Rotunda. Free. Photo opp guidelines here.

Saturday at the Mill City Museum: Cracked Walnut Literary Festival: Urbanization. At a literary reading in the museum’s Ruin Courtyard, local writers read or perform work on the themes of urbanization and Minneapolis. 12:30-2 p.m. Free. FMI.

Saturday at Hennepin Avenue United Methodist Church: Twin Cities Community Gospel Choir Spring Concert. “Get your praise on” as Fred Steele leads the choir, now in its 20th year, in a night of jubilation. With guest artist J.D. Steele. Doors at 6 p.m., concert at 7. FMI and tickets ($22.50/$25, $10 for 10 and under) online or at the door.

Saturday and Sunday, in and around the Ordway: Flint Hills International Children’s Festival. 2015 is the 15th year of this great downtown St. Paul festival, which brings tens of thousands of people to live performances by regional, national and international artists. All indoor performances are $5, and the dozens of outdoor performances are free. Music, puppets, drama, dance, and circus acts are crammed into two very full days. 10 a.m. – 5 p.m. FMI including schedule and tickets. A free Flint Hills International Children’s Festival app (for iPhone and Android) includes maps, schedules and a photo booth.

Monday at the James J. Hill House: “Schubertiade.” Step into the great hall of the Hill House and you’re already back in time. On Monday, it will be easy to imagine you’re in the 1890s during one of the concerts the family held there, or in the 1820s at the home of Franz Schubert, whose entertainments included music and readings. Presented by the Hill House Chamber Players, with proceeds benefiting the Hill House, the evening includes an all-Schubert concert by soprano Maria Jette and pianist Susan Billmeyer, readings from Mrs. Hill’s diaries by actor Craig Johnson, and a dessert reception with champagne and Viennese desserts. 7:30 p.m. FMI. Reserve by calling the Hill House at 651-297-2555. Pay at the door; walk-ups are welcome ($40). 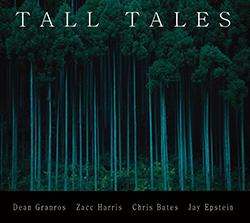 Monday at Icehouse: “Tall Tales” CD release. Finally, an album by guitarist Dean Granros featuring his own compositions, and we only had to wait 40 years. Jazz fans know what a monster he is and how every performance has something to say, whether he’s playing Monk, Django Reinhardt or music of his own in-the-moment devising. What started as a one-off night at Jazz Central among Granros and friends – guitarist Zacc Harris, bassist Chris Bates and drummer Jay Epstein – became a band, a studio date and a new release on the Twin Cities label Shifting Paradigm Records. 9:30 p.m. $12 at the door gets you in and sends you home with the CD.

Adoption play tells community stories; ‘Juno and the Paycock’ to open at the Guthrie