Among the zillions of things to do at this weekend’s Art-A-Whirl is a Short Film Showcase at Casket Cinema, an underground micro-cinema in the Casket Arts Building. The six films include “Warren MacKenzie: A Potter’s Hand,” the acclaimed documentary about the great Minnesota potter (here’s the trailer), and the award-winning documentary “Poustinia: The Art of Gendron Jensen.”

“Poustinia” is a profound and beautiful jewel of a film, a sensitive look at an unusual artist and man. A self-described “North Woods weirdo,” Gendron Jensen draws bones with pencil and paper: meticulously detailed, precise and insightful images of the bones of wild creatures he finds on his walks through forests. Kicked out of a monastery in his 20s, he spent 17 years as a semi-hermit on a rented farm in northern Minnesota before moving to the mountains of New Mexico. Now 75, he’s been drawing bones for more than 45 years. He finds in them all the meaning and inspiration he needs.

In the film, Jensen explains what “Poustinia” means: “It’s Slavic in origin. ‘Poustin’ means a house or little dwelling place. ‘Poustinia’ has to do with our spiritual grounding … For me, it has always been the bones. … It’s the water that the fish names, the locus out of which our unfurling evolves.” And: “The bones are not static to me, even though the creature is dead. … [They are] animate, active, vibrant, vital beings.”

Jensen speaks like a poet, probably one reason he was chosen to illustrate Robert Bly’s 1977 book “This Body Is Made of Camphor and Gopherwood.” He has been a fellow at the Smithsonian, studying the blue whale skeletons in their collection. His work and that of his wife, artist Christine Taylor Patten, are in the permanent collection of the Whitney Museum of American Art.

Filmmaker Kristian Berg, who grew up in Grand Rapids and once worked at TPT, has known Jensen most of his life, and he treats his subject with utmost respect and affection. This short film, just 28 minutes, will leave you with much to ponder: about being an artist, persistence, love, and the general rightness of finding and following your path, however strange it may seem to others. “Look into instead of at,” Jensen says. “Be open.”

You have to pay to get into the Minnesota State Fair, but once you’re inside the gates with some food-and-drink jingle in your pocket, you can spend the whole day being entertained for free. And not just by counting Zubaz pants, checking out the fancy chickens or admiring the tractors on Machinery Hill. 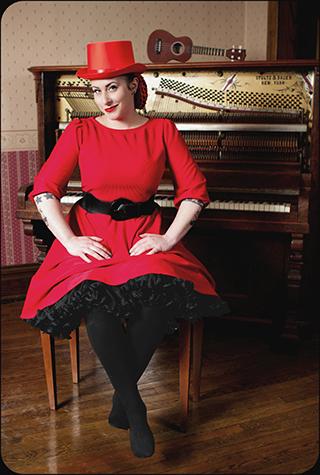 Each year, the Fair presents dozens of acts, mostly music, on several stages scattered around the grounds. This year’s schedule, announced Tuesday, offers lots of reasons to sit and listen or stand and dance over the fair’s 12 days. Some that caught our eye: Gaelic Storm, Lou Gramm (the powerhouse voice and lead singer of Foreigner in the years it ruled the charts), Davina & The Vagabonds, Sonny Knight & The Lakers, Malamanya, Charlie Parr, Haley Bonar, The Cactus Blossoms, Tonic Sol-fa, Atahualpa the Pan-Handlers Steel Drum Band, The Robert Everest Expedition, Reina del Cid, The Barbary Coast Dixieland Show Band, The Parisota Hot Club and, of course, the All-Star Stunt Dogs Splash. The Fair starts Aug. 27.

Announced earlier, on sale now: the reliably star-studded Music in the Zoo series. From June 6 through Sept. 3, there are many reasons to drive to Apple Valley and walk past the tigers to the zoo’s outdoor amphitheater. (You won’t see the tigers, but you might hear them.) Running down the schedule, these are our preliminary picks: Lucinda Williams (June 9), Los Lonely Boys (June 16), Buddy Guy (June 26), Salt-N-Pepa (wow! July 8), Keb’ Mo’ (Aug. 6), The Robert Cray Band (Aug. 18), and Robert Randolph and the Family Band (Sept. 3). Tickets to all Music in the Zoo concerts are on sale now. If you want to buy yours in person, stop by the Electric Fetus. 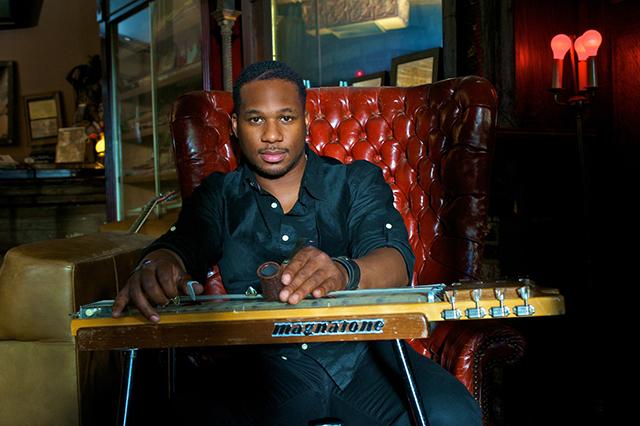 If you’re looking for a one-day, all-out music blow-out, save Saturday, July 18, for the Longfellow Roots, Rock, & Deep Blues Festival. Held on city streets in the Longfellow neighborhood, this annual fundraiser for Patrick’s Cabaret gets better every year. With 22 acts on five stages, plus activities, a visual art show and a new International Food Court, the zero-waste, bicycle-friendly fest is a good day for a good cause.

On sale now: the two-day Basilica Block Party (“Praise the Loud!”) on July 10-11, with headliners Weezer and Wilco. Also appearing on the event’s three stages: Fitz and the Tantrums, Matthew Sweet, and Jenny Lewis. FMI and tickets ($45-$275).

Tonight at Common Good Books: Stuart Pimsler presents “At It Again: The Need to Perform Philip Roth.” At this combined performance and discussion, the Minneapolis-based choreographer, writer and director will preview his newest work, an homage to an American author he has admired throughout his career. Then Pimsler and Suzanne Costello, his co-director at Stuart Pimsler Dance & Theater, will talk about how the literary arts influence their work. 7 p.m. Free.

Thursday at the Cathedral of Saint Paul: Centennial Concert: Organ and Brass Spectacular. Sean Vogt, the Cathedral’s choirmaster and director of the Apollo Club, gives his debut organ concert in the Twin Cities, joined by a brass septet. The cathedral has two pipe organs, and Vogt promises to show off the colors of both in a program of music by Locklair, Alain, Hovhaness, Balbastre, Montague, Widor and Bach, plus an audience sing-along with organ and brass. 7:30 p.m. Free and open to the public. Free will donations are welcome.

Thursday at the Republic 7 Corners: “Must Talk TV: Mad Men.” With the series finale scheduled for Sunday, May 17, we can only assume this gathering will include a lot of guessing. Is Don headed for his doom? Is he really D.B. Cooper? (That suggestion has gone viral, but it seems kind of silly.) Will Matthew Weiner hang us out to dry, as David Chase did with “The Sopranos”? Jeff Kamin of Books & Bars hosts what’s likely to be a lively discussion. Social time 6 p.m., discussion at 7. Free, but please register.

Saturday and Sunday at the Mall of America: “Capture Minnesota” photography exhibit. Presented by TPT, this two-day show features 200 photographs of Minnesota, snapped by Minnesotans and chosen with help from thousands of Minnesota fans. We the people uploaded, voted on and ultimately decided which photos of our fair state would end up in “Capture Minnesota Volume IV,” the latest edition of the annual fine-art book. The winning photos have been enlarged for display in the Rotunda. On Saturday at 5 p.m., TPT will reveal the one chosen for the cover. Mall hours. FMI. Free.