We could barely keep up with the press coverage for the Minnesota Orchestra’s Cuba tour, which began last Wednesday with a chartered direct flight to Havana and ended Sunday when the musicians returned home. In between: two concerts, master classes, mentoring, receptions, rehearsals, school visits, sightseeing, dinners, cigars, rum and jams.

If you want to catch up or dip in, that’s what the Internets are for.

Minnesota Orchestra violist Sam Bergman wrote a series of “Cuba Diary” posts for the orchestra’s website. Find them on the “Showcase” page, along with Travis Anderson’s photos.

Euan Kerr reported for MPR in his Scottish accent. Here’s an example. You can read and listen.

Graydon Royce was there for the Star Tribune. He brought us into the concert hall and the classroom. Also, the Strib has video from the concerts. And lots of photos by Leila Navidi, like these from Saturday evening.

Michael Cooper was there for the New York Times. Here’s his account of Saturday’s concert, which began with the Cuban National Anthem, to the audience’s surprise, and “The Star-Spangled Banner,” to their greater surprise.

Will Grant reported for the BBC. The Finnish press caught Osmo Vänskä playing the clarinet.

And, as you know, blogger Scott Chamberlain has been reporting for MinnPost.

A few of our favorite facts and anecdotes gleaned along the way: A trip of this magnitude can take years to plan; the orchestra had just 110 days. • Tickets to the Havana concerts cost 50 cents; students paid half that. • Minnesota Orchestra trombonist Doug Wright gave two mouthpieces to a student, probably changing the student’s life. • Students taught the Minnesotans the proper way to play the clave, the five-beat rhythmic pattern basic to Cuban music. • The Minneapolis-St. Paul Airport (MSP) is now an official “port of entry” for direct flights to Havana, thanks to Sen. Amy Klobuchar, who pushed U.S. Customs and Border Protection (CBP) for early approval so the orchestra wouldn’t have to make a costly extra stop along the way. • It’s an orchestra tradition on any tour to shout “Yubba yubba dee” and “Yubba diah” when the wheels hit the ground. Something to do with Tchaikovsky’s Fourth. • A bat buzzed the orchestra during Friday night’s concert. • Never stub out a cigar in an ashtray.

Many reports made reference to the 16-month lockout that nearly toppled the orchestra, and what a difference a year-plus change makes, and the healing powers of a trip that brought musicians, management, board members and supporters together so effectively that cellist Tony Ross, who pulled no punches during the lockout, ended up dancing with board Vice Chair Marilyn Carlson Nelson. During MPR’s live broadcast of Friday night’s concert, Brian Newhouse enthused, “This organization has risen like a phoenix.”

Three paragraphs tucked into Royce’s article Sunday give us a glimpse into the future.

According to Royce, orchestra board Chair Warren Mack “strongly hinted in an interview that even greater change awaits the orchestra on its return home.” There’s a board meeting today (Tuesday, May 19) that will likely include talk about contract extensions with the musicians and Vänskä. The musicians are currently working under a three-year contract; Vänskä’s two-year deal expires next spring. “By locking up longer-term deals,” Royce wrote, “the orchestra can begin to plan strategically with a sense of stability.” Amen to that. 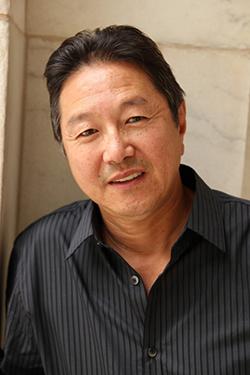 Minnesota playwright, director, producer, theater artist and musician Rick Shiomi has been named the 2015 McKnight Distinguished Artist. A leader of the Asian-American theater movement since the 1980s, Shiomi has written, produced or directed more than 50 plays. In 1992, when Asian-American theater was almost nonexistent in Minnesota, he co-founded Theater Mu, which later became Mu Performing Arts and today is nationally recognized. He served as artistic director from 1993 to 2013. Shiomi also started Mu Daiko, a taiko drumming group within Mu Performing Arts, in 1997 and led it through 2010.

In addition to the $50,000 McKnight award, Shiomi has won an Ivey Lifetime Achievement Award, a Sally Ordway Irvine Award for Vision and a Minnesota State Council for Asian Pacific Minnesotans Award for Leadership. His plays, which have been showcased locally, nationally and internationally, include the award-winning “Yellow Fever,” “Play Ball,” “Rosie’s Café,” “Walleye Kid,” “Mask Dance” and “Journey of the Drum.”

After stepping down from Mu, Shiomi went freelance. At the moment, he’s directing “The Language Archive” at Park Square Theatre, and he’s starting a new theater company with four partners called Full Circle. Their first project will be produced in November.

Today (Tuesday, May 19) through Sunday at Northern Clay Center: The Mondale Collection. Passionate all-around arts supporter and founding member of Northern Clay, the late Joan Mondale collected pots and made them with her mentor, Warren MacKenzie. Get a good sense of her eye and her hand in a show of works from the family collection and pieces made by Mondale herself. Ends June 28. Gallery hours Tuesday, Wednesday, Friday, Saturday 10 a.m. to 6 p.m., Thursday 10 a.m. to 7 p.m., Sunday 12 noon to 4 p.m. Closed Mondays.

Tonight at Subtext Books: Elliott Foster presents “Whispering Pines: Tales from a Northwoods Cabin.” Foster’s new novel about a fictional family that has been visiting the same Northern Minnesota cabin for more than 50 years weaves real-life Minnesotans into the story. 7 p.m. Free. 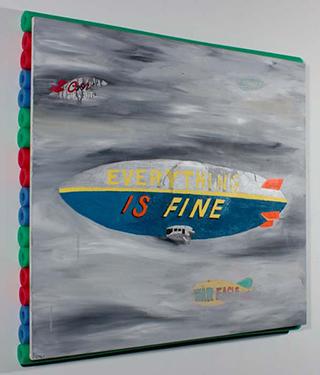 Wednesday-Saturday at Bockley Gallery: “Colin Matthes: Instructional and Flood Resistant Work.” How to throw a knife. How to make a boat from the ruins of a gas station. How to hotwire a car. Milwaukee artist Matthes has created a series of drawings on paper that illustrate basic skills for success in challenging situations. He’s also made foam pool noodle floats and a provisional raft that will help his own oil paintings survive in a time of rising sea levels. Matthes’ paintings, drawings and sculpture are on display through June 13. Gallery hours Wednesday-Saturday, 12 noon to 5 p.m.

Thursday-Sunday at Park Square Theatre: “The Language Archive.” Newly minted McKnight Distinguished Artist Rick Shiomi directs Julia Cho’s play about a man (Kurt Kwan) who speaks a dozen languages but can’t communicate with his own wife (Sarah Ochs). Real-life couple Richard Ooms and Claudia Wilkens are the last two people on Earth who speak “Ellowan.” Through magical realism, fable and everyday relationship issues, the play asks, “How can we say what needs to be said, in whatever language”? 7:30 p.m. (2 p.m. on Sunday). FMI and tickets ($38-$58).

Beyond the metro
With five days of free films, the 2015 Duluth Superior Film Festival opens Wednesday, June 3 with “What We Do in the Shadows,” about three vampires trying to get by in modern society. It closes Sunday, June 6 with a 10-year anniversary screening of “North Country,” a fictionalized account of the first major successful sexual harassment case in the United States, Jenson vs. Eveleth Mines. Fittingly, that film will be shown at the Eveleth Auditorium. Actor Chris Mulkey will be in attendance. Here’s the complete schedule.