The Minneapolis Institute of Arts has a big head. You can see it for yourself outside the museum’s Third Avenue entrance. If you want, you can help pay for it.

Twelve feet long, seven feet tall, weighing about 4,000 pounds, the hollow bronze head is “Eros,” named for the Greek god of love. In ancient times, he was sometimes depicted as a chubby, winged boy holding a bow and arrow and wearing a blindfold, symbolizing the randomness of where love might strike. (The Romans called him Cupid.) In this monumental 1999 sculpture by Polish-born artist Igor Mitoraj (1944-2014), he’s an adult, cracked and ravaged by time, and his blindfold has slipped, revealing eyes that have seen too much.

Suggesting the glories and failures of entire civilizations, he’s our own Ozymandias. Referencing the museum’s historic collections, he hints at the treasures inside. He’s also a nod to the handsome Greek columns on the original building that faces Washburn Fair Oaks Park.

Mitoraj’s work is well-known in Europe, less so in the United States. The MIA will be one of the few American museums with a Mitoraj sculpture of this scale and significance. The museum has raised more than $300,000 of the minimum $1 million needed to make “Eros” part of its permanent collection, an icon for the museum and the city. (Think “Spoonbridge and Cherry” South.) No contribution is too small and certainly not too large. Go here to donate, or drop a little something in one of the donation boxes in the museum.

The MIA continues to celebrate its 100th year with imagination and a sense of fun. Starting tonight, it’s featuring live music during its recently added Friday night hours. A new musician will be in residence every month through December. For May, singer/songwriter/guitarist Brian Just (Brian Just Band) will bring his acoustic folk-rock to the MIA lobby. Future artists include Joey Ryan of the Milk Carton Kids, guitarist Adam Svec, and Lydia Liza, lead singer for Bomba de Luz. The music starts at 6 p.m. and ends at 8.

Also in May — which happens to be Minnesota Museum Month — MIA will send scale reproductions of four famous paintings in its collections to various locations around the Twin Cities. Starting in the first week of May, look for Rembrandt’s “Lucretia,” Monet’s “Grainstack, Sun in the Mist,” Van Gogh’s “Olive Trees” and Soutine’s “Carcass of Beef” outside Bobby and Steve’s Auto World in Minneapolis, U.S. Bank in Uptown, Central Library downtown and Kramarczuk’s in Northeast.

Midway through the month, they’ll move to Wedge Table, Loring Park, the Stone Arch Bridge and the Strip Club in St. Paul. From 1:30-3:30 p.m. every Saturday, weather permitting, a museum docent will be stationed at each painting to share stories and answer questions. We’d like to know the story behind that bloody beef carcass.

“Art in Bloom” is happening now. This Sunday (May 3) is your last chance to see Vermeer’s “Woman Reading a Letter” before she returns to Amsterdam. The magnificent and blingy “Habsburgs” show closes next Sunday (May 10). Bye-bye, Caravaggio’s “The Crowning with Thorns,” Correggio’s “Jupiter and Io,” Hans Holbein’s portrait of Jane Seymour, Velázquez’s “Infanta Maria Teresa,” Empress Elisabeth’s impossibly wasp-waisted velvet dress, the ceremonial carriage and nearly 100 more objects and paintings that may never travel here again. See it before it goes. FMI and tickets ($20).

Northern Clay Center has announced that three Minnesota artists have received 2015 Jerome Ceramic Artist Project Grants. The $6,000 prizes go to Brett Freund of Minneapolis, Adam Gruetzmacher of Minneapolis and Joe Singewald of Cold Spring. Work by each artist will be featured in an exhibition at Northern Clay in January 2016. This marks the 25th year the Jerome Foundation has supported this program.

The Playwrights’ Center has announced the 2015-16 McKnight Fellows in Playwriting. Minnesota-based playwrights Carson Kreitzer and Harrison David Rivers will each receive a $25,000 award and $3,900 in additional funds for play development, professional and travel expenses.

Kreitzer has been associated with the Playwrights Center since moving to Minneapolis in 2000; this is the third time she has won the McKnight fellowship. She is a member of Workhaus Collective and is currently writing a new play for the Guthrie, where she was last year’s Dowling Annaghmakerrig fellow.

Rivers is a 2014-15 New Voices Fellow at the Playwright’s Center. His play “And She Would Stand Like This,” adapted from Euripides’ “The Trojan Women,” is part of Intermedia Arts’ Q-Stage series and will be performed there Saturday, Wednesday and Friday. FMI and tickets ($5-$25 sliding scale).

The 2015-16 McKnight National Residency and Commission goes to Erik Ehn, artistic director of Tenderloin Opera Company in Providence, Rhode Island. The award includes a $14,000 commission, $5,750 in workshop funds, and travel and housing stipends.

A recent winner of the prestigious 2015 Doris Duke Artist Award has Minnesota connections. Nationally known opera director and choreographer Doug Varone is based in New York, but he’ll be here in September to direct the Minnesota Opera’s 2015-16 season opener, “Ariadne auf Naxos.” He previously led the opera’s “Hansel and Gretel” (2014), “Cinderella” (2010), “Faust” (2009) and its world premiere of “The Grapes of Wrath” (2008). Varone will receive $275,000 in flexible, multi-year funding from the Doris Duke Charitable Foundation. 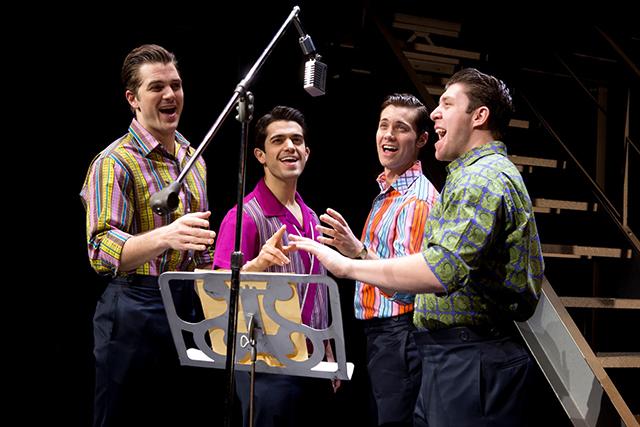 Now at the Orpheum: “Jersey Boys.” The Tony-winning Best Musical about four blue-collar kids who became Frankie Valli & the Four Seasons. Sherry, won’t you come out tonight? Through May 3. FMI and tickets ($33-$179). Best availability Sunday at 6:30, the final show. 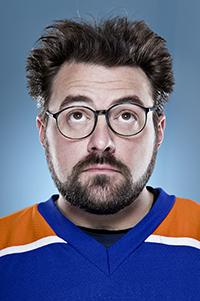 Tonight (Friday, May 1) at the State: “An Evening with Kevin Smith.” Filmmaker (“Clerks,” “Mallrats,” “Chasing Amy,” “Jay & Silent Bob Strike Back”), actor, comic-book writer, and author (“Silent Bob Speaks,” “My Boring-Ass Life,” “Tough Sh*t: Life Advice from a Fat, Lazy Slob Who Did Good”) is also a popular public speaker, a natural known for his insightful outlook on life and pop culture. He’ll talk about his forthcoming new film, the horror-comedy movie “Yoga Hosers” starring Johnny Depp, and take questions from the audience. Dude, this should be awesome. 9 p.m. FMI and tickets ($25-$45).

Saturday at Traffic Zone Center for Visual Art: 20th Anniversary Open Studios. An early project of Artspace, founded in 1993, TZCVA is an artist-owned and managed building in Minneapolis’ Warehouse District. More than 20 professional artists have their studios there, with work on display and for sale. Meet them, tour their workspaces and learn what they do. Participating artists include Harriet Bart, Victor Bloomfield, Perci Chester, Paul Kwok, Howard Oransky, Patrick Pryor and Jodi Reeb. 5-9:30 p.m. Free.

Saturday at CO Exhibitions: Third Annual Cinco de Mayhem. Smash artist-made piñatas for a good cause. Last year’s event featured more than two dozen creations shaped like DeLoreans, emojis, video game characters, aardvarks, pirate ships and so on, raising over $1,200 for charities including Second Harvest Heartland, Free Arts MN and the Ann Bancroft Foundation. Buy a raffle ticket for your chance to swing a stick. 6-10 p.m. All ages. $4 admission with donation of nonperishable food item; $10 without. Free for kids 12 and under.

Starts Saturday at the History Theatre: “River Road Boogie: The Augie Garcia Story.” Mixing his Mexican background with R&B in a sound he called “junk blues,” Garcia became known as the Godfather of Minnesota Rock ’n Roll. His band, the Augie Garcia Quintet, had a regular gig at the River Road Club in Mendota and once opened for Elvis at the St. Paul Auditorium. Joe Minjares’ new musical explores the life and music of a Minnesota original. Ricardo Vazquez is Garcia. 8 p.m. FMI and tickets ($15-$40). Through May 31.

Sunday at Bedlam Lowertown: Ae Art Crit with Christopher Atkins and Tricia Khutoretsky. Listen as local artists have their work reviewed by Atkins, coordinator of the Minnesota Artists Exhibition Program (MAEP) at the Minneapolis Institute of Arts, and Khutoretsky, curator and director of Public Functionary. Join a discussion about art and network with influencers. Presented by Altered Esthetics. 2-4 p.m. Free and open to the public.