With Sen. Ted Cruz chairing the subcommittee that oversees NASA and science programs, Florida and Wisconsin eager to ban the terms “climate change” and “global warming,” and many elected officials rushing to proclaim “I am not a scientist,” all we can do is cry … or laugh.

Reliably on the side of laughter, Brave New Workshop launched its new show this weekend. “Mad Vax: Beyond Measledome” combines scenes inspired by the current hit film “Mad Max: Fury Road” with bits set in a doctor’s office, a Creation Museum, a bakery in Indiana, the states of Florida and Oklahoma, the Centers for Disease Control, the Magic School Bus, Star Trek’s “Enterprise” and the first spaceship bound for Mars. (Note: Unless you know nothing about the “Mad Max” franchise, you don’t need to see the film ahead of time.)

A mad mash of skits and songs loosely linked by the phrase “No one thought the Apocalypse would start in …,” it’s a fast-moving, mostly hilarious night that cuts to the quick of our current national distrust of science. It doesn’t answer the questions “How did we get here?” and “What can we do about it?” It doesn’t have to. The show is all comedy, no pedantry, with many pointed barbs.

Like the reference to “people who completely ignore the very obvious things that are right in front of them.” And the anti-vaxxer mom who counters the doctor, “I am a mother, and that makes me more qualified!” The re-labeling of “Evolution” as “Evilution” and the many euphemisms for global warming, including “the ever-hottening breath of an angry God.” The challenge of rebranding the measles from a cute-sounding disease to something more serious and shocking; BNW’s solution isn’t printable here, but it is funny.

The five cast members – Bobby Gardner, Tom Reed and Taj Ruler, with Ryan Nelson and Heather Meyer promoted from understudy status – play many roles with dizzying speed and manic glee. They are joined by an unwitting sixth cast member pulled from the audience. On Saturday, it was the amiable “Juarez,” who caught on quickly and stayed a good sport, even as he became the butt of several jokes. (We were told at the end of the show that in real life, he works for the Environmental Protection Agency. That would be too good to be true.)

Most evening-length comedy revues include a skit or two that could use some trimming. “Mad Max” has a few slow moments, or maybe that’s just our sense of humor. Mostly, it’s tight, well-acted and, provided you’re not a Republican, a conservative Christian, a science denier or easily offended, just what the doctor ordered. Thursdays-Saturdays. Ends Aug. 1. FMI and tickets ($13.50-$36).

Now at the History Center: “Inspiring Beauty: 50 Years of Ebony Fashion Fair.” Beginning in 1958, the Ebony Fashion Fair, a traveling fashion show, helped to redefine the concepts of beauty, style and empowerment for African-Americans. Black women saw other black women wearing iconic clothes designed by Dior, Cardin, Saint-Laurent, Valentino, Ungaro, Bob Mackie and other designers. This exhibit features 40 ensembles including gowns, feathered coats, and statement designs, plus archival photographs and video. It’s touring the nation, so it’s here for only a short time before moving on. Included with regular History Center admission ($11 adults, $9 seniors and college students, $6 ages 6-17, free under 5 and MNHS members). Through Aug. 6.

Tonight at the Dakota: “Chet – The Beautiful Music and Tragic Life of Singing Trumpeter Chet Baker.” After filling Jazz Central in January and the Dakota in April, pianist/composer (and singer) Larry McDonough returns with his quintet (Steve Kenny on trumpet, Paul Peterson on saxes, Greg Stinson on bass, Dean White on drums) to play some of Baker’s music and some of McDonough’s in Baker style. Former WCCO anchor Don Shelby joins them on stage to read poems about Baker and pianist Bill Evans written by Minnesota Book Award winner and saxophonist Richard Terrill. 7 p.m. $5 at the door.

Tonight at the Cedar: An Evening with David Torn. The New York-based composer, multi-instrumentalist and texturalist (his word) has worked with Carter Burwell, Mark Isham, David Bowie, Jeff Beck, Tim Berne, The Bad Plus, John Legend, Sting, Madonna, Laurie Anderson, k.d. lang, and many others. He’s touring behind his latest ECM release, the richly layered and fascinating solo recording “Only Sky.” What you hear on the recording – and what you’ll hear at the show – are a man, an electric guitar, an electric oud, effects (loops, feedback, delay, ambient sounds) and whatever he feels like playing. Some of “Only Sky” is hair-on-fire noise, some is so beautiful you can hardly stand it. As your mind starts making movies in response to the music, remember that Torn is a film composer. This is his first U.S. solo tour in two decades and his Cedar debut. Every guitarist without a gig should be there, just because. Doors at 7 p.m., show at 7:30. FMI and tickets ($25). 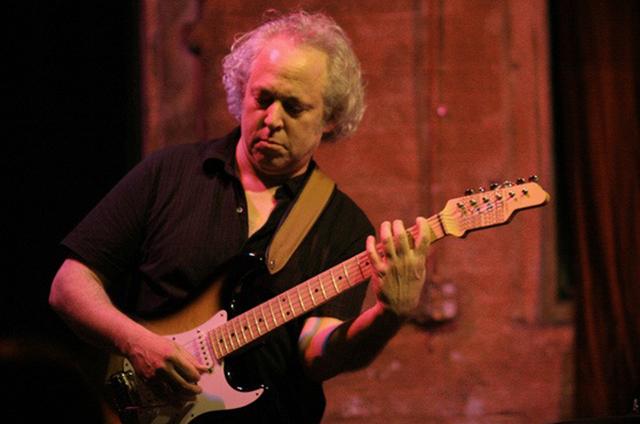 Wednesday at the Baroque Room: Hot Dish Trio presents “Folk Tales.” Leslie Shank (violin), Karrin Meffert-Nelson (clarinet), and Susan Billmeyer (piano) play music by Khatchaturian, Brahms, Milhaud, and Janáček that draws on the folk melodies of their home countries, 7:30 p.m. on the second floor of the Northwestern Building in Lowertown. FMI and tickets ($15/$10). (Note: This concert was originally scheduled for April 12.) 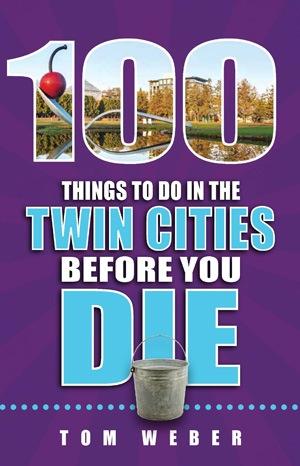 Wednesday at Magers & Quinn: Tom Weber presents “100 Things to Do in the Twin Cities Before You Die.” From 1) have a drink on Frost’s patio to 100) get a shave at Heimie’s, this book reminds us of things we take for granted but people from other places we won’t name would die for. Except maybe for 70) Try Lutefisk. No, thanks. Forget it. YOU try it. Our only question (actually, two questions): Why did it take so long for someone to write this book? And why didn’t we think of it first? MPR News host Tom Weber does a fabulous job of explaining why Minneapolis and St. Paul are so great and pointing out places we should visit if we haven’t already. Know someone who’s planning a trip here soon? They need this book. You need this book. We all need this book. 7 p.m. Free.

Thursday at Common Good Books: Doug Hennes discusses “The Great Heart: The Story of I.A. O’Shaughnessy, Oilman & Philanthropist.” Born in Stillwater, O’Shaughnessy became the largest independent oil refiner in the United States, owner of the Cleveland Indians, and a man whose name ended up on a lot of buildings. He once said, “The Lord has been good to me, so I figure I might as well spread some of my money around where it will do some good.” Now there’s a concept. First-time author Hennes tells his life story. 7 p.m. Free.