In his quest to attract broader audiences to classical music, Schubert Club Artistic and Executive Director Barry Kempton has hit a sweet spot with Schubert Club Mix, a series launched in 2013.

Back then he wrote on the Schubert Club’s website, “If we succeed in attracting a music lover or music liker to a live performance for the first time, does it really matter whether they are 35 or 55 or 75?” What seemed at first like a risky proposition for the Schubert Club crowd, accustomed to high-ticket performances by high-profile artists like mezzo-soprano Joyce DiDonato, who sold out the Ordway earlier this week, Mix has proved successful enough that a third season has just been announced.

The official description of Mix as a series “that takes the formality out of classical music,” presenting “a mix of old and new … in nontraditional but stylish venues” may sound like a bid for hipsters. But the results have been more in line with what Kempton originally wanted. We’ve seen all ages (including kids) at Mix concerts. The series not only draws younger audiences to classical music, it also brings older audiences and Schubert Club regulars to performances by newer, young artists.

Season Three should continue that trend. Four concerts will be presented in three “nontraditional but stylish” venues: Bedlam Lowertown, Aria in Minneapolis and, new to Mix, the James J. Hill Center, a.k.a. the James J. Hill Library, a beautiful old space on Rice Park. All are informal. You don’t have to dress up. You can have a drink while you enjoy the music. And the ticket prices won’t break the bank.

Here’s the promising line-up: Sunday, Oct. 11, at Bedlam: Sybarite5. An award-winning string quintet equally at home with Mozart, Piazzolla and Radiohead. The program’s centerpiece will be “Look Back/Move Forward,” a newly commissioned, Bach-inspired suite by six composers, each asked to contribute one movement. Thursday, Dec. 3, at the Hill Center: David Greilsammer. Adept at both baroque and contemporary music, the Jerusalem-born, Juilliard educated pianist will perform sonatas by Scarlatti and John Cage on piano and prepared piano.

Tuesday, March 8, 2016, at Aria: Avi Avital, Ksenija Sidorova and Itamar Doari. Like Nickel Creek’s Chris Thile, Avital is revitalizing the mandolin, once a nearly forgotten instrument, through sheer virtuosity and musicianship. The Grammy-nominated Israeli musician will be touring with his “Between Worlds” project, which crosses over from classical and folk. (We’ve been listening to the recording and it’s fantastic.) Tuesday, April 5, back at Bedlam: Gabriel Kahane and Timo Andres. Singer/songwriter Kahane and composer/pianist Andres will present an evening of “Friends Making Music” in a quasi-live-mix tape of music from four centuries including Bach, Britten and Charles Ives. We last saw Kahane and Andres here for Liquid Music in 2014 and welcome their return.

If you want to learn about the history of the Guthrie Theater, go to the U’s Elmer L. Andersen Library. Its Performing Arts Archives has annotated scripts, performance reports, programs, reviews, photographs, costume bible scrapbooks, audio and video recordings – documentation from every play produced at the Guthrie and the theater’s organizational history. Most of it is accessible, but more recent materials have remained largely uncataloged.

That’s about to change, thanks to a new $100,000 grant from the National Endowment for the Humanities. The grant will fund a 12-month project to arrange, preserve, and describe the Guthrie’s records, identify materials for inclusion in the Digital Public Library of America and other online sources, and create a plan to preserve the theater’s 21st-century materials.

If you don’t know the Andersen Library, it’s a fascinating place, an innocent-looking tip-of-the-iceberg building on the West Bank. Much of it is underground, in two enormous caverns, each two stories high and the length of two football fields. Along with the Guthrie materials, it houses the archives of the Minnesota Orchestral Association, the Minnesota Dance Theatre, the James Sewell Ballet, the University Film Society (1962-1998), and many more.

The Kerlan Collection of Children’s Literature lives there, and the Givens Collection of African American Literature. They aren’t part of the Performing Arts Archives, but each is a major resource.

The Andersen is not a place where you can wander in, surf the web and check out books, but it is open to the public. An archivist who works there recently wrote a piece that helps explain it. And here’s more information about the building and how it was constructed (hint: it involved a whole lot of digging).

We strayed off the original topic – that $100,000 NEA grant – but if you followed along, you might want to visit the Andersen, because you can. 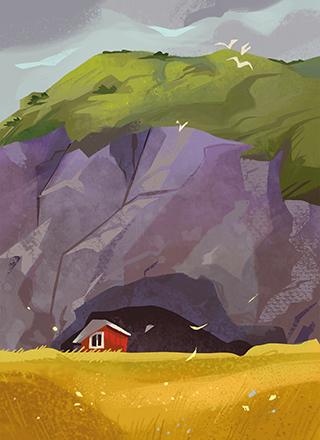 Tonight (Friday, May 22) at Light Grey Art Lab: Iceland Residency Exhibition Opening Reception. Last August, Light Grey Art Lab took a group of artists to Iceland for a weeklong residency. Fourteen international artists converged on a farmhouse at the base of the Eyjafjallajökull volcano to collaborate, share ideas, and create. The results include paintings, photography, graphite and charcoal drawings, a combination of photography with 3D digital rendering, and plush sculptures. The opening reception features an artist talk by Sam Bosma, an award-winning comic and illustration professional and one of the residency artists. 7-10 p.m. Free. Through June 26.

Tonight through Sunday at the Walker: Christopher Nolan’s “Dark Knight” trilogy. Sure, you can stream these films at home, but it will be more fun to see them at the Walker Cinema among other fans. All screenings are at 7 p.m. On Friday: “Batman Begins.” Saturday: “The Dark Knight” (with Heath Ledger as the Joker). Sunday: “The Dark Knight Rises.” As much as we liked Michael Keaton’s quirky, tormented turn as the Caped Crusader, Christian Bale really is the best Batman. Don’t even get us started on Val Kilmer. Click the links FMI and tickets ($9/$7 Walker members, students, seniors).

Courtesy of the Aster
Patty and the Buttons

Saturday at the Aster: Patty and the Buttons featuring Connie Evingson. The four-piece swing band led by button accordionist Patrick Harison is joined by singer Connie Evingson for a match made in music heaven. If you don’t know the Aster, a charming café on the scenic St. Anthony Main riverfront, this is a great time of year to discover it. Patty and the Buttons have made it a second home, playing brunch there on Sundays. Saturday’s concert is at 9 p.m. $15.

Sunday on your teevee: “Mortal Enemies.” The U.S. premiere of a Danish documentary about a Minnesota World War II veteran. The story: In 1944, German fighter pilot Hans-Hermann Muller shot down an American B-17 Flying Fortress over Denmark. As the American crew parachuted to earth, Muller went against his strict orders and spared their lives. In 2012, Les Schrenk, a surviving member of the crew, tracked down Muller in Heidelberg to thank him for his act of exceptional humanitarianism. Written and directed by Uffe Bregendahl, the film airs at 6:30 p.m. on Channel 2 (TPT2). The Minnesota Channel (TPTMN) will show it at 7 p.m. and follow with a whole evening of veterans-related programming.

Most of the Minnesota Historical Society’s 26 sites and museums will be open Memorial Day weekend, including the Jeffers Petroglyphs near Comfrey. For nearly 7,000 years, American Indian peoples carved sacred symbols on a ridge of red rock in southwestern Minnesota. The earliest carvings are older than Egypt’s pyramids; the last were carved in the mid-1700s. In recent years, 3,000 additional carvings have been uncovered, bringing the total identified number of petroglyphs to 5,000. Beginning Memorial Day weekend, tours are offered three times a day, at 10:30 a.m., 1 p.m. and 3 p.m. $7 adults, $6 seniors and college students, $5 ages 6-17, free for MNHS members and kids under 5. FMI. 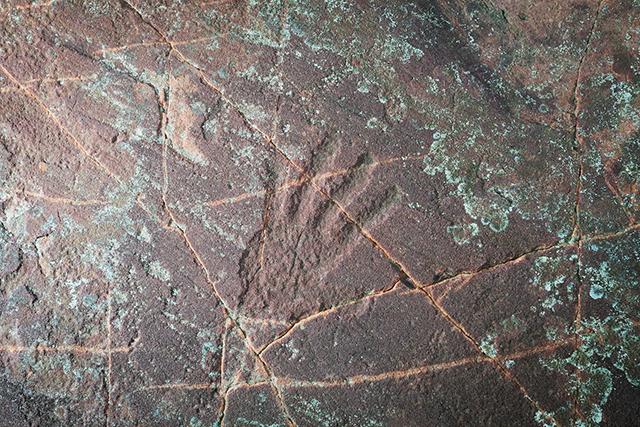 Courtesy of the Minnesota Historical Society
Part of the Jeffers Petroglyphs

Filmmaker, actor, and writer Woody Allen has a side gig: clarinetist and leader of a traditional Dixieland-style New Orleans jazz band with a repertoire of more than 1,200 songs: early 20th-century popular tunes, hymns, spirituals, marches, blues and rags. What will they play at the State Theatre on Aug. 2? They won’t know until they take the stage, and there will be no opening act. Tickets go on sale today at 10 a.m. ($53.50-$104). 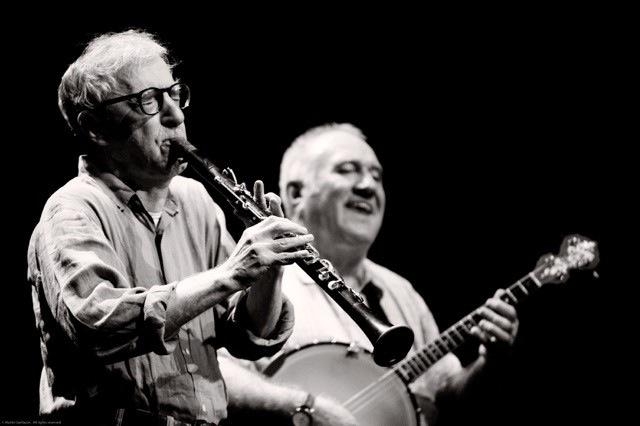 Courtesy of the Hennepin Theatre Trust
Woody Allen has a side gig as a clarinetist.