In 1993, a group of potters with studios in the St. Croix Valley decided to try something new. Rather than hold individual sales whenever, they would all open their doors on Mother’s Day weekend for a self-guided tour. A couple hundred people showed up, enough to repeat the experiment.

Twenty-three years, countless thousands of handmade pots and many tens of thousands of visitors later, the St. Croix Valley Pottery Tour is a Minnesota institution and a national model. Collectors mark their calendars annually. (It’s still on Mother’s Day weekend.) People drive or fly in from other states; last year’s casual ZIP code survey revealed that 23 percent of visitors traveled more than 300 miles. Others have come from England, Korea and Japan.

One year a tour bus full of clay fans from the Smithsonian arrived, pulled into potter Robert Briscoe’s long driveway in Stark and couldn’t get out when the driveway filled up behind it.

This year’s tour, which starts tomorrow, features seven host potters and 47 invited guests from around the nation, some from as far as Montana and Maine. (Past tours have featured guest artists from Australia, New Zealand and Scotland.) About 4,000 people are expected to attend — a conservative estimate, since last year’s tour drew 4,500. The seven locations from Stark to Shafer (or Shafer to Stark, if you prefer) are spread out through the scenic valley, with its winding roads, small towns and rolling hills.

You can do the whole tour in a day, but two days are better, if you have the time. Look at the website, and if you see something you especially like, go there first. Pick up a brochure when you arrive and plan other stops from that, following the map on the back.

“Limiting yourself to four locations in a day is a good idea,” Briscoe, one of the founders and still a host, recommends. “Start with the pottery you most want to see, then either go north or south. There’s no bad pottery. Early on, someone suggested we have a jury process, and I said absolutely not. We’ve all been doing this a long time. We’re not going to embarrass ourselves by having bad pottery. Let’s just trust each other.”

Not everything you see will suit your particular taste, but if you like pots, you’ll probably find something you like and want to live with: a plate, a pitcher, a mug, a vase, a set of dinnerware put together on the spot, laid out on the ground, with thoughtful help from bystanders. There will be tents and food, beer and cider and occasional live music. It’s a warmly hospitable and social event, with plenty of chances to talk with makers and other visitors.

The tour’s impact extends beyond a good shopping experience. It has spawned other all-pottery tours in Omaha, Wisconsin, Tampa, Florida, Austin, Texas, Massachusetts, Pittsburgh and upstate New York. And “it has made people believe they can do this economically, that they can have a career as a potter,” Briscoe said. “Jason Trebs came to the tour as a student at Bemidji State, with his teacher. He was smitten with it. When I was starting out, no one was making pots for a living. Now young potters can see a path.”

Trebs, a full-time potter since 2004, is a regular tour guest at Briscoe’s studio. He’s been trying out new ideas: patterns cut with a homemade bow saw tool, shapes he calls Orthogons and Monoliths. He’ll tell you about them, if you ask. 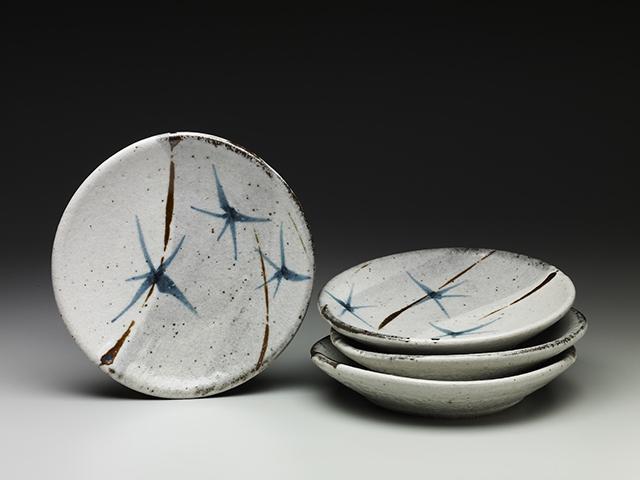 Speaking of pottery: Northern Clay Center announced Wednesday that it will receive a $15,000 grant from the National Endowment for the Arts. The grant will be used to support NCC’s exhibitions and related outreach programming. Over the next 16 months, NCC will produce four major exhibitions of contemporary ceramics, each accompanied by outreach activities.

Tonight (Thursday, May 7): First Thursday in the Arts District. At this monthly open studio and gallery tour, studios will be open in the Northrup King Building, Casket Arts Building, Solar Arts Building and others throughout the Northeast Minneapolis Arts District (which, BTW, was recently named “Best Arts District” by USA Today). Also, for the first time, you can view the Art-A-Whirl Silent Auction before the madness of Art-A-Whirl begins. Find it in Gallery 332 of the Northrup King Building. 5-9 p.m. FMI. Free.

Tonight at the Ritz: “The Last Queen of Canaan.” A new musical in the making, written by Harrison David Rivers, recent recipient of a McKnight Foundation Playwriting Fellowship, with a gospel-infused score. Set in 1937 on a farm in rural Virginia, it follows the relationship between a 92-year-old sharecropper, her restless 22-year-old great-granddaughter, and a Northern do-gooder who arrives to collect the old woman’s story for the WPA. Peter Rothstein directs. 6:30 p.m. FMI and tickets ($12). Also Friday and Saturday.

Friday at Orchestra Hall: Ron Miles with the Atrium Jazz Ensemble. A Denver-based trumpeter and composer, Miles is known for his heartfelt playing, humanity and humility. He has released nine CDs as a leader, performed and recorded with Ginger Baker, Mercer Ellington, Don Byron, Jason Moran and especially Bill Frisell, with whom he has a long and mutually respectful working relationship. In the glass-walled Atrium, he’ll be joined by pianist Bryan Nichols, bassist Anthony Cox and JT Bates on drums. 10:30 p.m. FMI and tickets ($15). 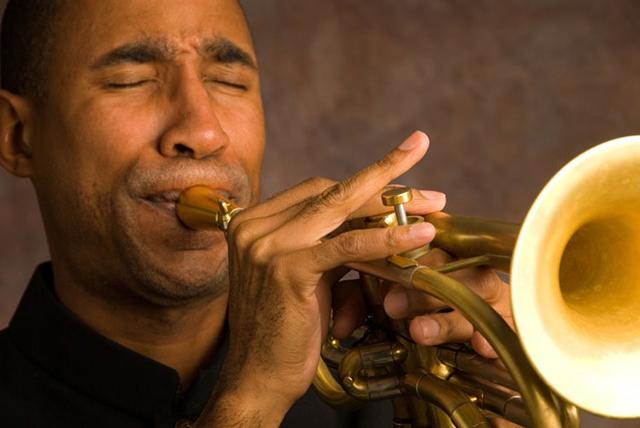 Saturday through Monday at The Museum of Russian Art: “The Battle of Stalingrad.” Photographs, period materials and original artworks about the battle that lasted 200 days and changed the course of WWII. A collaboration with the Russian Cultural Centre and Russia’s Central Museum of the Great Patriotic War of 1941-45. Free tours Monday at 10:30 a.m., 1 p.m. and 3 p.m. Museum admission required. FMI. Three days only; ends Monday, May 11.

Monday at Penumbra: “The People’s Music: Jazz in Saint Paul.” Part of the Friends of the Saint Paul Public Library’s annual Untold Stories Labor History Series, this program looks at how the city nurtured jazz and explores its history. With live performances by the Tommy Robinson Trio and student musicians from Roseville High School and Capital Hill Junior High. Reception at 6:15 p.m., program at 7. Free.

Saturday, May 16 at Coffman Memorial Union: Hangeul Party with Master Korean Calligraphist Byoung Chul Park. Invented in 1443 as a way to educate the people, Hangeul (Korean calligraphy) has been designated a National Treasure in UNESCO’s Memory of the World. This rare and unusual public event features more than 30 of Park’s works; the chance to have your name rendered in calligraphy; the opportunity to create your own design with Park’s guidance, using a free calligraphy kit (brush, paper, ink stick and inkstone); and a free round-trip ticket to Seoul to the lucky Best Calligraphy winner. Sponsored by the Consulate General of the Republic of Korea in Chicago and the Minneapolis-based cross-cultural communicator AllThatStory America. 2-6 p.m. Free, but RSVP is required by next Monday, May 11.