Let’s agree not to call them Phil 1 and Phil 2. VocalEssence and its artistic director and founder, Philip Brunelle, have announced that G. Phillip Shoultz III has been named associate conductor, a newly created full-time position.

Originally from Georgia, Shoultz is pursuing his doctorate in conducting at the U of M, where he leads two choral ensembles. He earned his undergraduate degrees at the University of Georgia and his Master’s at Georgia State.

While in Atlanta, Shoultz directed adult and youth community choirs, founded the Georgia Young Men’s Ensemble, sang with the Grammy-winning Gwinett Young Singers and earned Teacher of the Year honors three times for his work in public schools. He sings professionally and believes that every person can experience great joy through singing.

Shoultz is currently working with the VocalEssence ¡Cantaré! Program; his first official appearance as associate conductor will be at a concert in October. He starts his new full-time job in July. Brunelle suggests we call him by his initials, GPS, “since he’ll be a great guide.”

The Minnesota History Center has unveiled this summer’s “9 Nights of Music” line-up. Now in its 18th year, this popular – and still free – outdoor series combines live music and dancing with preshow activities and dance instruction from Tapestry Folk Dance Center, plus free admission to the History Center’s galleries from 5 to 8 p.m. It’s a fine plan for a summer’s worth of Tuesday nights. In case of rain, performances move indoors to the History Center’s auditorium. 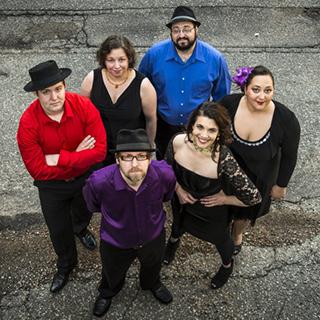 The idea for Horror Fest was born after Four Humors presented its horrific comedy “Harold” at the Cincinnati Fringe in 2010 and won the Critics’ Pick Award. They wanted to perform the piece here, but not as a stand-alone. The first Horror Fest, with seven productions, took over the Southern for the two weekends spanning Halloween 2012. It’s now an annual thing, run by an actual company, committed to the Southern through 2017.

The TCHF IV line-up includes a few still-untitled works, but there will be 12 different shows by 12 different performance groups from Oct. 22 to Nov. 1. Five of the 12 will be presenting at the festival for the first time.

A sampling: From Four Humors, “Mortem Capiendum,” a traveling medicine show (and past Minnesota Fringe hit). From Dangerous Productions, “Epidemic,” an exploration of the psychology of crowd violence. From Mike Fotis, an untitled work about a camping trip gone wrong. Horrorshow Hotdog will curate an evening of horror film shorts; Green T Productions will bring us Japanese ghost stories, with live music. And on Halloween morning, Adam Levy and the Bunny Clogs will throw a family dance party. (Thank goodness; this is more our speed.) We’ll let you know when tickets go on sale in July. 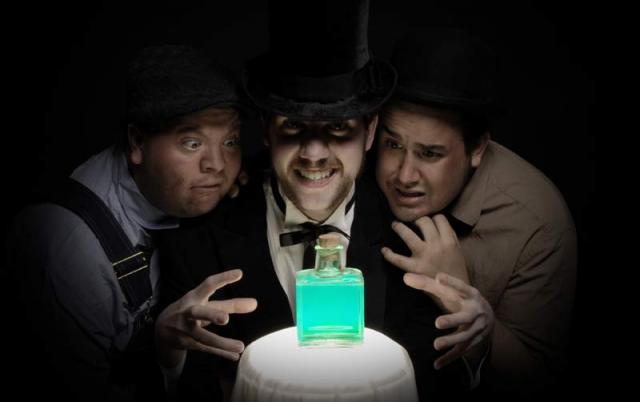 In case you missed MPR’s live broadcasts of the Minnesota Orchestra’s Cuba concerts last weekend, or you want to hear them again, you can tune into Classical MPR on Thursday and Friday, June 11 and 12, at 8 p.m. for rebroadcasts. Or listen anytime online here and here.

It’s a safe bet that every Minnesotan harbors a secret desire to win a State Fair ribbon. Luckily the Fair offers plenty of entry points. Do you knit? Carve? Pickle? Sew? Bake? Can? Raise pigs or horses, llamas, rabbits or goats? Paint? Draw? Keep bees? Grow Christmas trees? Quilt? Scrapbook? Collect stamps? Blow glass? Make seed art? Oh, go ahead and enter. Just do it. Here’s everything you need to know. Sadly, all poultry shows at the State Fair (and all county fairs across Minnesota) have been canceled because of bird flu.

Opens tonight (Thursday, May 21) at the Walker: Artist-Designed Mini Golf. Leave it to the Walker to put a highbrow spin on a dimpled little ball. Back for summer 2015, the popular artsy putt-putt features two different courses of nine holes each, none with windmills. Some holes are returnees: Jess Hirsch’s “Stargazer,” Kyle Fokken’s “Snake Bite!” and Robin Schwartzman’s maddening “Don’t Blow It.” Some are new this year, inspired by the Walker’s “International Pop” exhibition: the Keith Haring joke “Red Haring,” the Andy Warhol(e) witticism “Thrillo-Brillo Clean Shot.” We learned something this year about Paul Hedlund’s “Curling Club”: Put your ball in the right place and maybe, if the mini golf gods are with you, it will roll toward and into the hole, giving you a hole-in-none. On the green just west of the Sculpture Garden. Thursday-Saturday 10 a.m. – 10 p.m., Sunday-Wednesday 10 a.m. – 8 p.m. Closed June 19-21 for Rock the Garden. 9 holes: $12 adults/$10 students/$9 Walker members and kids 7-12. Every ticket includes free gallery admission.

Tonight through Sunday at the Cowles: Theatre Unbound’s “Hamlet.” Shakespeare’s play performed by an all-female cast. This is nothing new for Theatre Unbound, which won an Ivey in 2012 for its all-female production of “Julius Caesar.” In Shakespeare’s day men played all the roles, so what’s the diff? Leah Adcock-Starr directs a cast of eight women. In the JSB Tek Box. 7:30 p.m. Thursday, Friday, and Saturday, 2 p.m. Sunday. FMI with link to tickets ($18-$20). Ends May 31.

Friday at Parma: Travis Anderson Trio. Back from his trip to Cuba with the Minnesota Orchestra (his main gig is photography), pianist Anderson leads his trio in a night of jazz at the D’Amico restaurant. With Steve Pikal on bass and Nathan Norman on drums. 7:30 p.m. No cover.

Saturday at Studio Z: Granias, Thomas & Ewart. All we can say about this is: Expect the unexpected. Granias and Thomas are pianists, Ewart plays reeds and other assorted instruments, many he built himself from found objects. All three are gifted, imaginative, adventuresome players, composers and improvisers. Bring open ears and let the musicians do the heavy thinking. 7 p.m. FMI and tickets ($15).