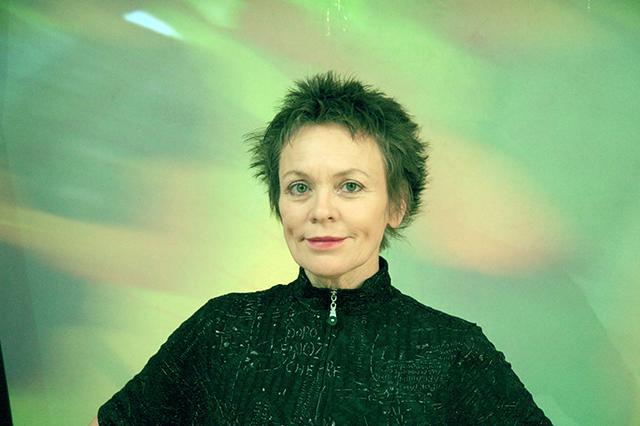 Courtesy of the SPCO
Saturday, March 19, at the Fitzgerald: Laurie Anderson

Liquid Music will travel from Aria in Minneapolis to the Walker’s McGuire Theater, Bedlam Lowertown, the Ordway Concert Hall, the Fitzgerald Theater, the Walker’s galleries, the Hill Reference Library and the Guthrie’s Dowling Studio in a dizzying sonic journey through the cities. Performances will include chamber music, spoken word, dance, electronics, multimedia/visual design, a wordless opera, puppetry and a solo night with Laurie Anderson.

“The series is all about introducing the new,” series curator and producer Kate Nordstrum said Friday. That’s for sure. Even when you know who’s on the bill, chances are you won’t know the kind of music they make, what they will perform that night or who else might show up.

Liquid Music is not just about presenting concerts; it never has been. It’s about collaborations, experiments, and making dreams come true – for artists and increasingly for audiences. It’s as much about process as product. Creative people are most creative when they’re making something; Nordstrum thinks that other creative people, and those who are interested in creativity, will find that interesting.

It seems she’s right. Liquid Music has built steadily from a rough start in 2012-13 during the SPCO lockout to the recently completed 2014-15 season, which sold out all eight events including one in March at the new 1,100-seat Ordway Concert Hall. That’s a lot of Minnesotans signing up for unpredictability. It speaks to how we’ve learned to trust Nordstrum’s taste, restless spirit and willingness – call it eagerness – to take risks.

We asked Nordstrum to walk us through the 2015-16 lineup and comment on each event. The following is a small-bites preview of a musical progressive dinner that will take us from mid-October through June of next year and hint at what’s to come in 2016-17.

Friday-Saturday, Nov. 13-14 at Bedlam Lowertown: Miranda Cuckson: “Sun Propeller.” Cuckson is an acclaimed violist and violinist. “I’m fascinated by her as a performer, so I reached out to her and asked her to propose a program of all new work by a wide variety of composers. … She looks internationally, very far.” Composer Nina C. Young will be present on electronics.

Thursday, Feb. 11, 2016, at the Ordway Concert Hall: Daniel Wohl: “Holographic,” with Mantra Percussion and Holographic String Quartet. “This is in the same vein as the ‘Sisyphus’ album we commissioned last year [with Sufjan Stevens, Son Lux and Serengeti].” It’s a far-ranging project co-commissioned by Liquid Music, MASS MoCA (the Massachusetts Museum of Contemporary Art), the Baryshnikov Arts Center in New York and the Indianapolis Museum of Art. Because it has a visual component, it will be presented here with the Film Society of Minneapolis St. Paul. (This is one of those sweeping, big-concept shows Nordstrum likes to call “heart centers.”)

Saturday, March 19, at the Fitzgerald: Laurie Anderson: “The Language of the Future.” Anderson opened the first Liquid Music season in 2012 with a show called “Dirtday!” at the Walker. Nordstrum is thrilled to have her back. “I love Laurie Anderson. She doesn’t take that many gigs. She doesn’t have to.”

Thursday, March 24, in the Walker’s galleries: Vicky Chow and Tristan Perich: “Surface Images.” Composer Perich pairs acoustic instruments with handmade one-bit electronics – the most basic form of digital music, one bit of information at a time. Beeps and blips. “Chow is on piano, and speakers are set up in a semicircle around her, and it’s a wave of music and sound, and it’s going to be great in the gallery because you can move around and hear it from different angles.” Also, it’s free.

Friday-Saturday, April 1-2, at the Walker’s McGuire Theater: Kid Koala and Afiara Quartet: “Nufonia Must Fall.” A graphic novel animated in real time with puppets on little stages projected large via GoPro video, with live music on piano, strings, turntables and electronics. Kid Koala is a DJ, producer, composer and author; his director is Oscar nominee K.K. Barrett (Spike Joneze’s “Where the Wild Things Are”). “This will be like nothing else on the season – a full story that unfolds before your eyes.”

Tuesday, April 26, at the James J. Hill Reference Library: Saul Williams and Mivos Quartet: “No One Ever Does.” Hip-hop poet Williams and the new music ensemble Mivos meet for a night of spoken word and music in honor of National Poetry Month. “I’d heard through a few friends that I should just program what they’ve done, but my interest was to take what they’ve done and go further, so there will be world premieres by composers Ted Hearne and Jace Clayton [DJ/rupture].”

Friday-Saturday, May 13-14, at the Walker’s McGuire Theater: Devendra Banhart and Friends: “Wind Grove Mind Alone.” Two nights of music drawn from Banhart’s seven albums. “Banhart is a big name in the ‘freak folk’ movement.” Not all of the personnel have been confirmed – this event is almost a year away – but so far they include the L.A.-based art music duo Hecuba, Rodrigo Amarante, composer William Basinski and Helado Negro, who sold out the Concert Hall earlier this year. 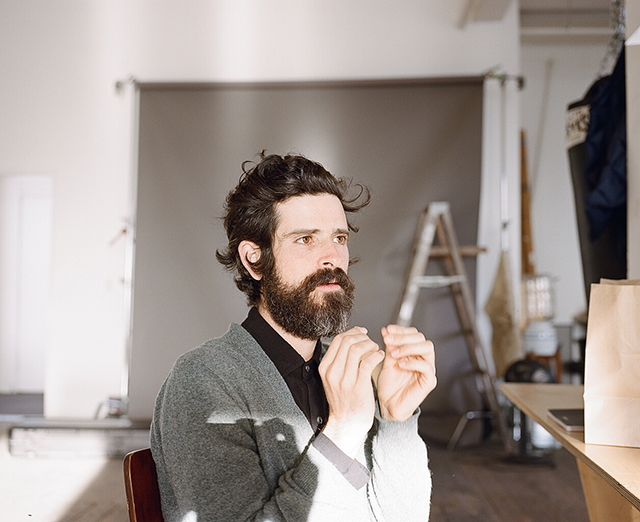 Courtesy of the SPCO
Devendra Banhart

Thursday-Saturday, June 16-18 at the Guthrie’s Dowling Studio: Steven Mackey: “Orpheus Unsung.” The world premiere of a new opera without words by Grammy-winning composer Mackey in collaboration with Jason Treuting of Sō Percussion, directed by Mark DeChiazza and featuring musicians of the SPCO. Three nights of music, cinematic imagery and dance. “Mackey could do a world premiere anywhere he wants. This is a project he’s wanted to realize for a very long time. We’ll also have a residency at Carleton College.”

Meanwhile, two groups have been named Liquid Music’s “artists-in-virtual-residence” for 2015-16. The Berlin-based group s t a r g a z e and Minneapolis’ own Poliça will work together on a performance to premiere in fall 2016. Starting this fall, we can watch it take shape in blog posts, videos and other documentation on the series’ website. “A project is not something that magically happens,” Nordstrum said. If we didn’t know that before, we’re learning it now.

Read more about Liquid Music here. (The series now has its own website.) Subscriptions ($177 for all nine ticketed programs) and individual tickets are available today on the web and by phone at 651-291-1144.

Tonight (Tuesday, June 2) at the Dakota: Band 2 featuring Tim Ries & Bernard Fowler. In town to play with the Stones, Ries is a saxophonist whose recordings include jazzy versions of Stones songs (“The Rolling Stones Project,” vols. 1 and 2). Fowler is a vocalist who has worked with Bootsy Collins, Herbie Hancock, Philip Glass and many others. With Chuck Leavell on piano, they’ll perform with local heroes Kevin Washington on drums, Gary Raynor on bass and Cory Wong on guitar. 7 p.m. FMI and tickets ($45).

Tonight at the new Walker Community Church: Nautilus Music-Theater Rough Cuts. Excerpts from Skylark Opera’s upcoming production of Puccini’s rarely performed “La Rondine” (The Swallow) and from “Falling to Earth,” a new musical work-in-progress retelling of the Pygmalion myth by Tom Gualtieri and David Sisco. 7:30. $5 or pay-as-able at the door. Free cookies and milk, limited seating. Call 651-298-9913 for reservations or email staff@nautilusmusictheater.org.

Wednesday at Micawber’s Books: Poet Michael Dennis Browne reads from his new collection, “The Voices.” Poems about music and music-making, celebrations of life and remembrances of departed loved ones. An emeritus professor at the U of M, award-winning poet Browne directed its creative writing program. 7 p.m. Free.

Thursday at Minnehaha Park: Classical MPR Presents Harmony in the Park. Tesfa Wondemagegnehu, MinnRoast fave and manager of Classical MPR’s Choral Works Initiative, hosts an evening of choral music by Twin Cities-based ensembles Calliope Women’s Chorus, Twin Cities Youth Chorale and members of the National Lutheran Choir. First-come, first-served seating is available; be smart and bring a folding lawn chair or a blanket. At the intersection of Hiawatha Ave. and Minnehaha Parkway on the banks of the Mississippi in Minneapolis. 7 p.m., rain or shine. Free. Donations accepted of clean, gently used and playable instruments for kids in need.

A few years back, we stepped out of our Airbnb rental in Hell’s Kitchen into the Ninth Avenue International Food Festival. We barely made it back alive. Four Minnesota Food Truck Fairs are planned for this summer. Each promises beer, live music and the kind of fun you can only get from watching people walking around and eating. Remember when there were no food trucks? Those were sad times. All Food Truck Fairs are 11 a.m. – 9 p.m. Blaine: Saturday, June 20, National Sports Center, 40 food trucks. Uptown: Sunday, June 28, Hennepin Ave. between Lake and 31st, 60 food trucks. St. Paul: Saturday, July 25, Kellogg and 7th across from Xcel, 40 food trucks. Burnsville: Saturday, Sept. 19, Burnsville Center, 40 food trucks. FMI. $2 gets you in. Meanwhile, here’s the handy MSP Food Truck Tracker. 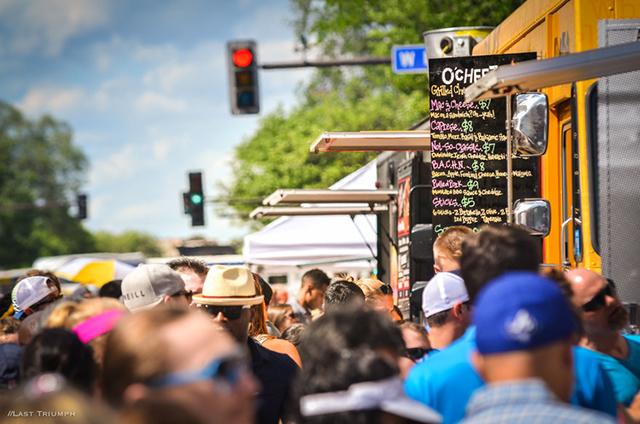