Twenty years ago, you couldn’t have snapped a photo of One Voice Mixed Chorus without giving some people the chance to leave the room. Being photographed was too risky. Jobs were at stake.

Today we have Caitlyn Jenner on the cover of Vanity Fair, in a bustier.

North America’s largest LGBTA chorus (Lesbian, Gay, Bisexual, Transgender and Allies), with 125 singers ranging in age from 16 to 78, One Voice will perform at the Ordway Concert Hall on Saturday. The “Gender UnChecked!” concert will feature the company’s signature mix of carefully chosen songs and first-person stories.

An interactive display in the lobby will include giant gender-bending puppets created with help from Bart Buch of Heart of the Beast, a dress-up corner where people can try on different kinds of clothing, and a “Lucy Booth” (“The Gender Expert Is In”) staffed by therapists and volunteers. Got questions about gender? Just ask.

Jane Ramseyer Miller is in her 20th year as artistic director for One Voice, which is based in St. Paul. Purely by coincidence, we spoke with her soon after the Jenner photo broke.

MinnPost: That Vanity Fair cover could not have happened 20 years ago.

Jane Ramseyer Miller: It’s really amazing. I was just writing a welcome to the concert and musing on exactly that. Ten years ago, my first singer came out to me as transgender and transitioned from soprano to bass. What an incredibly different culture and world we live in.

MP: What was One Voice like for transgender people when you arrived in 1995?

JM: It was a very cautious community. About 15 years ago we started welcoming transgender individuals. There were a lot of questions, a lot of misunderstandings, a lot of mistakes made in terms of assumptions and language that was used. We did a lot of education internally.

In 2003, One Voice hosted the first ever (as far as I’m aware of) transgender vocal festival. We explored what happens physiologically to voices, and we put together a transgender chorus and brought in clinicians and also did some workshops for transgender folks telling their own story. That was the very beginning for us. We have continued to listen and try to understand and also to educate.

MP: One Voice is almost a microcosm of the culture. Back in the 1970s and ’80s, gay men and lesbians did not exactly get along.

[Note: One Voice Mixed Chorus was founded in 1988 by Paul Petrella.]

JM: That’s exactly right, and it’s very much part of our history. The founder tells the story of deciding to start a gay and lesbian chorus because the two communities were so separate. In the middle of the AIDS epidemic, women started caring for friends who had AIDS, and that was a piece of what brought the two communities together.

One Voice started as a chorus for gay men and lesbians. It has really grown and changed since, incorporating a lot of transgender people and folks who identify as bisexual. We did a survey about three years ago and discovered that 29 percent of our chorus identifies as straight.

MP: What first drew you to One Voice? What were your professional and personal reasons? 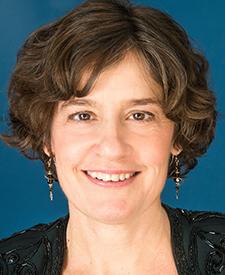 JM: I had been conducting, but mostly in church and religious communities. As I came out, I was welcome in fewer of those settings. The opportunity came up to conduct this chorus, and it was a good mix of my interest in music and also my interest in peace and justice issues in community organizing. All are very much part of the role I play within this chorus.

MP: What has kept you there for 20 years?

JM: I have stayed because of the real sense of passion and commitment of the singers who are part of this community, and because I believe in the life-changing effect that this kind of music can have on our community and on the world, and because every year I get to program new and different concerts that are fun and exciting.

JM: We do. We’ve commissioned probably over 25 pieces in the chorus’s history. One of the things I like to do is take pieces of music that may be traditional in one choral setting, then add a twist to them or an introduction that speaks to our mission.

JM: Yes. For example, when I began programming for “Gender UnChecked!” I pulled together a group of people who were particularly interested in gender-focused ideas and topics. I put them in a room and asked, “When our audience walks out the door of the concert hall, what do you want them to feel?”

They wanted people to have more questions than answers, so I’ve tried to program stories that highlight a variety of experiences related to gender. Someone said, “I want audience members to say, ‘I didn’t know that was an option,’ ” so people can think about things that have never occurred to them as options in their own lives, as options for their own children.

We created a series of lobby displays so that in addition to the music and the stories, there are hands-on ways that audience members can explore gender. … One of the displays is called “Gender Spectrum.” It’s a huge 8-foot display. Audience members will be invited to take a sticker and mark what gender they were assigned at birth, and then what gender they identify with currently.

A video of One Voice Mixed Chorus members creating puppets for their Gender UnChecked! concert.

MP: Are your audiences generally comfortable with this sort of thing?

JM: I am assuming this will push the comfort level for many of our audience members, which is exactly what we want to do. We want them to come back, but we’re prodding them in gentle ways. The concert also includes lots of humor and thoughtful, heart-moving stories.

MP: What’s the greatest challenge you have faced in your 20 years with One Voice?

JM: One of the big challenges as an artistic director is to balance the community aspect and the musical-quality aspect. I’m constantly trying to figure out how we can be really strong musically and still incorporate the many gifts and contributions of people within this community.

MP: Plus One Voice has a big outreach component.

JM: We do annual concerts in Greater Minnesota. … We perform in churches, for some P-FLAG groups [Parents and Friends of Lesbians and Gays], some AIDS/HIV organizations, any kind of LGBT pride group. Colleges and universities have often brought us in. We also have a program called “Out in Our Schools,” where we take curriculum and performances into schools. …

One Voice is a group that is genuinely, passionately committed to creating social change, and they have a beautiful way of doing it.

MP: Singing breaks down a lot of barriers.

JM: We see that over and over when we are in schools. We go in, we are introduced as an LGBT chorus, and the youths in the school kind of don’t want to get too close, and then we start singing, and we go in two or three times and rehearse. The students get to sing with 125 adults and adult voices, and many of them will never have that experience in their life again. So it’s really very powerful, the relationships that are formed in those settings.

MP: How often each year does One Voice perform?

JM: The full chorus – including the work we do in the community – probably around 10 times. We also have an a capella ensemble called Ovation, and they perform in the community 10 to 15 times, so we give around 25 concerts a year. Last year, we sang for just under 12,000 audience members.

MP: What has been your greatest accomplishment during your time with One Voice?

MP: How has the chorus developed and changed over the years?

JM: Many ways, actually. In the very first concert in 1988, there were a number of singers, especially those who worked in public schools, who were not comfortable having their names in the program because they were afraid of losing their jobs. I remember when I started that we could not take a photograph of the chorus without warning everybody so those who couldn’t be in a photo could leave the room.

That doesn’t happen anymore. People [in the chorus] are generally out, and if they’re not out, they join the chorus as a part of their coming-out process. And the straight people who join the chorus know that people may assume they’re gay, so that’s just another interesting little piece of how this has shifted.

MP: Did anyone ever get outed for being in One Voice?

JM: I don’t know of any stories where people were outed against their will. I have many stories of singers who brought family members or friends to a concert as a way of coming out. One of the really profound things I hear singers say is when their family comes to the concert, they experience this strong community of people onstage, and it’s very reassuring for parents to know that their child coming out has that kind of community supporting them.

Other audience members say they can feel this from the stage. One thing I insist on is that all the singers memorize their music so they’re not stuck behind a folder. You see the emotions, and you see the faces.

MP: With more people transitioning, One Voice might be making its own basses.

JM: That’s true. That is happening more and more.

Once Voice Mixed Chorus performs “Gender UnChecked!” at the Ordway Concert Hall this Saturday, June 13, at 3 p.m. and 7:30 p.m. The program includes songs by Eric Whitacre, Harry Belafonte, Dar Williams, Matthew Wilder, William Byrd and others, with stories and poems by chorus members and members of RECLAIM, an organization that works with youth ages 13-25 who are marginalized because of their gender identity, gender expression and/or sexual orientation. FMI and tickets ($15-40).