Each year, the Walker’s performing arts season has a hard act to follow: itself. With director and curator Philip Bither in charge since 1997, this eclectic, engaging and proudly risk-taking series of music, theater and dance is more than a beacon of the Twin Cities arts scene. Its grasp is global, and so is its sway.

Bither travels the nation and the world in search of projects fully formed or just taking shape, then adds them to the mix for the next season, or the next after that, commissioning new work, forming partnerships to move things along. By now, the season has deep roots and enduring relationships.

It’s always a special pleasure to hear him announce the new season. He did that for the press earlier this week and will do it for the public on Sept. 10 at the Walker’s McGuire Theater. Bither believes so passionately in each project that you’re swept up in his colorful stories, his boyish enthusiasm and his belief that these events matter deeply and we should all come out to see them. Even kids. (More about that in a moment.)

Quick facts: 2015-16 opens Sept. 24 and ends May 14. It includes 24 performance projects, eight Walker commissions, four world or Midwest premieres, and multiple collaborations: with the SPCO’s Liquid Music (five events), the Cedar (three), the O’Shaughnessy and the Givens Foundation for African-American Literature. Most events will be held in the Walker’s McGuire Theater,  others at Aria, the Cedar, the Fitzgerald, the O’Shaughnessy or in the Walker galleries.

About collaborations, Bither said, “This is a uniquely collaborative city. I’ve lived in and visited a lot of towns where people are at each other’s throats, competing for donors, competing for artists, competing for media attention. We’ve always felt it’s much better to find like-minded colleagues and join forces. We’re doing that more than ever.”

The 2015-16 season is a knockout. During the announcement, jaded journalists erupted in “wows!” It’s stuff we can’t wait to tell you about, though some events will take more ’splaining than others. Like, for example, “RoosevElvis,” a back-and-forth, gender-bending meeting between Teddy Roosevelt and Elvis Presley that kicks off January’s Out There series. By December we’ll have a better handle on that.

It’s a big season, with artists coming from as far away as Mauritania and Japan. More than half of the season is music, and for now, we’ll focus on highlights there. As the year unfolds, we’ll tell you more about the theater and dance events. You can browse the entire season on the Walker’s website. 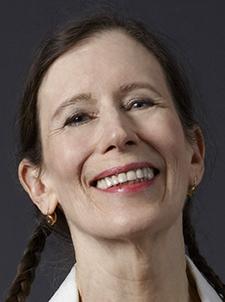 Meredith Monk and Vocal Ensemble (April 15, 2016). Now in her seventies, the enormously influential, endlessly creative Monk returns to the Walker after a seven-year absence. The night before, she’ll speak with Bither about her life and art in a public conversation.

We can count on the Walker for at least two nights of vitally important jazz each season. In 2004-5, Bither inaugurated the McGuire Theater with a three-day festival in honor of Ornette Coleman, the jazz pioneer who died yesterday. Earlier this year, Jason Moran and Robert Glasper shared the stage, and a supergroup of jazz giants from Chicago’s AACM (Association for the Advancement of Creative Musicians), led by legendary drummer Jack DeJohnette, came to play.

Born in Pakistan, Abbasi fuses contemporary jazz with South Indian Carnatic sounds. He’s written a new suite with pianist and quintet member Vijay Iyer; the recording should be out just before the Walker date. Iyer, who was recently named artist-in-residence at the Metropolitan Museum of Art and a Harvard professor and records for the prestigious label ECM, has promised to do everything in his power to be here. (Bither gave Iyer his own two-day minifestival in the 2011-12 season, the year before Iyer won his MacArthur “genius” grant.)

This will be Lehman’s first time at the Walker; his fascinating 2014 recording, “Mise en Abîme,” was named the top Jazz CD of the year by almost everyone. He works in a world of spectral music (where individual instrumental voices are precisely juxtaposed, and harmonies are organized by frequency relationships … or something like that), bringing in traditional jazz, improvisation and live electronics. But you won’t need a Ph.D. to enjoy his music. Just open ears. 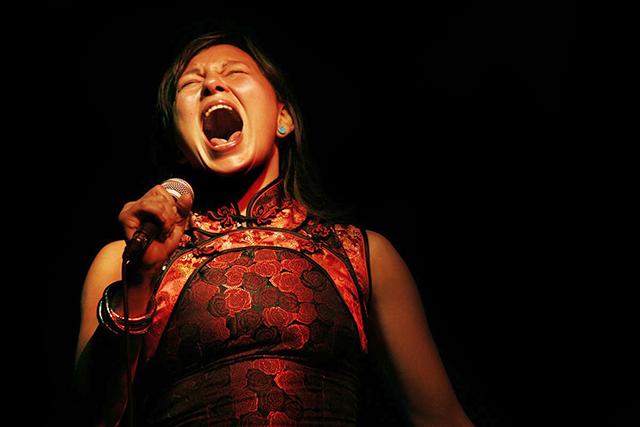 Tanja Tagaq is an Inuit throat singer who won a 2015 Juno award (Canada’s Grammy). She’s been called a “polar punk who makes Björk sound tame.” Here’s her hair-raising live performance at the Polaris Music Prizes in 2014. On Nov. 19-20 at the Walker, she’ll sing her own soundtrack to the clichéd and inaccurate silent film documentary “Nanook of the North.”

Add five co-presentations with Liquid Music – including a night with Laurie Anderson at the Fitzgerald (March 19) – plus the all-star Irish group the Gloaming, the Japanese pop group OOIOO (oh-oh-eye-oh-oh) and more, and it’s an exceptionally strong line-up.

Tagaq probably isn’t one for the kids, but Bither made a point of calling three other shows “family-friendly,” which may be a first. They include “The Object Lesson,” an immersive installation and performance about the things we acquire, featuring actor/illusionist/inventor Geoff Sobelle (Nov. 4-8); “Nufonia Must Fall,” DJ/producer Kid Koala’s graphic-novel-turned-GoPro-movie-with-puppets (a Liquid Music co-presentation; April 1-2, 2016); and “Aging Magician” with the Brooklyn Youth Chorus (March 5-6).

Tickets to all events are on sale now. September may seem like a long way away. It’s not.

Picks for the weekend and then some

Tonight (Friday, June 12) at the Loft: Mentor Series reading with Patricia Smith. Her “Blood Dazzler” (2008), about the human and environmental costs of Hurricane Katrina, was nominated for a National Book Award; “Teahouse of the Almighty” (2006) was a 2005 National Poetry Series selection. Smith is a four-time individual champion of the National Poetry Slam, so you know she can hold a crowd. Here’s a taste. She’ll read with Mentor Series program participants April Gibson (poetry) and Annette Schiebout (nonfiction). 7 p.m. Free.

Tonight through Sunday in the parks: The Cromulent Shakespeare Company: “Henry IV, Part 1.” The one where young Prince Hal hangs out with Falstaff, behaves badly and must redeem himself to his father the King. Shakespeare’s play is presented as a melodrama, with original music, swordplay and acrobatics. Bring a lawn chair or blanket, then cheer the good guys and boo the bad guys. 7 p.m. Friday at Lyndale Park Rose Garden (4124 Roseway Rd., Mpls.), 7 p.m. Saturday at Merriam Park (2000 St. Anthony Ave., St. Paul), 2 p.m. Sunday at Nokomis Park (2401 E. Minnehaha Parkway, Mpls.). Free. 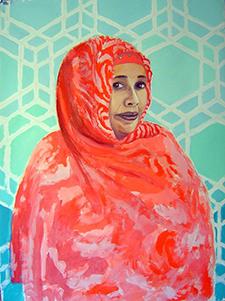 Saturday at the Hennepin History Museum: Opening reception for “Hey, Aren’t You Somebody? Portraits by Frank and Pamela Gaard.” For years, the Gaards have been creating colorful portraits of their friends, family members, coworkers and Southwest Minneapolis neighbors. Along with being an artist, Pamela works as a health and wellness educator, so the portraits include members of our local Somali community. Especially interesting are the dual portraits, where each artist interprets the same subject. The show also includes traditional weavings created by eight Somali weavers, a nice tie-in to another show opening the same night at the small but charming museum up Third Ave. from the MIA: “A Loom Here, A Loom There: 75 Years of the Weavers Guild of Minnesota.” Historic and contemporary weaving, photographs, artifacts, and unique pieces by more than 40 member artists. The Gaards will be there, along with Somali weavers and Guild representatives. 3-5 p.m. Saturday. Museum admission is $5 adults, $3 seniors and students. Visiting at this time requires the use of stairs.

Sunday at The Museum of Russian Art: Atrium String Quartet. An evening of Shostakovich and Beethoven performed by the Atrium Quartet of St. Petersburg (Russia, not Florida). Arrive early and visit the newly opened “Russian Samovars” exhibition or “Romance in Soviet Art.” 7 p.m. FMI and tickets ($30 general admission/$25 TMORA members).

Monday at Union Depot: Free Dance Night: Tango. Because you have always wanted to dance the tango. Professional instructor Deny Hukriede will teach you, with live music by violinist Sara Paunen, accordionist Patrick Harison and bassist Nick Gaudette. 6:30-9 p.m. in the Waiting Room. Dance instruction from 6:30-7, dancing from 7-9.

Monday at the Cedar: Brian Blade: “Mama Rosa.” Most jazz fans know Brian Blade as a superb drummer, leader of his own Fellowship Band and drummer for the likes of Wayne Shorter and Joni Mitchell. Most were surprised to learn he’s also a singer/songwriter with a sweet, soulful voice. “Mama Rosa” (the album came out in 2009) includes warm, personal songs about faith and family. Doors at 7 p.m., show at 7:30. FMI and tickets ($20 advance, $25 day of show). All ages.

Monday at Icehouse: Bryan Nichols’ We Are Many. Pianist and composer Nichols has a trio, quartet, quintet and We Are Many, a large group rarely heard because it’s too hard to get everyone together. Monday will include Jeremy Ylvisaker (guitar), Brandon Wozniak (saxophone), Nelson Devereaux (saxophone), Jake Baldwin (trumpet), Dave Graf (trombone), Adam Linz (bass), James Buckley (bass) and JT Bates (drums). Original music and original thinking by nine fine Twin Cities players. 9:30 p.m. $10 at the door.