Commemorative art can be tricky. It has to please a lot of people, or at least not offend them. Sometimes the art fits the theme but is otherwise meh. So it’s exciting when an artist does the job in a fresh and unexpected way.

This year’s Uptown Art Fair commemorative art, “Wings Over Uptown,” is dreamy and strange. There’s a big red vinyl LP of a sun, trees like green agates, and streets carpeted with dense geometric patterns. Everything glows. There are no people or cars, but two bald eagles soar on either side of the Uptown Theater marquee.

Artist Brian Delozier’s creation sizzles with color and energy. It looks like a woven silk tapestry. It’s not. It’s hundreds of thousands of tiny dots, made with ultra-fine point markers on matte finish paper. Delozier, a Pennsylvania native who lives in Little Falls, estimates it took him 150 hours to complete the piece.

Like Seurat, Delozier is a pointillist. He discovered his talent and his technique after a skiing accident in 2002 left him paralyzed from the chest down. He eventually was able to walk again but never regained complete use of his hands. An artist encouraged him to try drawing with dots. “I had no interest in art before my accident,” Delozier said, “but suddenly I had found my passion.”

Prints of “Wings Over Uptown” will be available at the Uptown Art Fair, Aug. 7-9. You might want to take one home. It’s art that’s both local and otherworldly. Kind of like Uptown itself.

Pulling out all the stops, the U of M is proceeding with the multimillion-dollar restoration of its rare historic Aeolian-Skinner pipe organ, which has been in storage for years.

In April, we reported that a gift of more than $4 million from alumnus Roger Anderson had completed the private funding needed to go ahead with the project. Finance & Commerce reported late last week that the restoration is included in a proposed $92.9 million capital budget for 2016. Once the Board of Regents gives its formal approval, it will take about 30 months before the organ is reinstalled in its new and hugely improved home at Northrop.

In its $80-million Northrop redo, HGA Architects made sure to leave a way to bring the organ back in, and space for its 7,000 pipes, some over three stories tall.

The organ was originally installed in four sections from 1932-1935. Its total cost was about $54,000 – less than the quoted price of $64,000. It was, after all, the Depression. The organ was dedicated in 1936 with a performance by Charles Courboin, a Belgian-American virtuoso popular at the time.

Once it’s back, it will be the largest concert-level organ in the Upper Midwest. Imagine the music we’ll hear.

We asked Northrop for more specifics on the timeframe. The board will approve the capital budget this week. Within the first two weeks of July, the organ will be shipped to the Foley-Baker company in Connecticut. (According to Finance & Commerce, it will be shipped in four tractor trailer trucks.) The 30-months clock will start ticking.

Foley-Baker currently thinks it will reinstall the organ chamber-by-chamber as each is completed, probably starting with the biggest chambers. If that’s how it happens, the first chamber will be installed in July 2016.  Estimated completion time, including a weeks-long tuning: mid-2018.

When will the music begin? Who will play the first concert? Any guesses? Any wishes? We know there are organists out there, and organ fans. We’ll do our best to follow this story and keep you informed.

Tuesday, June 30, at Benson Great Hall, Bethel University: François Rabbath in Concert. We could wax on about  Rabbath – a Syrian-Lebanese-French self-taught double bassist, educator, and composer who revolutionized his instrument, who was friends with Ornette Coleman, who plays all kinds of music – but instead, we’ll quote Twin Cities bassist and Rabbath student Doan Brian Roessler: “This will be one of the best concerts you’ll ever hear in your life.” Hyperbole? Not. We’ve seen Rabbath twice and both times have been magical. Music and emotion pour out of his instrument. With his son Sylvain on piano, Rabbath will probably play some new music, some older music, maybe a standard or two, possibly some Bach. This will be a night of beauty and joy, and the last time we’ll see him here; the 84-year-old Rabbath has said this will be his final North American tour. FMI and tickets ($20/$15). 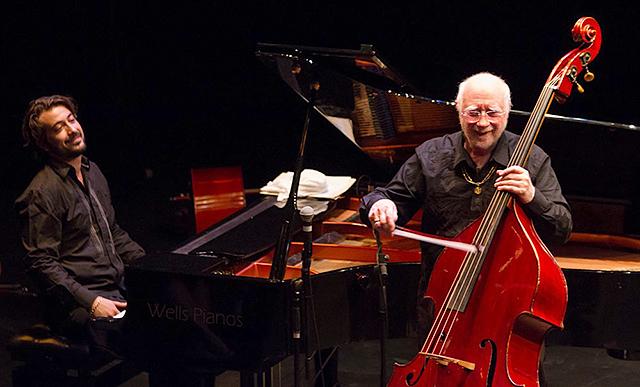 Saturday and Sunday, June 27-28 at Loring Park: 2015 Twin Cities Pride Festival. Some 300,000 visitors are expected to take part in this annual celebration of the GLBT community, with over 400 exhibitors and 40 food and beverage booths. 10 a.m. – 10 p.m. Saturday, 10 a.m. – 6 p.m. Sunday. Free. On Sunday starting at 11 a.m., catch the Ashley Rukes Pride Parade on Sunday, led by grand marshal Andrea Jenkins. Begins at 3rd and Hennepin, ends at Spruce and Hennepin.

On Thursday, July 9, the gospel-singing family of the Mt. Zion Pentecostal Cathedral in Markham, Texas, touches down at the Dakota for a night of high-energy, hip-shaking gospel singing, infused with soul and R&B. The Jones Family Singers – including five sisters, two brothers and their charismatic father, church founder Bishop Fred Jones – have made two albums, “The Spirit Speaks” (2014) and “Live from Mt. Zion” (out June 26). They have performed in churches, nightclubs, concert series, music festivals, Lincoln Center and the Kennedy Center, winning raves and standing ovations. In 2012, rock critic, gospel historian and documentary filmmaker Alan Berg decided to make a film about them; “The Jones Family Will Make a Way” had its world premiere at SXSW. As of this writing, the family is touring Russia. Although the Dakota is on the ground floor of the tall Target Corp. building, we’re worried about that roof. Watch this. 7 p.m. FMI and tickets ($30). 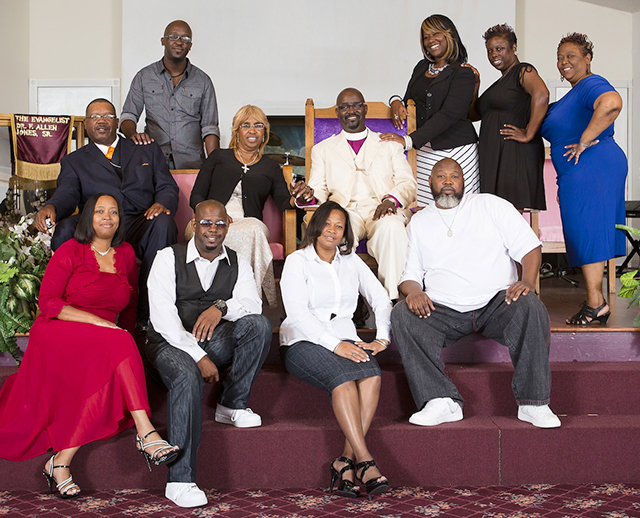 Artscape will be on holiday next week, returning July 7.

‘Wings Over Uptown’ sizzles; U proceeding with Northrop organ restoration