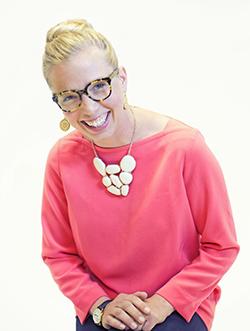 Courtesy of the Loft
Britt Udesen

Once a Minnesotan, always a Minnesotan. After 10 years in Boise, Britt Udesen is coming home to serve as the Loft’s next executive director – only the fifth in the 40-year history of the nation’s largest literary center.

Most recently, Udesen was executive director of The Cabin, a literary center in Boise, where she worked to build and support a Writers in the Schools (WITS) program, an annual Readings & Conversations lecture series, writing workshops, summer writing camps and new community collaborations including Storyfort, a four-day celebration of words within Boise’s annual SXSW-inspired Treefort Music Fest.

(Hmmm: time for a collab with the Walker and MPR during and around Rock the Garden? With the Twin Cities Early Music Festival? With our Jazz Festival? There’s a whole tradition of jazz poetry, BTW. But we digress.)

Before her years at The Cabin, Udesen was director of education and humanities at the Sun Valley Center for the Arts, where (among other things) she developed a literary lecture series. And before then she worked at the Textile Center and the now-defunct College of Visual Arts in St. Paul after graduating from Macalester College.

She’ll have to hit the ground running when she arrives. For its 40th anniversary, the Loft is hosting an ambitious, kind of crazy celebration called “40 by 40” – 40 events over 40 hours on two days in August. Starting at 8 a.m. Friday, Aug. 21, ending at midnight on Saturday, Aug. 22, volunteers will host a series of events across the Twin Cities and beyond. Highlights include bowling with Bao Phi, campfire stories with Kevin Kling, first-page critiques, poetry on a stick, dinner parties, garden parties, readings and “Countdown to Infinity,” a party at Open Book. FMI and tickets (events are ticketed – it would be silly not to make this a fundraiser – and some are already sold out). Outgoing ED Jocelyn Hale will attend as many as she possibly can, and Udesen will accompany her.

The Loft found Udesen in a national search that began in January, when Hale announced that she would step down in August after eight years in the ED’s chair.

Three cheers for the new Talking Volumes season, which starts with Jonathan Franzen and ends with Jane Smiley. In between: John Irving, Stacy Schiff and a pair of popular podcasters.

The lineup, in order: Sept. 15: Novelist Jonathan Franzen, author of “The Corrections,” presents his fifth novel, “Purity.” Oct. 25: Podcasters Joseph Fink and Jeffrey Cranor talk about “Welcome to Night Vale,” the novel based on their podcast by that name. Nov. 6: Novelist John Irving, author of “The World According to Garp” and “Cider House Rules,” introduces his 14th book, “Avenue of Mysteries,” on which the ink may still be wet; it’s being released just three days earlier. Nov. 10: Pulitzer Prize-winning historian and nonfiction author Stacy Schiff discusses her latest, “The Witches,” about the Salem witch trials. Dec. 2: Novelist and Pulitzer winner Jane Smiley wraps up her “Last Hundred Years” trilogy with “Golden Age.”

Now in its 15th year, Talking Volumes is a partnership between the Star Tribune and MPR in collaboration with the Loft. Kristin Tillotson previews each event for the Strib and Kerri Miller interviews the authors live at the Fitzgerald (except this year Irving will be at the Ted Mann) for broadcast later on MPR. Tickets, formerly general admission/open seating, are now tiered and reserved. Season tickets ($69-$75) are on sale as of 11 a.m. today. Single tickets ($25-$30) go on sale July 23. Buy tickets at the Fitzgerald box office or here.

Tonight at the Trylon: “A Poem Is a Naked Person.” Filmed between 1972 and 1974, this rediscovered Les Blank documentary about Rock and Roll Hall of Famer Leon Russell had its world premiere at SXSW. The Hollywood Reporter called it “a shaggy music doc perfectly in tune with its milieu.” Here’s the trailer. 7 p.m. FMI and tickets ($12). P.S. The screening is sold out, but there are usually a few walk-up tix available.

Starts tonight at Washburn Fair Oaks Park (across from the MIA): “Nature.” TigerLion Arts’ outdoor walking play about Emerson, Thoreau, and their shared love of the natural world features music, songs and stories that unfold as you follow it through the park. Created by Twin Cities writer, actor and producer Tyson Forbes, a direct descendant of Emerson, and Tyson’s wife and partner, Markell Kiefer, it was performed last year at the Minnesota Landscape Arboretum. Arrive early and visit the MIA or the Hennepin History Museum, which is adjacent to the park on Third Ave. S. Dress for the weather and bring comfortable shoes; portable lawn chairs or blankets to sit on are recommended. Tonight through Friday at 6 p.m., Saturday at 2 p.m. and 6 p.m., Sunday at 2 p.m. FMI and tickets ($20 general admission for adults, free for kids 12 and under). From here, “Nature” travels to Park Rapids, Alexandria, Grinnell (Iowa), Collegeville, St. Peter and Northfield.

The Minnesota Orchestra’s annual summer celebration, Sommerfest is all about taking it easy and enjoying yourself. Between now and Aug. 1, you can choose from a colorful assortment of concerts, some with the Orchestra and some without. Here are our favorites and why. All are at Orchestra Hall.

Singin’ in the Rain. Because it’s a special sensory experience to watch a classic movie musical and hear a big, wonderful symphony orchestra play the music live. Through a miracle of modern technology, it’s possible to take a film’s soundtrack and remove just the instrumental parts, leaving in everything else. Gene Kelly dances, Sarah Hicks leads the Minnesota Orchestra. 11 a.m. Thursday, July 9, and 8 p.m. Friday, July 10. FMI and tickets ($25-$48).

Strauss: The Waltz King. Because Sommerfest without Strauss is like s’mores without marshmallows. Andrew Litton, now in his 13th year as Sommerfest’s artistic director, leads the musicians in a program of waltzes and polkas, with some Vaughan Williams and the “Carmen” Fantasy thrown in. The program spotlights orchestra members Adam Kuenzel (flute), Greg Milliren (flute) and Steven Campbell (tuba). 8 p.m. Friday, July 24, and 2 p.m. Sunday, July 26. FMI and tickets ($30-$60).

Igudesman and Joo: BIG Nightmare. Because classical music doesn’t always have to be soooo seeeerious. Russian-born violinist Aleksey Igudesman and British-born pianist Hyung-Ki Joo met as 12-year-olds at the Yehudi Menuhin School in England. Today they’re virtuoso musicians and YouTube superstars, with 35 million hits for videos like this one. Sarah Hicks conducts the orchestra, who will likely get into the act. 8 p.m. Saturday, July 25. FMI and tickets ($30-$70). 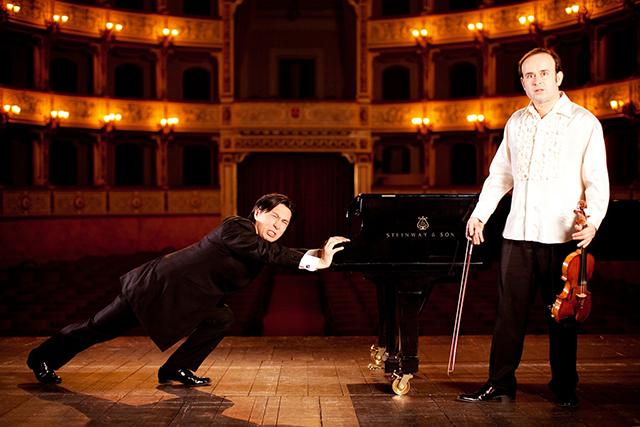 Gershwin’s Piano Concerto. Because Litton is also a terrific pianist and it will be amazing to watch him play Gershwin and conduct the orchestra at the same time. (How many hands does he have?) The program further includes Copland’s “El Salón México” and Dvorák’s Symphony No. 7. 8 p.m. Friday, July 31. FMI and tickets ($30-$70).