If you go to the Children’s Theatre Company’s new show, “20,000 Leagues Under the Sea,” be ready to move. You’ll be ordered to run, crouch, salute, even do 10 jumping jacks – right now. No dawdling.

And forget about sitting in comfy theater seats. The play takes place backstage and below the stage in corridors, rooms, elevators and stairways you’ve never seen, which have been transformed into areas of the submarine Nautilus. You’re on your feet. You’re on a mission. Near the end, you’ll be asked to determine someone’s fate.

Just 45 minutes long, “20,000 Leagues” is what’s now being called an “immersive” experience, overused buzz that often means following performers around in a placid herd. Here it’s more like a leap off a diving board.

Conceived and created by Ryan Underbakke (“The 7 Shot Symphony”) and Nick Ryan (Four Humours), based on the 1870 science fiction novel by Jules Verne, the 45-minute play is a wild ride, a life-size video game, a choose-your-own-adventure page-turner, an action movie, a pulse-pounding blast and a lot of fun. You should go if you can, and bring a kid or two.

The scene: You’re part of a team sent to capture Captain Nemo (Jane Froiland), who has been blowing up pursuit ships and killing their crews. She has her reasons, but still. With Commander Lowshack (Meghan Kreidler or Isabel Nelson) and Dr. Helio (Brant Miller or Matt Spring), you and the rest of the audience – a small group including, at the “launch” we attended, several adults, some very game grandparents and half a dozen children – have boarded the Nautilus as unwelcome guests.

Trying to avoid escape, you work your way up to the bridge and a confrontation with Nemo and her crew, including the intimidating Alquis (Reed Sigmund, with villainous Russian accent). Then you, as a group, must decide what to do with her.

“20,000 Leagues” doesn’t have the super-sophisticated special effects of, say, a Disney ride, which only serves to make it more convincing. It’s gritty, not fancy, giving it greater authenticity. There are truly wonderful moments. The on-board “elevator” that takes you up and up through various levels of the Nautilus feels real. A visit to the quarters of Professor Arronax (Dean Holt), which are rich in futzy Victorian detail including lamps, carpets, chairs, a desk, a typewriter and a display case full of dead insects.

The play is not for everyone. Children who can’t handle loud noises or being yelled at by strangers might not be comfortable. Like the Soap Factory’s Haunted Basement, “20,000 Leagues” offers a get-out-now option. Raise your hand, say “Evac,” and a cast member will lead you to an exit. But you won’t be able to get back in.

If you wonder why two actors are needed for the roles of Lowshack and Helio, it’s because two performances take place simultaneously. As one launch moves forward, another begins about 20 minutes later, following behind. (Now that must take coordination.) The Lowshack and Helio you meet at the start stay with you; Lowshack and Helio 2 are busy with the other group. On the weekends, 12 performances are staggered throughout the day.

“20,000 Leagues” continues through Aug. 23. Just 25 tickets are available for each performance, and several shows already have limited availability. Slower-paced performances are available. You can’t be late. Recommended for grades 3-8. FMI and tickets ($40-$50).

This is a tremendous opportunity to hear these great American plays, in which Wilson, who spent 12 years in St. Paul, captured a century of African-American life, decade by decade, beginning in the early 1900s. Learn more and listen here.

By total random happenstance, all of today’s picks are free events.

Tonight (Tuesday, July 14) and tomorrow at the U’s Ferguson Hall: “The Complete Flutist” faculty recitals. As part of the School of Music’s five-day summer camp for flutists, director and U of M flute professor Immanuel Davis will play recitals tonight (with Davis on baroque flute, Donald Livingston on harpsichord) and tomorrow with Minnesota Orchestra associate principal flute Greg Milliren (and Mary Jo Gothman on piano). 2106 Fourth Street South, Minneapolis, room 2013. Both at 7:30 p.m., both free.

Tonight at the Grand Hand Gallery and the Textile Center: Opening receptions for two basketry exhibitions. The National Basketry Organization conference is in town for five days starting today. The Grand Hand is hosting “All Things Considered VIII,” a national juried exhibition of baskets by the nation’s most accomplished basket artists, and the Textile Center is presenting the “Radical Basketry Invitational,” with examples of exceptional work by 14 Minnesota- and Wisconsin-based artists who are pushing the boundaries of traditional basketmaking. The reception times are staggered so you can attend both. Grand Hand: 5-7 p.m. Textile Center: 6-9 p.m. “All Things Considered VIII” ends Aug. 9, “Radical Basketry” ends Aug. 22. 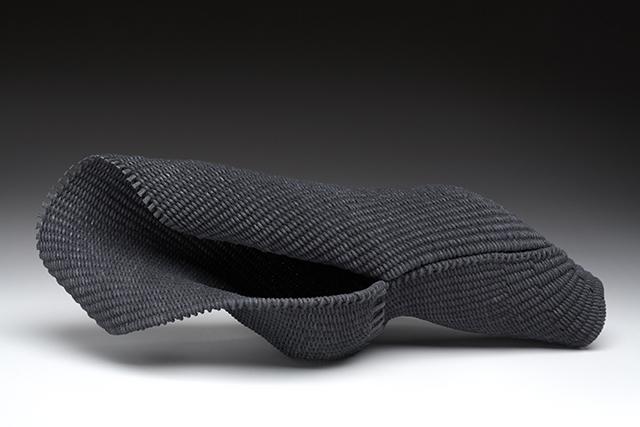 Tonight at Plymouth Congregational Church: “Of George We Sing: Forgotten Gershwin.” George Gershwin is more than “Summertime” or “Rhapsody in Blue.” Stitched together by commentary from the fabulously knowledgeable Vern Sutton, this program presents lesser-known works (including a condensed version of the 1933 musical “Strike Up the Band”) plus some of the Gershwin hits we love, sung by James Bohn, Lisa Drew and Maria Jette. With Sonja Thompson at the Steinway. 7 p.m. Free.

Wednesday at Subtext Books: Danny Klecko leads a discussion of Harper Lee’s “Go Set a Watchman.” Will Klecko – poet, publisher, CEO of St. Agnes Bakery, outspoken and heavily tattooed guy – speculate on whether Harper Lee’s attorney is on the up-and-up? Whether people who named their kids Atticus now wish they hadn’t? Will he read Isaiah 21:6? We have no clue. But if you’re interested in the biggest publishing event of the year, maybe the decade, you’ll probably want to go to this. 7 p.m. Free. Remember that Subtext has moved out of its original basement in Cathedral Hill (where Common Good Books also got its start; who’s next?) to a new storefront at 6 West Fifth St., near Rice Park.

Thursday at the Minneapolis Institute of Arts: Third Thursday: Bike Night. It’s the wildly popular annual event where cyclists can ride through the museum’s doors (and out the other side, not through the galleries, and yet, don’t you want to?). Join a group ride to the festivities from St. Paul’s Omnium Bike Shop or the Midtown Greenway Coalition in Minneapolis. Pose in a photobooth with a green bike from NiceRide. Get a free bike safety check from the Hub Co-op. Play Bike Bingo. Enjoy food from Wheelhouse and treats from Geno’s Gelato, Minneapolis’s first “food bike.” Hear music by Rank Strangers. And watch for a MIA 100th Birthday Surprise: some sort of collaboration with Handsome Cycles. 6 p.m. – 9 p.m. Free.