One door opens, another closes. Vieux Carré, the new St. Paul speakeasy, will soon feature live music five nights a week. Fireside Pizza, a Richfield fixture, will not have live music when it reopens in late July after remodeling.

Fireside is a neighborhood pizza joint on Penn Avenue South. Why should we care?

There’s been music at Fireside since the 1960s. Pianist Bobby Peterson, a legend in the Twin Cities jazz community, was once a regular. So was saxophonist Russ Peterson. And guitarist Clay Moore, who played with either Russ Peterson or saxophonist Gary Berg, and other musicians sat in. In 2004, keyboardist and educator Denny Malmberg performed at Fireside with one of his students, José James. Today James has an international career as an artist on the Blue Note label.

It wasn’t just a place where people could hear music while they ate pizza and drank beer. It was a place where musicians could go to play, on their way home from somewhere else or because they were invited or simply felt like showing up with their ax.

Fireside owner Rich Thompson liked the music and dreamed of expanding it. In 2008, he told MinnPost, “I want to have a jazz cellar open four or five nights a week, where people sit at tables with white cloths.”

Earlier this week, he said, “In the beginning [of the remodeling], we were going to build a little stage. Over the last year, I decided it wasn’t worth it anymore.”

Venues don’t have to pay if they only feature original music, but how many musicians perform all originals? Malmberg and Michelle mined the Great American Songbook, so Thompson paid.

“They wanted more money all the time,” Thompson said. “I was paying $1,500 a year. They kept calling, wanting more money. That’s why I decided – I’m done. It’s not worth it anymore.”

Malmberg wrote in an email, “There is a saying, ‘Someday, all good things come to an end.’ I’m confident I also speak for Charmin in saying it has been a great run for 10 years. … We’d also like to thank Rich Thompson. … He hung tough with us through many a blustery January/February night.”

The Episcopal House of Prayer in Collegeville has won the 25 Year Award from AIA Minnesota, which annually recognizes one exemplary architectural project that has withstood the test of time.

Designed by Cuningham Group Architecture, Inc., built in 1990 on five wooded acres on the grounds of St. John’s Abbey and University, the House of Prayer was a collaborative effort between the Episcopal Church in Minnesota and Saint John’s Abbey. A place for individual and group meditation, it includes several bedrooms, a kitchen and dining room, a great room for gathering, a library and meeting space, and a prayer room. All materials used were natural to Minnesota. Some, including the granite on the walls and floors, came from the surrounding area. 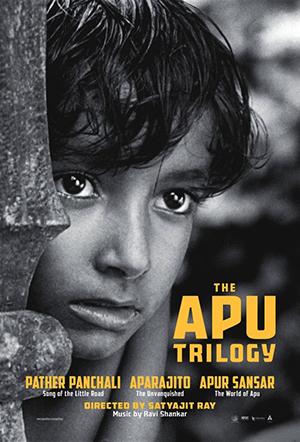 Starts today (Friday, July 10) at the Lagoon: Satyajit Ray’s Apu Trilogy. Masterworks of world cinema, “Pather Panchali” (1955), “Aparajito” (1957) and “Apur Sansar” (1959) brought India into the golden age of international art-house film. Two decades after the original negatives were burned in a fire, all three films have been meticulously reconstructed and restored. In Bengali with English subtitles; music by Ravi Shankar. FMI including trailers. Ends July 16.

Tonight at the Loft: “Secret Colors Revisited: A Dialogue on Race & the Arts.” Over 20 years ago, in response to the Rodney King beating and the violence in L.A. following the ruling that found the police innocent, writers Alexs Pate and David Mura created a multimedia performance piece, “Secret Colors,” about their lives as men of color and Asian American-African American relations. A film adaptation, “Slowly This,” was broadcast on PBS in 1995. Tonight Pate and Mura will revisit the issues explored in those works in light of the past year’s events including the Black Lives Matter and Million Artists movements. 7 p.m. FMI. $5–$10 suggested admission.

Opens tonight on Park Square’s Boss Stage: Girl Friday Productions presents “The Matchmaker.” Girl Friday has a special affinity for the works of Thornton Wilder; this is their third Wilder play, after “Our Town” (2007) and “The Skin of Our Teeth” (2009). “The Matchmaker” is a classic American comedy about love, money and adventure, set in 19th-century New York, directed by Craig Johnson and starring Karen Wiese-Thompson as Dolly Levi. FMI and tickets ($24). Ends July 26. Want to know more before you go? Download Girl Friday’s friendly, informative study guide.

Now at Historic Fort Snelling: “Lincoln: The Constitution and the Civil War.” A traveling exhibit examines how President Lincoln used the Constitution to confront three intertwined crises: secession, slavery and wartime civil liberties. Come away with a deeper, more nuanced understanding of Lincoln as president and the Civil War as the nation’s gravest constitutional crisis. On Saturday at 1 p.m. in the Visitor Center, Augsburg history professor William D. Green will give a talk titled “Lincoln, the Courts, the Constitution and the Crisis of Slavery.” All are free with site admission ($11 adults, $9 seniors/college students, $6 kids 6–17, free for MNHS members and children 5 and under). The exhibit closes Aug. 20.

Saturday at St. Catherine University: Art at St. Kate’s Art Fair. A juried show of fine craft on St. Kate’s green lawn under the trees. No traffic, no tar, all the time in the world to wander and meet the artists and see their work: clay, fiber, glass, jewelry, leather, metal, photography, paintings and more. 2004 Randolph Ave., St. Paul. 10 a.m. to 5 p.m. FMI. Free.

Saturday at Magers & Quinn: “To Kill a Mockingbird” Marathon Reading. Harper Lee’s new novel, “Go Set a Watchman,” will be released July 14. It’s the most pre-ordered print title on Amazon since “Harry Potter and the Deathly Hallows” in 2007. Magers & Quinn will celebrate with a reading of Lee’s first (and only) other novel, published 55 years ago. 10 a.m. until whenever. FMI. Free. 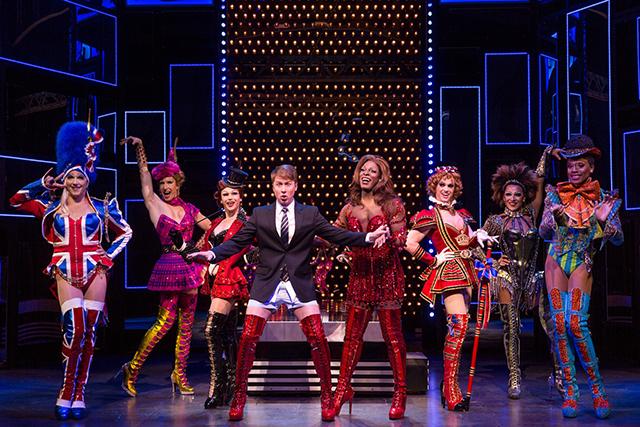 Photo by Matthew Murphy
“Kinky Boots” comes to the Orpheum on July 28 for eight performances.