Now at the Jungle, “You Can’t Take It With You” is one of those signature Jungle plays you enjoy immensely at the time and savor afterward. The play itself is a silly farce about a bunch of mostly silly people. But the quality of the production is so high, the cast so tremendous, Gary Gisselman’s direction so smart, the set so fabulously detailed that days later, you’re still thinking about it and smiling. You can take it with you, after all.

Set in New York in the 1930s, George S. Kaufman and Moss Hart’s 1937 Pulitzer Prize-winning play is a theatrical throwback that’s surprisingly timeless and timely. At the center is Grandpa Martin Vanderhof (Raye Birk), the fond and tolerant paterfamilias over a wildly eccentric clan of relatives and friends who come to visit (or, in one case, deliver ice) and never leave. Owning enough property to have a comfortable income, without paying income tax, he supports them all and lets them do whatever they please.

Years before Joseph Campbell, the Vanderhof household is all about following your bliss. For most members (this won’t be lost on anyone in the arts), that means being some sort of failed artist. Penelope Sycamore (Angela Timberman), Grandpa’s daughter, writes plays and paints, both badly. Her daughter, Essie (recent St. Olaf grad Julia Valen), is a terrible ballet dancer who makes candies that her husband, Ed Carmichael (Max Wojtanowicz), distributes when he’s not playing the xylophone or printing quotes by Trotsky on his printing press. Penelope’s husband, Paul (John Middleton), creates fireworks in the basement with help from the former iceman, Mr. De Pinna (Jay Albright), and plays with toys.

Grandpa’s domain is also, touchingly, about accepting and loving people as they are, as goofy as they are, despite their warts and blunders. No one gets angry, counts a bean, carries a grudge or has a mean bone.

The only “normal” character – the Wednesday of the Addams Family, the Marilyn of the Munsters – is Alice (Anna Sundberg), Penelope and Paul’s other daughter. She works in an office on Wall Street and doesn’t seem the least bit interested in art, except as an observer. When she and the boss’s son, Tony Kirby (Hugh Kennedy), fall in love, the story kicks into gear, because an engagement means bringing Alice’s screwball family together with Tony’s parents (Nathaniel Fuller and Cathleen Fuller), who are wealthy, proper stick-in-the-muds. Alice is worried, no wonder, that the artsy, free-thinking liberals and stuffy, money-grubbing conservatives won’t get along. When they meet, as the saying goes, hilarity ensues.

There are snakes in the living room, kittens in pockets, explosions in the basement, and cornflakes for dinner, plus appearances by a blustering Russian ballet master, Boris Kolenkhov (Allen Hamilton), a drunken actress (Charity Jones), and the always marvelous Wendy Lehr as Grand Duchess Olga Katrina, who comes by to make blintzes. (Her entry onto the stage the night we were there brought applause, as it should and probably has every night.)

A few lines from the play sum up everything nicely. Kolenkhov: “Life is chasing around inside me like a squirrel!” Grandpa: “Life is kind of beautiful, if you just let it come to you.” Grand Duchess Olga Katrina: “The Czar once said to me, ‘Olga, do not be stingy with the blintzes!’ ”

With “You Can’t Take It With You,” Gary Gisselman makes his Jungle directorial debut, and we hope this isn’t the last we see of him there, with Bain Boehlke leaving and new Artistic Director Sarah Rasmussen stepping in. And we can’t believe this is Raye Birk’s first time at the Jungle. Whaaaaat? More, please. The play ends Aug. 9. FMI and tickets ($28-$48).

Tonight (Thursday, July 16) at Vieux Carré: Dan Musselman/David Feily Duo and Chris Lomheim Trio. Now that the Dakota’s new sister club has gone through its pop-up events, soft opening and Tuesday’s grand opening, let’s check out a more typical night: an after-work set and a later-night set by area artists, with no or low cover. 5:30 p.m.: pianist Dan Musselman and guitarist David Feily. No cover. 7 to 10 p.m.: Chris Lomheim Trio, with Lomheim on piano, Gordy Johnson on bass and Jay Epstein on drums. Their latest recording, “Timeline,” was one of our favorite 2014 releases. $5 cover at the door, cash only. 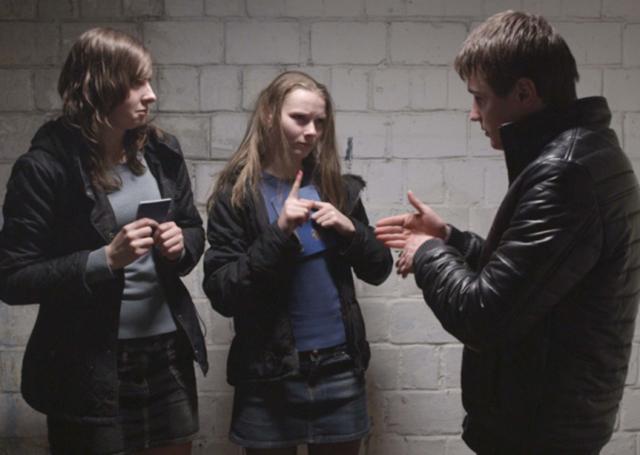 A scene from “The Tribe”

Saturday at the American Swedish Institute: The Great Makers Exchange. It’s the Era of Making. We like our beer crafted, our bread artisanal, our haircuts bespoke. ASI and the North House Folk School in Grand Marais team up for a full day of traditional handcrafts – carving, weaving, felting, braiding, stitchery, metalworking, painting, knitting, and more – with hands-on workshops, drop-in activities, demonstrations, a market, guided tours of the Turnblad Mansion (including first-time-ever back-of-house collections tours) and a makers-inspired menu at FIKA. A barn will be raised on the lawn during the timber framing workshop. Free to members, $9/$7/$5 adults/seniors/ages 6-8 and students with ID. The two-hour workshops are extra, and most are full, but a few drop-in spaces are available. 10 a.m. – 5 p.m.

August, just around the bend, will be a very good month for national jazz at the Dakota.

Thursday, Aug. 6: George Brooks Bombay Jazz with Larry Coryell. Years ago, saxophonist Brooks gave us our first taste of Indian-flavored jazz. Coryell is a jazz-rock god. With Ronu Majumdar on bamboo flute and Aditya Kalyanpur on tablas. 7 p.m. and 9 p.m. FMI and tickets ($35/$25).

Tuesday, Aug. 25: Cyrus Chestnut Trio. A great storytelling pianist, Chestnut hasn’t been to the Dakota since 2012. We welcome back his sense of history, lyricism and swing. With bassist Michael Hawkins and drummer Neal Smith. 7 p.m. FMI and tickets ($30).

Wednesday-Thursday, Aug. 26-27: Ben Sidran: “Blue Camus (Jazz + Philosophy).” OK, so Sidran wrote “Space Cowboy” for Steve Miller. He has also written books (most recently “There Was a Fire: Jews, Music and the American Dream”), soundtracks, a memoir, a Peabody-winning radio show and a lot of music. He’ll be here with his son, Leo, and local heroes Ricky Peterson on organ and Billy Peterson on bass. 7 p.m. both nights. FMI and tickets ($25).

Sunday, Aug. 30: Tootie Heath Trio featuring Ethan Iverson and Ben Street. Around these parts, Wisconsin-born, New York-based Iverson is best known as the pianist with The Bad Plus. But he’s serious about this trio with 80-year-old hard bop drummer Albert “Tootie” Heath, one of the legendary Heath Brothers. Together with bassist Ben Street, they’ve made three recordings of all kinds of songs: jazz standards, pop tunes, even some Bach. 7 p.m. FMI and tickets ($22). 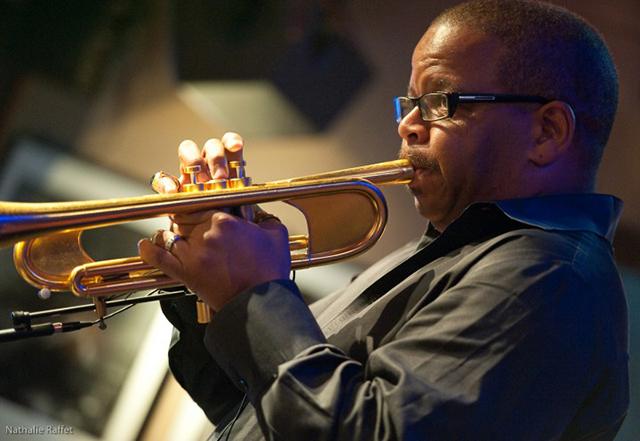 Jungle’s ‘You Can’t Take It With You’ is one to savor; Makers Exchange at ASI