We had high-heeled expectations for “Kinky Boots.” With songs by Cyndi Lauper and book by Harvey Fierstein, trailing six Tony awards, bursting with feel-good, positive messages and drag queens, it has to be good, right?

It’s very good. Touching, funny, fabulous to watch, well-acted and splendidly sung, the Broadway hit is making its Minneapolis debut at the Orpheum, where it’s here through Sunday.

The story, briefly: Young Charlie Price inherits a failing shoe factory in Northampton, a town in England’s East Midlands that was once a major shoemaking center. After a chance meeting with a drag queen named Lola and advice from a factory worker, he tries to save it – and his father’s legacy, and the jobs of the workers he has known all his life, and along the way, himself – by manufacturing “kinky boots,” thigh-high stilettos strong enough to hold a man’s weight.

The road from Northampton to a fashion show runway in Milan winds through lost and found romance, daddy issues (Lola has them, too), a London club, the factory floor, a men’s room, a slow-mo boxing match, kicks and shimmies, confrontations with the beefy foreman, changing attitudes, and a show-stopping, astonishingly complex scene where an assembly line turns into treadmills for high-energy dancing that involves the whole cast. We wish we could see that scene again, to take in everything we missed by blinking.

Choreographed with ample wit and imagination by Jerry Mitchell (who spent time in his 20s at Chanhassen Dinner Theatres), with terrific sets by David Rockwell (it’s hard to believe they came out of trucks) and sparkly costumes by Gregg Barnes, “Kinky Boots” is a road show with a Broadway-worthy cast, led by Kyle Taylor Parker as Lola. He can sing, he can strut; he wins you over instantly.

Lauper’s songs are so good we’re listening to the cast album to catch all the smart, sensitive lyrics, because some fly by during the performance. You might come out humming “Sex Is in the Heel.” “The History of Wrong Guys” deserves to become a standard. It’s sung big in the show, but it would work as a smoky, regret-filled murmur in a nightclub.

The first act is on speed; you’re barely settled in your seat before two little boys have grown up to be Charlie and Lola, Charlie moves to London, then gets yanked back to Northampton by a phone call announcing his father’s death. The second act drags (sorry) a bit with solo numbers and filler. Over roughly two hours, two acts, 16 songs and countless scenes, problems are solved, minds are opened, and the world, or at least a small part of it, becomes a better, less judgmental place.

Most memorable line: “You’re never more than 10 steps away from some sort of cross-dresser.” Lessons learned: 1) Be yourself. 2) Accept others for who they are. 3) Find a niche market.

Six performances remain before the sets go back in the trucks. FMI and tickets ($49-$149).

Springboard for the Arts and the International Downtown Association (IDA), based in Washington, D.C., will share a $50,000 Our Town grant from the National Endowment for the Arts to expand training and expertise in creative placemaking and arts partnerships. IDA will assist Springboard with developing creative placemaking toolkits, connecting experts at conferences, and providing funding to districts with limited resources.

Stuart Pimsler Dance & Theater has been awarded $15,000 by the NEA to support a project in Lousville, Kentucky. SPDT will be in residence there for two weeks in January, engaging students, health-care providers, and members of the arts community in their project called “Beyond the Blue Grass,” which features classes, workshops and performances.

We thought of this during “Kinky Boots,” when late arrivals were seated during the third song and we missed the whole thing: In yesterday’s pick about the Fringe, we neglected to mention a major key to a successful Fringe experience: Don’t Be Late. Shows start on time and there’s no late seating for any reason. You will kiss your ticket goodbye.

Tonight (Thursday, July 30) at the Walker: Target Free Thursday. Visit “International Pop” before it closes Aug. 29.  On Thursdays, the Walker stays open until 9 and admission is free. You might also play a round of Artist-Designed Mini Golf outdoors; not free, but lots of fun.

Tonight at TuckUnder Gallery: Opening for “Fiat/Fiat.” The new multi-artist show in the (tuck-under) garage in southwest Minneapolis features sculptures and drawings by Kenneth Steinbach, a site-specific installation by Lyz Wendland, an exterior sculpture project by Luke Aleckson and work by Larson Husby in the Leaky Sink Gallery (the basement bathroom of the house). 5120 York Ave. S. 6 to 9 p.m. Free.

Friday at Mattie’s on Main: Northeast Dog Parade. What could possibly be better than a dog parade? At 5 p.m., people and pups will gather in the park on St. Anthony Main between East Hennepin and the 3rd Avenue Bridge (across from Mattie’s). Appropriately, there will be a flea market, and dog-friendly vendors. At 6:30, Officer Elliot Wong of the MPD will escort the parade through the business district and back to St. Anthony Main. Free. Bring your dog, in costume if you want (and if your dog agrees), for a chance at prizes. 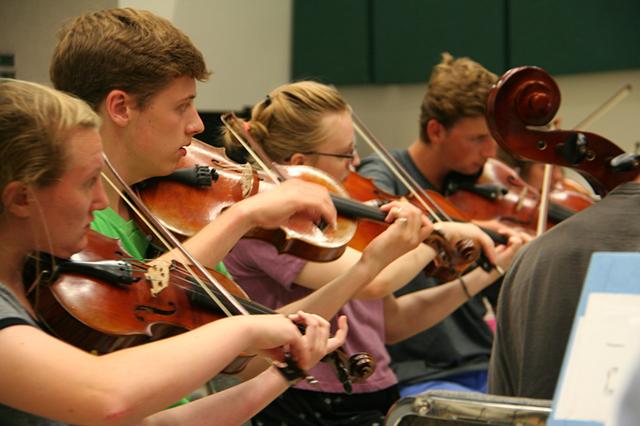 Sunday at Orchestra Hall: Young Musicians of Minnesota 2015 Summer Grand Finale Concert. Founded by music students during the lockout of the Minnesota Orchestra musicians, YMM has evolved into a student-led and operated organization that preserves, promotes and supports classical music. It has grown from an orchestra of 46 students to 95. Now partners with the Minnesota Orchestral Association, a co-sponsor of Sunday’s concert, YMM will perform a program of music by Tchaikovsky (“Capriccio Italien,” Symphony No. 6, “Pathetique”) and Barber (Adagio for Strings) conducted by Aaron Hirsch. Founder and president Emily Green promises, “Never again will you see a group of students as passionate and steadfast to keep the future of classical music alive.” Amen to that. 3 p.m. Free. Arrive early for “Youth in the Arts” performances in the lobby; those start at 1:30 p.m.

Doomtree Zoo at CHS Field. The Twin Cities hip-hop collective Doomtree will host and headline an all-day event on Saturday, Oct. 3 at the Saint Paul Saints stadium (where Dr. John was a big hit at the Twin Cities Jazz Festival, and everyone said there would be more live concerts at CHS, and here they come). The line-up also includes Aesop Rock with Rob Sonic, Trash Talk, Shabazz Palaces, Open Mike Eagle, Serengeti, Aby Wolf, Koo Koo Kanga Roo, Anonymous Choir and In the Heart of the Beast Puppet and Mask Theatre. Sounds like a great way to spend a fall day. 2 to 10 p.m. All ages. $35 advance/$45 doors/$100 VIP (“baller”). Kids 8 and under free. Buy online Saturday (Aug. 1) starting at 11 a.m. or in person at the CHS Field box office from 11 a.m. to 1 p.m. 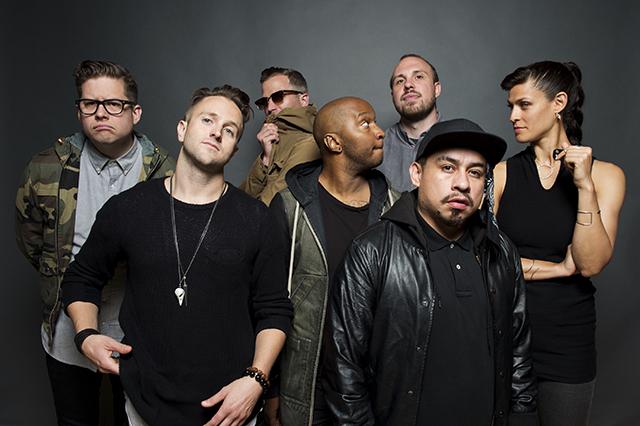