For its 45th season, “La Vie Parisienne,” announced on Bastille Day, The Musical Offering will present the music – and food – of France. Four concerts will feature works by Debussy, Fauré, Poulenc and Ravel and lesser-known names like Francaix, Damase, Lalliet, Tailleferre, Ibert and Blanc.

The season begins Sept. 27 with Mozart’s Sonata in E minor for Piano and Violin, written when he was just 22 and touring from Vienna to Paris. It ends with a May 8 Mother’s Day concert with music by two French women composers. The Nov. 22 program features works inspired by bel canto opera and Schubert’s Octet. On Feb. 21, the ensemble continues its tradition of combining music with cuisine, camaraderie and conversation. Debussy’s Sonata for Flute, Viola and Harp, Ravel’s Piano Trio, a wind quintet by Damase and Poulenc’s Élégie will share the bill with French food and wine.

Founded in 1971, named for a work by J.S. Bach, The Musical Offering is an unusual blend of strings, winds and pianos. Led by co-artistic directors Norbert Nielubowski, the Minnesota Orchestra’s second bassoonist/contrabassoonist, and Susan Billmeyer, a frequent guest pianist with the orchestra and the SPCO, it’s the area’s oldest continuously performing ensemble. All concerts take place on Sunday afternoons at Hamline’s Sundin Music Hall; all include personal remarks from the stage, intermission interviews, and post-concert receptions that connect the audience to the music and the musicians. Subscriptions and individual tickets are on sale now.

Big transitions in arts and culture leadership continue. Joe Dowling has directed his final play at the Guthrie. Bain Boehlke is trading the Jungle Theater he founded for the coffee-scented wilds of Seattle. Patricia Mitchell is retiring as president and CEO of the Ordway. Cindy Gehrig is stepping down after 38 years at the Jerome Foundation, a major granting organization for artists and the arts. Jocelyn Hale is leaving the Loft.

Christine Podas-Larson has retired from Public Art St. Paul, the nonprofit she founded 28 years ago. After 15 years as director and president of the Minnesota Zoo, Lee Ehmke will become president and chief executive at the Houston Zoo. The Rochester Art Center executive director, Shannon Fitzgerald, has accepted a new position in Orlando, where her husband directs the Orlando Museum of Art.

The Bakken Museum’s longtime director, Dr. David Rhees, recently announced his retirement after 23 years of service. Rhees came to the Bakken as a science historian who had developed a love of museums and libraries during a fellowship at the Smithsonian and a stint at the American Philosophical Society. During his tenure, the Bakken doubled its physical size, grew its budget from half a million dollars to nearly $2.4 million, expanded its staff from seven to nearly 40, boosted its audience from 5,000/year to 75,000 and transformed a scholarly museum to a public museum that welcomes families and children. Starting next Tuesday, the Bakken will celebrates its own 40th birthday with five days of free admission and special programming. 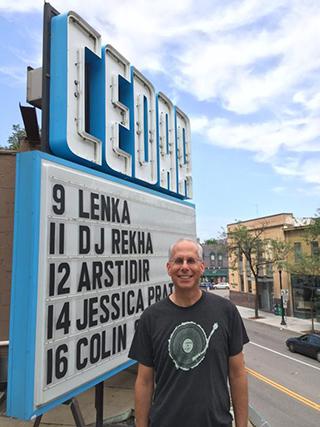 Courtesy of the Cedar
Rob Simonds

The Cedar’s executive director, Rob Simonds, will retire at the end of the current season. Simonds became a board member in 1991 and assumed the ED post in 2007. Before coming to the Cedar, Simonds co-founded Rykodisc, the first independent CD record label. During Simonds’ tenure, the Cedar has returned to fiscal health, broadened and deepened its music program, and taken a leadership role in reviving the musical tradition of the Somali immigrants in Minnesota. Simonds said in a statement, “I believe that an important part of a leader’s responsibility is to know when it’s time to ‘pass the torch.’ ”

Enough torches are being passed for a second Aquatennial parade.

It seems even Garrison Keillor is preparing to move on after 41 years with “A Prairie Home Companion.” We haven’t seen an official statement from MPR or American Public Media, but the Current reported that Keillor told the Berkshire Eagle he will transition out of the host role during the 2015-16 season, and his replacement will be Chris Thile, who subbed for Keillor in February. (“Thile” is pronounced “thee-lee” BTW.) 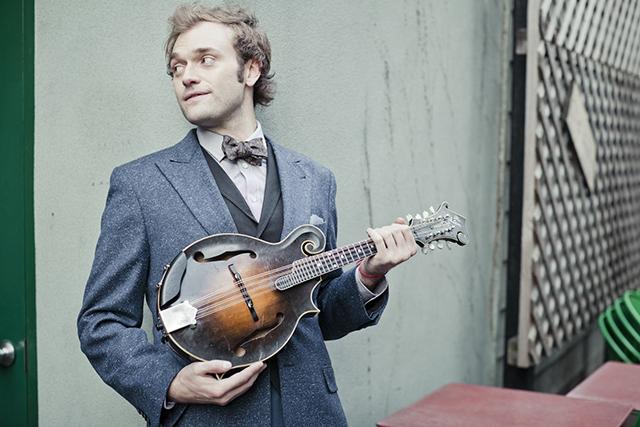 The Eagle’s scoop happened in an email interview. The Mandolin Café website confirmed it with Thile. For an announcement this momentous – Garrison Keillor is a radio legend, APHC has millions of listeners, Thile is a virtuoso musician and a 2012 MacArthur Fellow – it was all very laid-back and uncorporate.

We’d heard about Thile – mandolinist and singer for the acoustic trio Nickel Creek and the folk/bluegrass quintet Punch Brothers – but hadn’t seen him in person until April 2014, when he came to the Walker to play with the profoundly influential jazz pianist Brad Mehldau. Then we learned more about him, and his big ears, and his adventuresome spirit, and his cross-genre collaborations with other artists including the bassist Edgar Meyer. And his solo mandolin takes on Bach’s works for violin. All very interesting.

But will Keillor really turn over the torch? Even the Current demurs, saying “It’s not the first time Keillor has talked about retiring.” His transition, if it happens, is expected to be lengthy.

You can catch “Sherlock Holmes and the Ice Palace Murders” at the Park Square (but hurry; it closes July 26). Or you can go to the movies starting July 17 to see Sir Ian McKellen in “Mr. Holmes.” Either way, you’ll enjoy the work of Jeffrey Hatcher. Our resident super-playwright, Hatcher wrote both the play and the screenplay. He’s quite the expert on Holmes by now, having written a previous play, “Sherlock Holmes and the Adventures of the Suicide Club,” which had its regional premiere at Park Square in 2013. And he’s thinking ahead to more.

At the moment, it’s a mystery: Who will take over Once Upon a Crime, the mystery bookstore on W. 26th St. in Minneapolis? After 13 years, owners Pat Frovarp and Gary Schulze have made the tough decision to sell. “The major factor in this decision is time – we’re not getting any younger,” Schulze wrote in a statement. Also, Schulze has been battling cancer since 2007.  “I could go on and on about what a rewarding thrill ride these last 13 years have been,” he wrote. “Being a major hub for touring authors and a haven for local; going to New York to accept the Raven Award; actually getting paid for reading and talking about books; getting books dedicated to us; being made characters in books … Have to say we’ll miss it.”

Their goal: to close on or about the end of this calendar year.

At the Walker: 75 Gifts for 75 Years. A little over a week remains to catch this show, an up-to-the-minute look at how important gifts and donors’ generosity shape museum collections. Includes recent gifts in the areas of painting, sculpture, drawing, photography, video and prints. Closes July 26. FMI.

Saturday at Studio Z: C. Spencer Yeh and Jessica Rylan. Taiwan-born, Brooklyn-based Yeh is an artist, composer, and collaborator who has performed at MoMA, the Liverpool Biennial, All Ears in Oslo, and the Whitney Biennial. (He returns to the Twin Cities in April 2016 for the Walker’s Sound Horizon series.) Rylan is a sound artist and electronic musician who designs and constructs modular synthesizers used in galleries and her own live musical performances. Part of the 2015 Crow with No Mouth concert series curated by Jesse Goin. 7:30 p.m. doors, 8 p.m. music. $12 at the door.

Sunday at Century College in White Bear Lake: Shakespeare & Company: “Hamlet.” Bring a lawn chair or blanket, snacks and beverages for the Bard in the great outdoors. Now in its 40th year, Shakespeare & Company is Minnesota’s longest-running outdoor classical repertory theater; this year’s productions also include “Twelfth Night” and Molier’s “The Miser.” At the Outdoor Theatre on the West Campus, 3300 Century Ave. N. 7 p.m. $15 adults, $14 seniors, free for kids under 12. Complete schedule here.