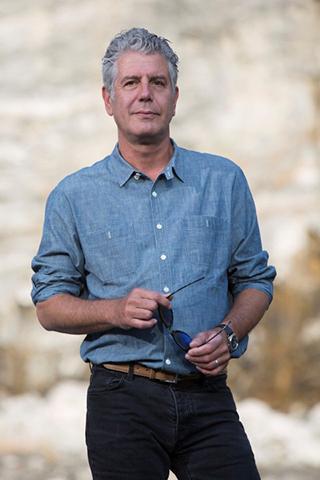 He’s funny on his TV series; in person, he’s wickedly hilarious. This was a one-man show with no music, clips, guests, or vodka swilling (at least, not on stage), and more than 90 minutes flew by.

Ten random things we gleaned along the way: 1) Bourdain haaaates the expression “farm to table.” 2) He’s deeply skeptical about the gluten-free movement. “I don’t see a lot of gluten intolerance in Vietnam. I doubt that they can afford it.” 3) He scorns vegetarianism and veganism. 4) Eating what you’re served is being a good guest. (“Be a good guest” pretty much sums up Bourdain’s approach to life and his TV series.) 5) Second-graders adore Andrew Zimmern. When Bourdain goes to speak to his daughter’s class at school, all the kids’ questions are about Zimmern. Does he eat brains? Does he eat bugs? “Does Andrew Zimmern eat pee-pee parts?” We wish you’d been there to hear the answer to that one.

6) The restaurant business is not a good career choice unless you’re young and spry. 7) “In Russia, the first thing that hits the table is a bottle of warm vodka.” 8) “One of the first things I do every day is check to make sure Keith Richards is still alive.” 9) Social media is “a big bathroom wall.” 10) Bourdain’s death-row meal: sushi at Sukiyabashi Jiro in Tokyo (subject of the 2011 documentary “Jiro Dreams of Sushi”). He admits, “I can’t make sushi. I’ll never get the rice right.” And (we were surprised by this), “You don’t want fresh fish. You want fish at exactly the right stage of decay.”

A while back, we took a sushi class, then wondered why we failed miserably when we tried to make it at home. Now we’re off the hook.

On Monday the popular, but not popular enough, or more likely too expensive “Wits” radio show was canceled, and the podcast and live stage shows have been put on hiatus.

In an email to “Witizens,” members of the Wits Social Club, host John Moe wrote, “We’re going to look at what a Wits 2.0 might become, in the digital world, eventually onstage, and who knows where else. Our hope is to evolve a version of the show that contains all the fun, passion and creativity you love, but at a cost and pace we can sustain better than before.”

Moe’s Twitter feed was more direct: “Telling stories is an easy career to love but sometimes the media industry is difficult to like” … “I’m devastated at the loss of our radio show and, frankly, I feel like I’ve let people down” … “Media is tough as rocks these days. It takes a lot to make it work” … “I don’t want to take all we’ve built and developed and just throw it away.”

Plus Garrison Keillor is retiring for real in September 2016 (though he’ll stay on as executive producer), and “A Prairie Home Companion” will become mostly a music show, hosted by mandolin player Chris Thile (no more “News from Lake Wobegon” or “Guy Noir”). Whenever we tune into APHC, it’s for the stories, just sayin’.

Minnesota Museum of American Art curator Christina Chang is leaving “to pursue new opportunities and shift focus back to academic research and writing.” This fall, she’ll begin a term position at Carleton College as director and curator of the Perlman Teaching Museum. Chang will remain on staff as a guest curator through Aug. 20. MMAA is undergoing a hiring process for a new curator and expects to make a formal announcement soon.

David Fey is acting as the Soap Factory’s interim executive director while helping with the search for its next permanent ED. Fey is a senior consultant with Cincinnatus, a consulting group serving nonprofit organizations. He was formerly ED of Seward Redesign, where, among other things, he facilitiated the redevelopment of the Do-All manufacturing building for the Northern Clay Center.

The Minnesota State Fair has announced a fryer full of new attractions for 2015, including Math On-A-Stick (a scavenger hunt), a Les Paul traveling exhibit (Sept. 4-7), Figure Skating Day (Aug. 31; Kristi Yamaguchi will sign autographs), the 50th anniversary of Crop Art, and a bunch of activities in the Poultry Barn, despite the total lack of poultry because of bird flu. 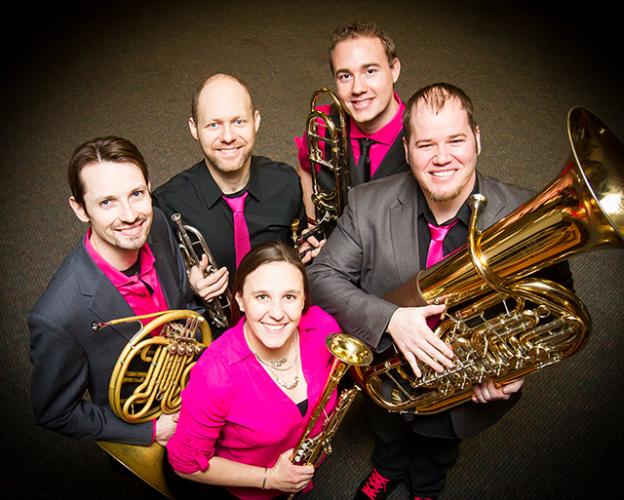 Thursday at Once Upon a Crime: Alex Kava signs copies of “Silent Creed.” Now that Once Upon a Crime is up for sale, you can expect the crowds to grow at its readings and signing events. Kava’s latest “Creed” novel covers government conspiracies, secret biological and chemical testing, and rescue dogs. 7 p.m. Free.

Thursday at the Cedar: An Evening with Rickie Lee Jones. Tickets to the center section in front of the stage are gone, but the Cedar isn’t the Xcel, so you’ll still be plenty close to the marvelous Ms. Jones, articulate and adventuresome singer-songwriter and two-time Grammy winner with over 15 albums to her credit. Her latest, “The Other Side of Desire,” out June 23, is all-new and inspired by New Orleans, her new home. Coolsville. Learn more about it and hear an appetite-whetting track. FMI and tickets ($48.50). Doors at 7 p.m., show at 8.

Friday at the Minnesota Museum of American Art: REALLY Short Film Festival. A companion to MMAA’s sunny exhibition “Summertime,” curated by Christina Chang, who recently announced her departure from the museum. Six-second films about summer will screen on the new Pioneer Endicott Green Roof. Free food and drink, plus prizes. BBQ starts at 7:30 p.m., screening at dusk. Sponsored in part by Black Sheep Pizza, which can only be a very good thing. 7:30 p.m. Free.

“The Met: Live in HD” starts its 10th season with Verdi’s “Il Trovatore” on Oct. 3. The stellar cast includes soprano Anna Netrebko, tenor Yonghoon Lee and – we’re crossing our fingers very very hard – baritone Dmitri Hvorostovsky. Recently diagnosed with a brain tumor, Hvorostovsky canceled all engagements through the end of August but is still on the schedule for the Met in September. Learn about the whole season and buy tickets here.

Things we learned from Anthony Bourdain; 6-second films at MMAA