The publication in July of Harper Lee’s “Go Set a Watchman” generated buzz most publishers only dream of and preorders not seen since the final “Harry Potter” book. Closer to home, the first play in the Guthrie’s 2015-16 season, opening Sept. 18, is “To Kill a Mockingbird.” Coincidence?

We asked director John Miller-Stephany, until recently the Guthrie’s associate artistic director. “We had heard that there was going to be a new Harper Lee novel released in the summer of 2015 when the programming for the season was being planned,” he said. “So we knew there would be probably an increased interest in Harper Lee and in ‘To Kill a Mockingbird.’ ” 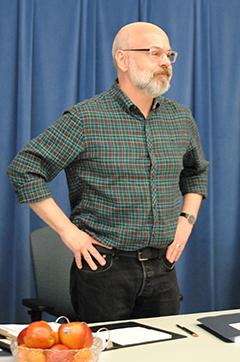 This is the first time the Guthrie has presented Christopher Sergel’s play based on Lee’s Pulitzer Prize-winning novel. It is also Miller-Stephany’s first time directing it.

We wondered if “Watchman,” in which the beloved, iconic character of Atticus Finch is portrayed as a racist (and which, consequently, has given a lot of people fits), was in any way shaping Miller-Stephany’s approach to “Mockingbird.”

“It’s an interesting time to be doing ‘To Kill a Mockingbird,’ ” he said. “We are not doing the stage version of ‘Go Set a Watchman.’ We’re doing the stage version of ‘To Kill a Mockingbird.’ And this version was written long before anyone knew of ‘Go Set a Watchman.’ So the Atticus that we’re putting onstage is the Atticus everyone knows.

“For us, as we’re working on the story, it’s interesting to have the portrayal of Atticus in ‘Go Set a Watchman’ sitting in the back of our minds. … It has actually led to some really interesting table discussions with the cast. …  But ultimately, we can’t tackle something that is not in the script.”

“I believe frankly that there’s not a huge disconnect between those two Atticuses,” he said. “I think there’s a big difference between defending a single African-American man who you believe to be innocent, who’s wrongly accused. It’s another thing to tear at the culture that you’ve been raised in, no matter how evil it is.

“I think that requires someone who is not of that culture, and the character of Atticus is a Southern gentleman who grew up in the South in a highly bigoted society, so it’s very possible to have the Atticus of ‘To Kill a Mockingbird’ be one and the same Atticus in ‘Go Set a Watchman.’ It’s just how you view him and the specifics that turn the portrait on end.”

But don’t look for both Atticuses in the Guthrie’s production. “That’s a different story altogether, and we’re not telling that story,” Miller-Stephany said. “We are telling the ‘To Kill a Mockingbird’ that people read in ninth grade and that many people know through the award-winning film.”

Casting for the play was announced last week. Baylen Thomas, whose Broadway credits include “The Big Knife,” “The Merchant of Venice,” and “Cyrano de Bergerac,” will make his Guthrie debut as Atticus Finch. Also making their Guthrie debuts, Mary Bair and Isadora Swann will share the role of Scout in alternating performances. Swann won over audiences as at the Children’s Theatre as Cindy-Lou in “Dr. Seuss’ How the Grinch Stole Christmas.”

Ansa Akyea as Tom Robinson, Candace Barrett Birk as Mrs. Dubose, Jennifer Blagen as Miss Stephanie Crawford, Michael Booth as Boo Radley, and the rest of the large cast (we count 20) are actors who have previously appeared at the Guthrie.

Five post-play discussions are scheduled during the run. Details aren’t yet available, but these look like opportunities to bring in community leaders to discuss the issues raised in “Mockingbird” and also, perhaps, in “Watchman,” which many people will have read.

Miller-Stephany was the Guthrie’s associate artistic director under Joe Dowling, a job he held for 19 years. During that time, he usually directed one or two plays each season, starting with “Sweeney Todd” in 1999 and ending with this summer’s “The Music Man,” which closes Aug. 30.

“It’s very common,” he said. “That’s how I got my job, so it would be very small-minded of me to be upset. Of course [the Guthrie] is my artistic home and has been for 19 years, so I can’t say that it’s not been difficult in some ways. On the other hand, a new artistic director is like a president. They bring in their own Cabinet. I totally get that.”

“At this moment, I’m still trying to figure it out,” he said. “I came to Minneapolis from New York because of the wonderful artistic opportunities, and I’m so grateful to this community, to the Guthrie, to Joe Dowling, that these last 19 years have offered me all these wonderful opportunities. I’ve grown to totally love this community. It is home for me.

“I can’t see staying just to stay. On the other hand, I’m not going to leave just to leave. … If something comes up that seems like it’s going to be artistically fulfilling, then I’ll go wherever that is, whether it’s in Apple Valley or the Big Apple.”

“To Kill a Mockingbird” will be the 16th play Miller-Stephany has directed for the Guthrie.

Now at the Edina Cinema: “Mr. Holmes.” In this charming, melancholy film – based on a novel by Mitch Cullin, with screenplay by Jeffrey Hatcher, the Deephaven-based playwright whose “Sherlock Holmes and the Ice Palace” recently finished up at the Park Square – Sir Ian McKellen, now 76, plays Sherlock in his 60s and his 90s. (Try that, Mr. Cumberbatch.) Laura Linney is his war widow housekeeper, and Milo Parker as her bright young son, Roger, nearly steals the show, except we’re talking about Ian McKellen, who’s magnificent and riveting at any age.

Tonight (Wednesday, Aug. 19) at Studio Z: Mizna Journal Release Reading and Movie Night. Originally planned for Mears Park, this event has been moved indoors in the great likelihood of rain. The summer issue of Mizna: Prose, Poetry, and Art Exploring Arab America is out, and Hasan Dudar, Naja Tala Gama, Jennifer Zeynab Maccani, and Mike Rollin will all be there to read from their work. Then see the film “May in the Summer,” about prewedding jitters in Jordan, written and directed by Cherien Dabis. Reading at 7, film at 8:30 p.m. Free. 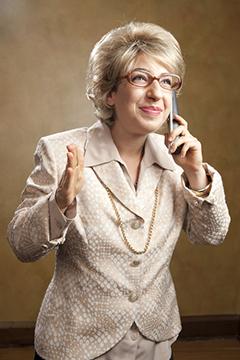 Thursday at the Minneapolis Institute of Art: Third Thursday: Leonardo da Vinci, Design, and AIGA Minnesota. If you haven’t seen Bill Gates’ personal copy of Leonardo da Vinci’s “Codex Leicester,” know that it goes away Aug. 30. This will be a fun night to see it and take part in other activities planned for the evening: making a sketchbook with artist Chank Diesel, trying Leonardo-like writing, collaborating on a codex-on-a-string with artist Julie Benda, hearing live music, connecting with the graphic designers of AIGA Minnesota. Become a member (membership is free) and get into the Leonardo show for free. 6 – 9 p.m. Free.

Thursday at Studio Z, Friday at The Nicollet, and Saturday at the Black Dog: Adam Meckler Quintet Live Recording and Filming. Playing three venues over three consecutive nights, trumpeter/composer/bandleader Meckler and his quintet – Nelson Devereaux on saxophone, Zacc Harris on guitar, Graydon Peterson on bass, Greg Schutte on drums – will record their next CD of all new compositions. 8 p.m. at Studio Z ($10 at the door); 9 p.m. at the Nicollet (no cover; $10 suggested donation); 8:30 p.m. at the Black Dog (no cover; donations welcome). Come early to the Black Dog for the debut of Harris’s American Reverie Trio at 7 p.m.