Not only is Minnesota famous for Prince, Bob Dylan, the Replacements and Doomtree, but it turns out we’re also an early music hotbed.

And now we have our own Twin Cities Early Music Festival. In just its second year, it has grown from a weekend sampler to a three-week feast of motets, chansons, concertos, cantatas, oratorios and an opera, Gluck’s “Orfeo ed Euridice.”

Starting Saturday, Aug. 8, ending Saturday, Aug. 29, you can hear live performances of early music every day of the week, sometimes twice a day and once, during the Bach Marathon, all day. If you’re a musician, you can take part in the Marathon, playing any instrument you choose.

Along with concerts, TCEMF includes workshops in harpsichord maintenance and baroque dance, a Music Market Day with an instrument exhibition and mini-concerts, a Baroque Instrumental Program for advanced students and young professionals, and a mini-series of “pet projects”: one-off concerts conceived by musicians who normally don’t perform together and might never have met before the festival.

TCEMF was begun and is run by musician Donald Livingston, director of Ensemble Col Basso, organist for Westwood Lutheran Church, adjunct professor of harpsichord at Concordia and candidate for a Doctor of Music in Early Keyboard at Indiana University. We connected by email earlier this week.

MinnPost: How and why did the Early Music Festival begin?

Donald Livingston: The idea has been batted around for years between parties like The Schubert Club, Lyra Baroque, Rose Ensemble, the Bach Society, etc., but it hasn’t ever materialized. I decided to start it on my own.

MP: In just one year, it went from a weekend to three weeks. How did that happen?

DL: Last year was structured to allow for any early music group to make a 30-minute presentation on one day. This year is structured to allow each group to self-produce an entire concert, with me/the festival acting as administrator. Additionally, a weeklong Baroque Instrument Program was dropped from [an early music festival in Vancouver], so the faculty – now cut loose and with nothing to do – are coming here to hold a brand-new workshop on the same model.

MP: What did you learn from last year that you’re bringing forward to this year?

DL: I learned that there is a great deal of interest in having an early music festival. Since last year’s fledgling attempt, 19 different groups and a handful of ad hoc groups are presenting concerts at the festival, and in addition to the Baroque Program faculty who are traveling from the Netherlands, Canada, Michigan and North Carolina, we have players coming from San Francisco, Panama and Spain.

MP: Tell us more about the Pet Projects.

DL: Spending a year researching how other early music festivals are structured, I began to question what model I wanted to use for this one. One thing that kept popping up was everybody has a “pet project” they would love to do but can’t for various reasons.

I decided that I want this festival to be based on a practice of collaboration. Rather than being a presenting organization that brings in star performers to play for us and then leave town, I’d like to bring guests who create programs in conjunction with local players to create performer-driven events, rather than be hired hands of some ensemble director. I want inspiration from being at work with other players to fuel the programming process. This feeds the creativity of our local players who come into contact with players from outside our little Twin Cities bubble.

The Twin Cities Early Musical Festival starts Saturday, Aug. 8, with a performance by Lyra Baroque Orchestra directed by Jacques Ogg. Festival concerts take place in eight venues, including Hennepin Avenue Methodist Church, Augsburg’s Hoversten Chapel, Hamline’s Sundin Hall and the Schubert Club in the Landmark Center. As of this writing, 28 concerts are scheduled, and events are still being changed and added, so check the website. View the whole calendar here. Individual concert tickets (good for any concert) are $15 for adults, $10 for students, $5 for 12 and under; tickets for “Orfeo ed Euridice” are $20/$10/$5. Festival passes and packages are available. Buy tickets at the door or online.

Now at the Ordway Music Theater: “The Pirates of Penzance.” The Ordway’s own staging of the classic Gilbert and Sullivan musical sounds like a total blast. The instrumentation has been brightened, the language made more understandable to today’s ears, and the scenes, in the words of producing artistic director James Rocco, are “filled with mischief, mayhem, and exuberance.” The Ordway is calling it “pure Gilbert & Sullivan meets ‘Spamalot.’ ” Tickets are already tight; best dates are Wednesday, Aug. 12, Friday, Aug. 14 and Saturday, Aug. 15 (matinee). FMI and tickets ($36-$110). 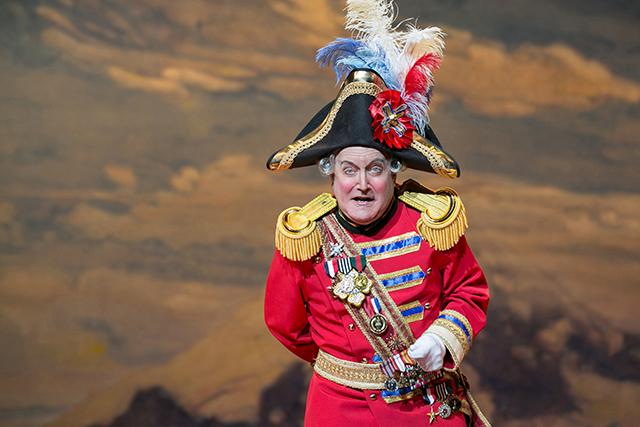 Photo by Molly Shields
Gary Briggle as Major-General Stanley in “The Pirates of Penzance.”

Tonight and Saturday in St. Paul: Little Mekong Night Market. Inspired by the famous, carnival-like night markets held throughout Asia, this open-air street market returns for a second year, taking over Western Ave. from Aurora to Charles, leaving University open for traffic and the Green Line. Look for Hmong, Lao, Thai, Korean, Filipino and soul food, arts and crafts, community art projects, merchandise, cultural performances and artist-led activities. Clarence White, calendar editor at the St. Paul Almanac, went to the inaugural event and says, “I feel like this was one of the great arts and culture successes of last year.” 6 p.m. until midnight Friday, 4 p.m. to midnight Saturday.

Today through Sunday on Harriet Island: Irish Fair of Minnesota. Now in its 36th year, the nation’s largest free Irish fair is a doozy, with multiple events happening simultaneously in several places: four stages, a speaker’s tent, a sports field (Gaelic football! Sheep herding! Hurling!), a social dance hall, a showboat (where the film “The Irish Pub” will screen on Saturday and Sunday), a tea room and a literary corner. The stellar musical line-up includes Cherish the Ladies, Finbar Furey, the Young Dubliners, Katie McMahon and the irresistibly named Socks in the Frying Pan, a trad trio from County Clare. Eat, drink, dance, tell stories, and find out who wins the Best Legs in a Kilt Contest. Get a free Metro Transit Pass (click “Download Bus Pass” under “Getting to the Fair”) and save yourself the whole parking headache. Some 100,000 people are expected to attend. Friday 3-10 p.m., Saturday 9 a.m. – 10 p.m., Sunday 9 a.m. (mass) – 7 p.m. FMI. 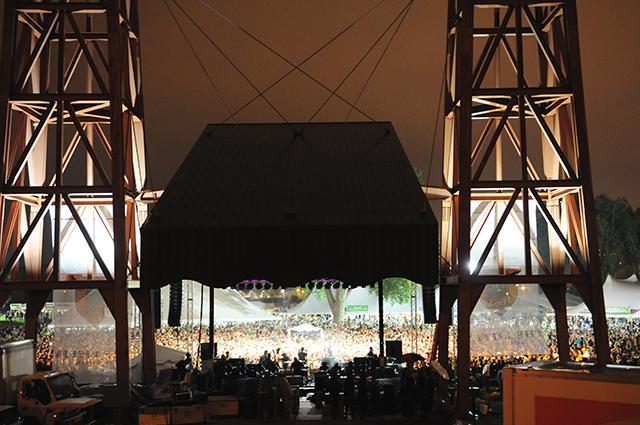 Saturday and Sunday at Aria: Autoptic. A two-day festival of independent culture including comics, zines, prints, posters, readings, talks, and music, with local and international exhibitors, workshops, a Saturday night concert at the Cedar, and a Sunday after party at Grumpy’s. FMI. Floor map and exhibitor list on Tumblr.