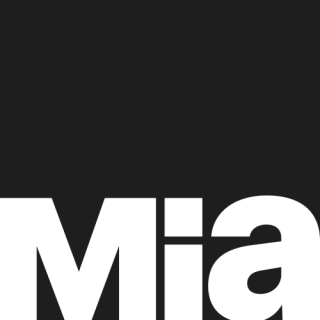 When you’re a 100-year-old institution and everyone knows your name, rebranding is a big deal. But the Minneapolis Institute of Arts, our own Em-Eye-Aye, has gone ahead and done it.

Starting now, there’s no more “s” in Arts. So it’s Minneapolis Institute of Art. And MIA is now Mia. Mee-ah. A word that means “mine,” “my own,” “beloved” and starts with “Me.” The logo is new, too. Uppercase “M,” lowercase “i” and chunky round lowercase “a.”

“Mia … embraces and reflects the warmer and friendlier aspects of the museum’s identity,” the launch announcement said. It “signals the role as the people’s museum. It is the hope that everyone who visits the museum, whether for the first time or the hundredth, will feel that Mia belongs to them.”

We weren’t expecting this, but it’s not that shocking in a birthday year that has seen all kinds of fresh, fun ideas coming from MIA, um, Mia. Like wrapping water towers with masterpieces, commissioning art-inspired bikes with Handsome Cycles in Minneapolis, and bringing in priceless treasures from other museums so we can view them for free – first Vermeer’s “Woman in Blue Reading a Letter,” then Raphael’s luminous “The Madonna of the Pinks,” now on display, but only through Aug. 16, so if you want to see it (and you do, you do), go soon.

The “52 Surprises” initiative – a new event each week for all of 2015, many happening outside the museum – has been consistently inventive, delightful, and people-focused. Minneapolis Mayor Betsy Hodges led a surprise tour in April; a big bronze head showed up on the museum’s lawn in May; Devo founder and visual artist Mark Mothersbaugh gave a surprise performance in June; Lyndale Park Gardens is blooming right now with art-inspired flower plots. There’s a sense that something exciting is always happening, or about to happen.

Tim Gihring, the former Minnesota Monthly editor snapped up by Mia in 2013, wrote an interesting piece on some of the reasons for the rebranding. The former “Arts” (plural) was because an earlier plan was for the Institute to be a center for all the arts, including the performing arts. It was hoped that the Minneapolis Symphony Orchestra (now the Minnesota Orchestra) would make its home there, along with ballets and plays. As we know, that didn’t happen. And then there’s the acronym problem: To most people, especially outside the Twin Cities, MIA means “missing in action.”

The rebranding came out of a partnership with Pentagram, a global design and branding firm based in New York that has worked with many museums including MoMA, the Whitney, Cooper Hewitt, London’s Victoria & Albert Museum and – this is a real place – the Museum of Sex. They had fun with that one.

Artistry (formerly the Bloomington Theatre and Art Center, also recently rebranded) and the city of Bloomington have announced the next phase of their public-private partnership to advance creative placemaking in the South Loop, the 2,300-acre neighborhood adjacent to the MSP International Airport and the Minnesota River.

Following up on a series of demonstration projects in 2014-15 funded in part by a $100,000 “Our Town” grant from the National Endowment for the Arts, Artistry and the city will hire a creative placemaking director and establish a nine-member creative placemaking commission. The city will allocate $400,000 per year for the next two to four years to work toward six goals, which include ensuring urban design excellence in transforming the built environment, animating public spaces and establishing a resident creative sector. The city will contract with Artistry for related services.

Bloomington may be a trailblazer. NEA Director of Design Programs Jason Schupbach said, “I know of no other municipal government that has established a Creative Placemaking Commission or hired a director of placemaking.”

Home to the Mall of America, the Minnesota Valley National Wildlife Refuge, four light rail transit stations, numerous hotels and office buildings, the South Loop is not your usual neighborhood. It’s estimated that by 2020, it will have 6,000 residents, 9,000 hotel guests and 115,000 MOA visitors on a typical day. It sounds a bit like Venice, but without the canals.  Can Bloomington create its own Northeast or Lowertown?

Ends Sunday at the Jungle: “You Can’t Take It With You.” We loved this silly, splendidly done comedy about following your bliss and letting others do the same. FMI and tickets ($28-$48). 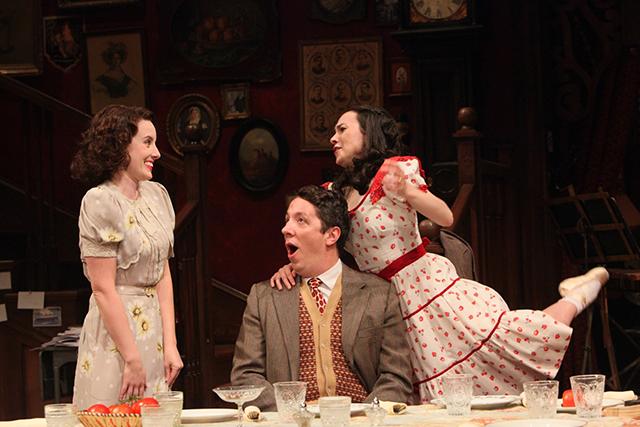 Tonight (Thursday, Aug. 6) at the Walker: Pop Remix. A party in the Garden Terrace Room and on the terraces, with spectacular views of the city and the Sculpture Garden, now minus several sculptures. (They’re been moved to clear the way for the Sculpture Garden redo.) Prime people-watching, art-making, a film screening, DJ beats and live music by Dosh and Ghostband. 6-10 p.m. Free. FMI.

Friday at Vieux Carré: Atlantis Quartet. Atlantis recorded its 2011 album, “Lines in the Sand,” in this basement club in the Hamm Bldg., which for many years was the Artists’ Quarter. The room is now under Dakota ownership, with a new look, a small kitchen, and a New Orleans attitude, but Atlantis is still Atlantis, with its trademark sound, modern jazz, original compositions and mad improvisation skills. 8:30 p.m., $8 at the door. Come early and hear Jeremy Walker at the piano (5:30-8 p.m., free).

Sunday at the Dakota: Irv Williams’ 96th Birthday Party. Saxophonist Williams, famously known as “Mr. Smooth,” is a terrible liar. For years, he’s been claiming he has made his last album. The first of the lasts came out in 2004, titled “That’s All.” Then (three albums later), in 2006, “Finality.” He called his 2011 CD release for “Duke’s Mixture” his “retirement party.” “Then Was Then, Now Is Now” appeared in 2014. And earlier this summer saw another new CD from Williams, this one named “Pinnacle.” He still plays Friday’s happy hour at the Dakota. And he still sounds great. 7 p.m. $7 at the door. Reservations recommended. 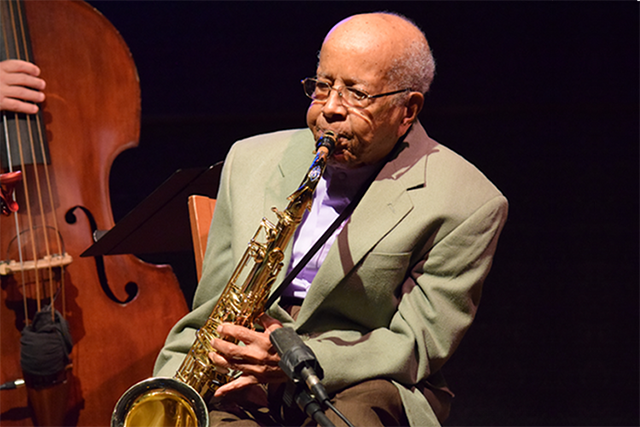