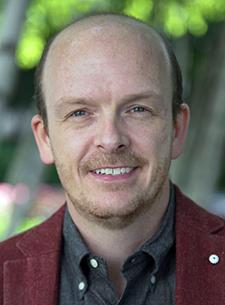 Mia’s loss is MMAA’s gain. Christopher Atkins, coordinator of the Minnesota Artists Exhibition Program (MAEP) at the Minneapolis Institute of Art since 2009, has been named curator of exhibitions and public programs at the Minnesota Museum of American Art. His first day at MMAA is Sept. 1.

At Mia, Atkins mounted several exhibitions by living artists from around the state. He has worked with and supported Minnesota artists as a juror, adviser, writer and mentor; co-developed site-specific installations; and worked on various artist-in-residency programs. Atkins curated the “Mark Mothersbaugh: Myopia” exhibition currently at Mia.

At MMAA, Atkins will curate exhibitions that draw on the museum’s permanent collection and other exhibitions of American art, with a strong emphasis on artists from Minnesota. He will conceive and organize public programs and help strengthen the permanent collection through acquisitions and commissioning new work in anticipation of a future museum expansion (in St. Paul’s Pioneer Endicott building; watch that space). “This is a perfect opportunity to expand my work with Minnesota and national artists,” Atkins said in a statement.

Atkins comes to MMAA with degrees from Goldsmiths College, University of London and the College of Wooster. Before MAEP, he was an adjunct lecturer at the College of Visual Arts, MCAD, and Macalester, where he taught museum studies and contemporary art. He is also a photographer with a show up now at the Nemeth Art Center in Park Rapids and another scheduled at Kolman & Pryor Gallery in Minneapolis starting in January 2016.

The Minnesota Fringe, by the numbers: 2015’s 11-day performance festival issued 50,330 tickets to 909 performances of 174 shows, up from 2014’s 50,265 tickets to 878 performances of 169 shows. Said executive director Jeff D. Larson in a statement, “In 2014 we wanted to set an all-time-high attendance record, which we did. This year we wanted to increase artist payout while keeping our attendance numbers high. … It looks like we’re going to accomplish that.” The festival pays most of the ticket revenue back to participating artists. Counting backwards, these were the Top 5 shows by overall ticket sales: 5. “105 Proof or The Killing of Mack ‘The Silencer’ Klein” (Transatlantic Love Affair), 4. “Comedy Suitcase Presents the Avengers” (Comedy Suitcase); 3. “Trial by Jury” (The Gilbert & Sullivan Very Light Opera Company), 2. “A Funny Thing Happened on the Way to the Death Star” (Go for Broke Productions”), and 1. “Spicy Masala Chai” (Bollywood Dance Scene). It’s the second year in a row the Bollywood group had the top-selling show.

Going to the State Fair? Leave your selfie stick at home. A single sentence on the fair’s website says it all: “The use of ‘selfie sticks’ and camera poles is prohibited in the Grandstand concert venue, free entertainment stage seating areas and on rides at Mighty Midway, Kidway, Adventure Park and ticketed attractions.” This is only a partial ban, but it was apparently such big news that everyone reported it (City Pages’ headline: WAR ON SELFIE STICKS HITS MINNESOTA STATE FAIR) and now we’re chiming in. Some news outlets posted surveys about whether selfie sticks should be banned altogether at the fair. Don’t even think about bringing duct tape and making your own from a free yardstick or two.

Boo-worthy music news: “The Real-Phonic Radio Hour” at the Hill Reference Library is no more. It wasn’t a real radio program, but it was structured like one, with music, repartee, guest artists (mostly, not always, roots music), hosts Erik Koskinen and Molly Maher, a house band, and narrator Thom Middlebrook. (Someone once called it the “anti-Prairie Home Companion”). The shows were warm and intimate and fun, and the setting – the old wood, high stacks and marble columns of the Hill Library – was fantastic. The 2015 season finale concert was May 21. Here’s hoping Koskinen and Maher can find a new home.

Tonight (Tuesday, Aug. 11) at the History Center: Nikaido, Sorvari and Kazama. “Cosmic” Japanese pop, with an intermission performance by the Junshin Peace Singers from Nagasaki. St. Paul and Nagasaki have been sister cities for 60 years; Sunday was the 70th anniversary of the U.S. atomic bombing of Nagasaki. Part of the History Center’s 9 Nights of Music summer series. Preshow activities (including kite-making and flying) at 5:30 p.m., live music and dancing at 7 p.m. Bring a chair or blanket. Free. 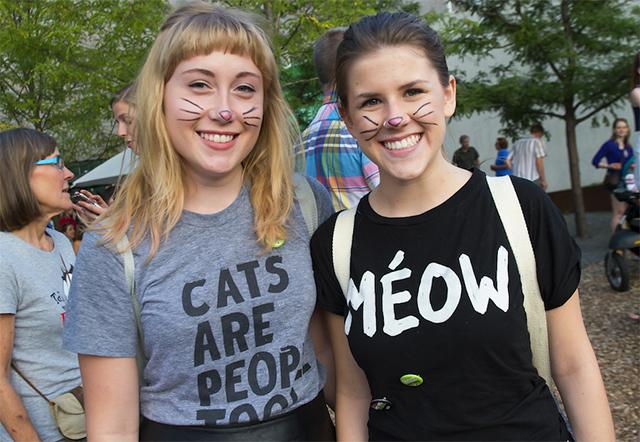 Wednesday at CHS Field: Internet Cat Video Festival 2015. Now in its fourth year, the wildly popular event where crowds gather to watch videos they could see on their phones moves to the stadium in Lowertown. This year’s videos are curated by Will Braden (“Henri Le Chat Noir”) and the show is hosted by radio personality Barb Abney of Go 96. Before the videos begin, there are two hours of “cativities” planned, including cat-themed artist projects by In the Heart of the Beast and others, photo ops, art-making activities, a giant cat mural, face painting, and a “Dress as Your Cat” costume contest. Doors and activities at 6:30 p.m., reel at 8:30, done at 10. Tickets ($10/$8/$6/free for 5 and under) are still available, all general admission, and fun will be had. Sorry, no cats or dogs allowed, other than service dogs. 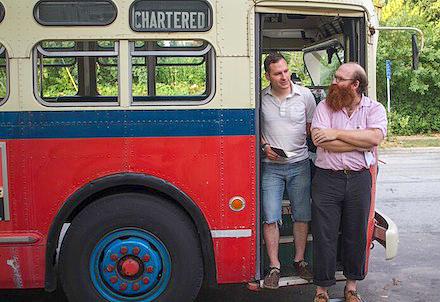 Wednesday starting at the Soap Factory: The Repatriation Tour. Can we go home again, and what is it like when we try? How reliable are our memories? How do we feel about things that have changed in our absence? Detroit artist Jonathan Gabel once lived in Minneapolis but hasn’t been here in nearly a decade. Follow along as he leads a walking tour of the city, with no set itinerary or agenda. See it through then/now eyes and compare your memories with Gabel’s. This begins the summer series of Common Room tours curated by Andy Sturdevant and Sergio Vucci, a Soap Factory tradition now in its eighth season. The point: to activate public spaces and redefine our relationship with our surroundings. Each tour is a fresh look at things we think we know, or have stopped seeing due to familiarity, or never bothered to notice. No registration needed, and the tours are free; just show up at the Soap Factory before 6:30 p.m.

Friday at Como Dockside: Tropical Depression and “Muppets from Space.” With Lake Como’s restaurant and venue now owned and operated by Jon and Jarrett Oulman, co-owners of the Amsterdam and the 331 Club, the summer Music and Movies in the Park series has gotten a kick in the pants. Tropical Depression is the Minneapolis “yacht rock” band with Erik Applewick, Martin Dosh and James Buckley. “Muppets from Space” is the one where Gonzo searches for his past. It’s the only non-musical Muppets movie, but with a soul and funk soundtrack. 6 p.m. doors, 7 p.m. music, movie at dusk. Free.

Saturday at The Museum of Russian Art: A Reading of Russian Literature and Sampling of Russian Tea. When we’re children, if we’re lucky, we’re read aloud to. Why should that end when we’re adults? On Saturday in the former-church-turned-funeral-home-turned-museum-designed-by-Julie-Snow, Twin cities actor Terry Hempleman will read short stories and poems by Pushkin, Turgenev and Chekhov. A 10-minute discussion will follow. (Only 10 minutes?) Complimentary Kuzmi tea and sushki (Russian tea breads) will be offered. Doors at 5 p.m., readings at 5:30. You’ll be out in time for dinner and a movie or a walk around a lake. Register here ($16/$12 TMORA members).

MMAA snags curator Atkins from Mia; get ready for the Cat Video Festival