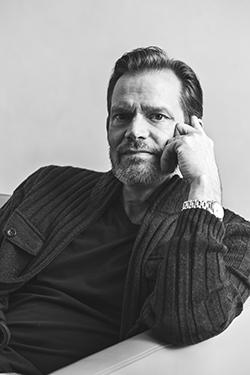 As we sat in the Park Square Theatre in April, watching Mark Benninghofen and Sally Wingert play two former lovers snowed in at an airport in Steven Dietz’s “Shooting Star,” we never once looked at Benninghofen and thought, “Now there’s the next demon barber of Fleet Street.”

Last December, when we saw him in Dark & Stormy’s production of Pinter’s “The Hot House,” we didn’t wonder, “But can he sing?”

He is, and apparently he can. Announced Monday by Theatre Latté Da, Benninghofen will join Wingert (once again) and Tyler Michaels in Latté Da’s production of Stephen Sondheim’s “Sweeney Todd,” opening Sept. 23 at the Ritz.

What a sweet cast. Benninghofen, most recently in “Juno and the Paycock,”Joe Dowling’s final play at the Guthrie. Wingert, who can play anyone (her Maria Callas in Terrence McNally’s “Master Class” was indelible), as Mrs. Lovett, pie-shop proprietress. The amazing Michaels, who made us forget Joel Gray when he took the role of emcee in “Cabaret,” then zoomed from there to Freddy in “My Fair Lady” and Puck in “Midsummer” the Guthrie and earlier this summer wrapped “Peter Pan” at the Children’s Theatre. 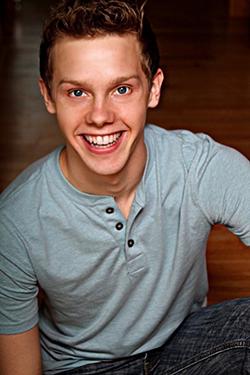 Benninghofen said in a statement, “I have never performed in a musical. I have always separated myself immediately from actors with the remarkable skills needed for musicals. But I saw the final preview of the original ‘Sweeney Todd’ on Broadway with Len Cariou in 1979. … blew my mind. Since then ‘Sweeney Todd’ has been the only musical that calls to me as an actor.”

In September 2014, Walker West Music Academy in St. Paul won a Knight Arts Challenge Grant to bring jazz back to Selby Avenue. Last week it announced the first six concerts in a year’s worth of music at its new home at 760 Selby Ave.

(Side note: Walker West’s new home is across the street from its old one, the former BBQ joint and liquor store where the academy spent its first 26 years. Founded in 1988 by African-American musicians the Rev. Carl Walker and Grant West, it has been and remains deeply committed to serving the Summit-University neighborhood.)

The 8 O’Clock Jump Jazz Series, its name inspired by the jazz standard “One O’Clock Jump” by Count Basie, begins Sunday, Sept. 6, with the Nicole Mitchell Quartet. Based in Chicago, award-winning flutist composer, bandleader and educator Mitchell has been called “the most important jazz flutist of her generation.”

On Friday, Sept. 11, the Grammy-winning jazz bassist Ron Carter performs at Walker West with his Golden Striker Trio (Russell Malone on guitar, Donald Vega on piano). Carter first got noticed as the bassist with the Miles Davis Quintet in the early 1960s. He has played and recorded with many greats, scored and arranged music for films, taught extensively and appeared on 2,500 recordings. Every bassist in the metro area without a gig should be there, except Walker West’s performance hall seats 100 and only 80 tickets are available to the public. (In other words, if you want to see Carter, jump on that ticket now.)

The rest of the lineup through early December includes the Haitian dance group Afoutayi Dance (Friday, Oct. 2), the Yolande Bruce Group (Friday, Oct. 16); Eric Kamau Gravatt & Source Code (Friday, Nov. 13) and the Anthony Walker Group on Friday, Dec. 4. All shows are at 8 p.m., general admission, with doors at 7:30. Most are ticketed; two are free. Nicole Mitchell’s concert is free and already at capacity. Tickets are still available to Ron Carter and the other events. FMI and tickets ($15-$30).

Thursday through Saturday at Bedlam Lowertown: The Big Lowdown: Turned Inside Out. The third annual Big Lowdown, like the first two, will take you out of your seat for an unconventional, on-the-move night of theater all over the space, inside and out: on the main stage, in the hallways and alleyways. Performances include percussion, spoken word, dance, performance art, and opera – specifically, a preview of the Food Opera being created by the new music ensemble Zeitgeist and composer Ben Houge. Winner of a Knight Arts Challenge Grant, the Food Opera will pair music with food by five St. Paul chefs over three evenings in spring 2016. The Lowdown starts at 7:30 p.m. each night and is followed by live music after each performance. FMI. $15 at the door.

Friday at Unity Church – Unitarian: Sen. Amy Klobuchar discusses her new book, “The Senator Next Door: A Memoir from the Heartland.” Klobuchar is getting a lot of press for her plainspoken, funny book, which we confess we haven’t yet read but fully intend to ASAP. Presented with Common Good Books. 7 p.m. in the sanctuary. Free.

Sunday at the Dakota: Tootie Heath featuring Ethan Iverson and Ben Street. Iverson’s main gig is as pianist with The Bad Plus, but he has a vast array of other interests — including playing with 80-year-old hardbop drummer Albert “Tootie” Heath. Heath has played with everyone; he was on John Coltrane’s first album as leader. Street is an in-demand bassist who has worked with Kurt Rosenwinkel, Ben Monder, Lee Konitz and a long list of heavy hitters. This will be a great night of mostly standards, a blending of the generations in a way jazz does especially well. 7 p.m. FMI and tickets ($22).

This year’s Citizens League Civic Celebration honors Alan Page, retiring justice of the Minnesota Supreme Court, former Minnesota Viking, sousaphone player, and (this isn’t part of the event description, but we’ll say it anyway) one of the most respected, admired and accomplished men in Minnesota. It’s worth going just to see the program honoring him, and if you also rub elbows with a few hundred bigwigs, so be it. Tuesday, Oct. 20 at the Metropolitan Ballroom in Golden Valley. Complimentary apps and cash bar. 5:30 p.m. reception, 6:30 program. FMI and registration ($15 Citizens League members/elected officials, $35 nonmembers).