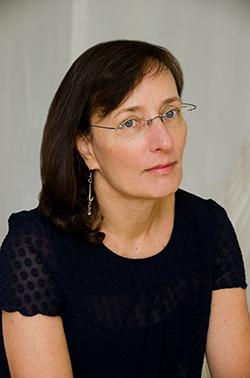 The other two finalists are New Yorker cartoonist Roz Chast for “Can’t We Talk About Something More Pleasant?” and actress-writer Annabelle Gurwitch for “I See You Made an Effort: Compliments, Indignities, and Survival Stories from the Edge of 50.” The winner will be announced at a ceremony in New York City on Monday, Sept. 28, at Caroline’s Comedy Club.

Past winners include Calvin Trillin, Jon Stewart, Ian Frazier (twice) and David Sedaris. Scanning the list, we see mostly men, making this year’s roster of finalists even more noteworthy. Sen. Al Franken, then plain old Al Franken, was a finalist in the first year of the awards for “Rush Limbaugh Is a Big Fat Idiot and Other Observations.”

Rain Taxi has started leaking news about the authors who will appear at this year’s all-day, jam-packed Twin Cities Book Festival, to be held Saturday, Oct. 17, at the Minnesota State Fairgrounds.

Authors coming in from around the country and the world include Jabari Asim, whose new novel, “Only the Strong,” is a tale of African-American communities in the 1970s Midwest; Canadian experimental poet Christian Bök, who makes everyday formalist poets look like lazy slobs; Susan Cheever, daughter of John Cheever, author (to date) of five novels, four memoirs and three biographies; Moroccan-born and raised novelist and critic Laila Lalami, whose historical novel “The Moor’s Account” was a finalist for the Pulitzer Prize; and Joy Williams, whose latest collection of short stories is “The Visiting Privilege.”

More Minnesota authors, event descriptions and schedules are TBA, but for now, just put a big black X on your calendar for the Upper Midwest’s largest annual literary gathering.

The nonprofit organization Fitzgerald in Saint Paul, which celebrates author F. Scott Fitzgerald in his hometown through events and educational programs, has only been around for three years. But it already has enough presence and clout that the 14th International Fitzgerald Society Conference will be held here in June 2017.

Fitzgerald in Saint Paul president Stu Wilson expects 300-400 attendees at the four-day conference, which takes place every two years and alternates between the U.S. and Europe. (This year’s conference was held in Waterford, Ireland.) St. Paul hosted in 2002 and it’s kind of a coup that the conference is returning so soon. Fitzgerald fans can expect two to three days of public events, a Fitzgerald festival featuring leading scholars from across the globe.

Coming up a bit sooner is the September edition of FitzFirst@Four, the organization’s monthly reading and discussion series. This time it’s all about the Fair. Historians Linda Kotusky and Kathryn Strand Kotusky will start things off with photographs and stories from their book “Minnesota State Fair: An Illustrated History,” after which everyone will discuss F. Scott’s famous short story, “A Night at the Fair.” 4 p.m. Sunday, Sept. 6 at Common Good Books. Free.

We could be totally wrong about this, but MinnPost readers seem like pretty good candidates to judge the Minnesota Book Awards. Judges are needed in eight categories: children’s literature, general nonfiction, genre fiction, memoir and creative nonfiction, Minnesota, novel and short story, poetry, and young people’s literature. Each category has a panel of three judges. Online applications are now open; the deadline is Sept. 14.

Opens tonight (Thursday, Aug. 27) at the Grain Belt Warehouse: Dark & Stormy’s production of “Extremities.” The small, scrappy, nomadic and excellent Dark & Stormy returns to whack us over the head yet again. Expectations are high for their take on William Mastrosimone’s harrowing play, inspired by his conversation with a rape victim. Emily Bridges, Tracey Maloney, Sara Marsh and James Rodríguez star, Mel Day directs. FMI and tickets ($25/$15 under 30). Tonight and Friday are sold out. Through Sept. 19.

Friday at Urban Flower Field: “The Wizard of Oz.” Once the site of Pedro’s Luggage (demolished in 2011), donated to St. Paul by the Pedro family, now a temporary art installation on its way to being the city’s newest park (these things take time), the Urban Flower Field will be a fine place to bring a chair or blanket, maybe order a pizza from Black Sheep across the street, and watch Dorothy dance down the Yellow Brick Road. Even if you’ve seen it a zillion times. At 10th and Robert. The movie starts shortly after sunset. Free.

Friday through Monday at The Museum of Russian Art: “Grand Duchess Elizabeth Feodorovna: Path to Holiness.” The path to holiness is seldom smooth, and it was rough to be a Romanov during the Russian Revolution. The granddaughter of Queen Victoria and a maternal great-aunt of Prince Philip, Duke of Edinburgh, Grand Duchess Elizabeth (Romanov) survived the assassination of her husband, Grand Duke Sergei Alexandrovich, became a nun, was arrested by the Bolsheviks and executed in a particularly grisly manner the day after the tsar and his family were shot. In 1992, she was officially canonized as a martyr. For just four days, TMORA will host an exhibition of 47 photographs of the Grand Duchess and her family and several contemporary photographs of the related memorial sites. The museum is open Mondays. Admission $9. Also on display: samovars, Imperial Porcelain Easter Eggs, and a show of paintings, “Romance in Soviet Art.”

“The Splendid Table” celebrates its 20th anniversary live on stage at the Fitzgerald Theater on Thursday, Oct. 22. For 20 years, host and star Lynne Rossetto Kasper has made us all smarter about food, cooking, and entertaining. She makes everything sound delicious and has saved countless Thanksgiving dinners. And she always sounds as if she’s having the time of her life. She’ll tell stories, pass on recipes and cooking tips, and share the stage with excellent guests: New York Times food columnist Melissa Clark; Food & Wine Top 10 Chef Superstar Enrique Olivera; Argentine chef and grill master Francis Mallmann; and musician-writer Dessa. 7:30 p.m. FMI and tickets ($20-$55). 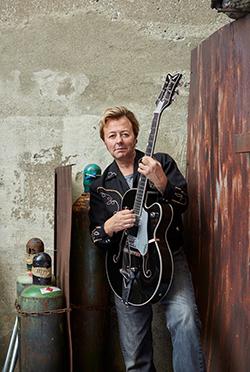 Don’t hate us for pushing Christmas even sooner than the malls, but if you want to see the sure bet Brian Setzer Orchestra Christmas Rocks! Tour when it plays the Orpheum on Saturday, Nov. 14, you might as well buy your tickets when they go on sale Friday at 11 a.m. Then you can check that off your list. Setzer is a Grammy-winning, Stray-Cats-founding Minneapolis resident; this is his 12th annual holiday tour with his orchestra; they just recorded their first new studio Christmas CD in 10 years, “Rockin’ Rudolph,” which will be out in October. Go online or stop by the State Theatre Box Office and avoid service fees. Tickets $53.50-$89.