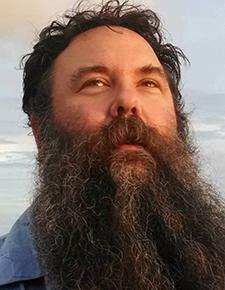 In the Heart of the Beast Puppet and Mask Theatre has a new executive director. On Sept. 5, Corrie Zoll will take over from Catherine Jordan, who has served as interim e.d. since October 2014, following the departure of Loren Niemi. Jordan is retiring from a 41-year career as an educator and arts administrator.

A longtime resident of the Midtown Phillips neighborhood, Zoll has 20 years of experience in arts and nonprofit management as an artist, program director, development professional, community organizer, board member and organizational leader. He has served as development manager for Pillsbury House Theatre and on the curriculum development team for ArtsLab (Arts Midwest). His degrees are in arts and cultural management and theater.

HOBT board president Kirstin Weigmann praised Zoll’s experience, “passion for the arts, understanding of organizational dynamics, commitment to community, awareness of pressing social issues” and “fresh perspective on how this incredible nonprofit can be resilient and successful in the future.”

Founded in 1973 as the Powderhorn Puppet Theatre, HOBT is a Minneapolis institution, best known for its giant puppets and annual May Day Parade. Last August, facing a severe financial crisis, it laid off its entire staff, including founder, artistic director and 2014 McKnight Distinguished Artist Sandy Spieler.

Under Jordan, the theater has turned a corner, getting current with payments, improving internal management and accounting systems, meeting program commitments and planning its 2016 season. Staff is not yet back full-time, but the goal is to end FY 2015 in the black.

In a statement, Zoll said he is “honored and thrilled to have this opportunity to help ensure that HOBT continues to be a vital part of the Twin Cities arts community for another 40 years.”

Twelve emerging Minnesota writers will have the chance to work closely with six nationally acclaimed writers, thanks to the Loft Literary Center‘s annual Mentor Series in Poetry and Creative Prose.

Nonfiction writers Isele Gomez, Elizabeth Homeber, Jody Lulich, and Glenda Reed will be mentored by Carolyn Holbrook and Joni Tevis. Holbrook created and led SASE: The Write Place organization, which merged in 2006 with Intermedia Arts, and designed the Givens Foundation for African American Literature’s writers-in-the-schools program. In 2010, she received the Kay Sexton Award from the Minnesota Book Awards. Tevis’s essays have appeared in The Oxford American and the Pushcart Prize anthology, among others; her first book of nonfiction, “The Wet Collection,” was a finalist for the Minnesota Book Award.

Poets Gabriella Anais Deal-Marquez, Michael Kleber-Diggs, Jeanne Lutz and Sagirah Shahid will work with poets Sean Hill and Sherry Quan. Hill is an award-winning poet whose book “Dangerous Goods” was published by Milkweed Editions in 2014. Quan is the author of two memoirs, including one in verse.

Fiction writers Beth Mayer, Lynda McDonnell, Kasey Payette and James Stephenson will work with mentors Marisha Chamberlain and Cristina Henriquez. Chamberlain is a novelist (“The Rose Variations”), playwright, poet and librettist (her bluegrass Mass, “The World Beloved,” was premiered by VocalEssence). Henriquez is the author of “The Book of Unknown Americans,” a New York Times Notable Book of 2014.

The Loft received more than 200 entries to this year’s mentor series. All the winners and the mentors who chose them will give public readings at the Loft, with dates to be announced this fall.

If you’ve been dying to see the Minnesota Zoo’s new tapir calf, he’ll be on exhibit from 9 a.m. – 10 a.m. daily starting Thursday, Aug. 13. The time will increase as he gets older.

Thursday at Landmark Center: MNKINO Film Score Fest 2015. Pair film with live music and it’s a whole different experience. For the second year, MNKINO, a small arts organization that describes itself as “an excuse for anyone to make a film, and to meet others who like doing the same,” has paired up with Composer Quest, a locally produced podcast, for an evening of new short films and scores performed live by an 18-musician orchestra. This year’s theme (a.k.a. “mystery meat”) is “home,” and the films/scores are all under five minutes. The Metropolitan Regional Arts Council (MRAC) and St. Paul’s Cultural STAR program liked this idea enough to lend their support. This year’s filmmakers and composers hail mostly from Minnesota, but some are from Tennessee, Florida, Pennsylvania, Texas, New York, British Columbia and Taiwan. 7 p.m. – 9 p.m. Free. FMI. 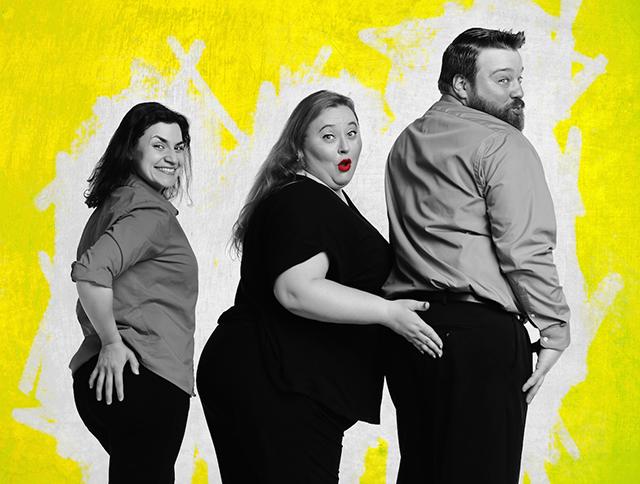 Photo by Dani Werner
“Throwback BNW: Junk from Our Trunk.”

Opens Saturday at the Brave New Workshop: “Throwback BNW: Junk from Our Trunk.” The comedy institution’s fall show is a greatest-hits retrospective of sketches drawn from the last decade – recent faves and classics including “Manstruation,” “Walmart Greeter” and “Pantsuits.” Revisit an old friend or catch up on what you missed. With Lauren Anderson, Matt Erkel, Heather Meyer, Tom Reed and Taj Ruler, directed by Caleb McEwen. Ages 13 and up. 8 p.m. FMI and tickets (opening night $36; regular run $25-$32). Ends Oct. 31.

Ends Sunday at Mia: “Masterpiece in Focus: Raphael.” Small (about the size of a sheet of paper) but mighty (worth $50 million), on loan from London’s National Gallery, Raphael’s “The Madonna of the Pinks” is packing up to leave. She really is a beauty, and between now and Sunday, if you’re in Mia’s neighborhood, you can pop in to see her for free. Remember the museum is open until 9 p.m. on Fridays. 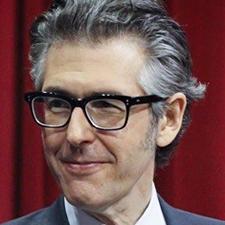 On sale Friday: “Reinventing Radio” at the State on April 9, 2016. Ira Glass, host of “This American Life” (winner of several Peabody Awards and one of the most popular podcasts in America), talks about his show, how it’s made, what makes a good story, and how he and his staff are pushing the boundaries of journalism. Mixing stories with live narration, pre-recorded quotes and music, he re-creates the sound of the show live on stage. Sales start at 11 a.m. online or at the State Theatre Box Office (no fees) at 805 Hennepin Ave. in downtown Minneapolis.