Things aren’t looking good for Bedlam. The nonprofit bar, restaurant and performance space that opened with a splash in May 2014 is in financial straits. In July, they put out a call saying they had to sell 3,000 beers in a single night to raise cash. They did that. Now they need $400,000 by the end of the year — $75,000 by mid-September, the balance by December – or they’ll be forced to close.

Board chair Dan Spock told the Star Tribune’s Graydon Royce, “It’s pretty dire. We’ve been struggling with cash flow for more than a year. … [A] healthy organization has to have a cash reserve, and this is a hard lesson we had to learn.” The City of St. Paul and big granters like McKnight and ArtPlace supported what seemed like a good bet: an organization with a history of success in its former home on the West Bank, and the special sauce of location, location, location: a street-level storefront in Lowertown, right on the Green Line, across from Union Depot and near the new Saints stadium.

Bedlam co-founder Maren Ward told the Pioneer Press’ Ross Raihala, “Can we pull through? Yes, we can. But will we is a different question. It hinges on enough people wanting to see that happen. We only want to be here if people want us here.” And match that desire with their dollars.

On a brighter note, Ragamala Dance Company has received a $200,000 Doris Duke Charitable Foundation Leadership Grant for Dance. This new initiative from one of our favorite grantors (Doris Duke is also a major supporter of jazz and theatre artists) supports “the self-defined, long-term goals of organizations that have demonstrated excellence in and sustained commitment to the field of dance.”

Of the 18 grantees, who each received awards ranging from $200,000 to $1 million, only two are located in the Midwest; the other is Hubbard Street Dance Chicago. The million-dollar grantee is the Mark Morris Dance Group in Brooklyn. They’ll be in Minneapolis on March 30 as part of the 2015-16 Northrop Dance season.

Three Minneapolis-based choreographers and dance companies have received National Dance Project Awards from the New England Foundation for the Arts. The awards, announced in late July, support the creation of new dance works that will tour the U.S. The Minneapolis grantees are Aparna Ramaswamy and Ragamala Dance, Emily Johnson and Catalyst, and Morgan Thorson. 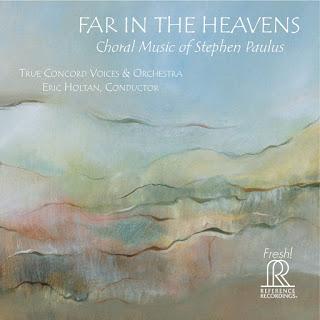 An album of recently composed, previously unrecorded works by St. Paul composer Stephen Paulus will be released Sept. 11 by Reference Recordings. “Far in the Heavens: Choral Music of Stephen Paulus” includes two works that were commissioned and premiered by True Concord Voices & Orchestra: “The Incomprehensible,” written for their fifth anniversary season in 2009, and “Prayers and Remembrances,” for the tenth anniversary of 9/11.

If you’re in New York City on Sept. 11, True Concord is performing “Prayers and Remembrances” that night at Lincoln Center’s Alice Tully Hall. FMI and tickets. Hear a sampler from the recording at the Reference Recordings site.

Paulus supervised the recording in Tucson, Arizona, six weeks before suffering a major stroke in July 2013. Paulus died in Oct. 2014.

Tonight (Thursday, Sept. 3) in the Northeast Minneapolis Arts District: First Thursday. The monthly open studio and gallery tour of the “Best Art District in the USA TODAY.” Find participating artists all over: in the Casket Arts Building, Northup King Building, Solar Arts Building and more. Start with happy hour at the Red Stag or end up there for late-night music, 5 – 9 p.m. FMI. Free.

Friday at Open Book: McKnight Poetry Fellows Reading. In May 2014, Sun Yung Shin, Carolyn Williams-Noren, Sierra DeMulder and Danez Smith were announced as the 2014 McKnight Fellows in Poetry. Let’s hear what they’ve been up to since then. 7 p.m. in the Performance Hall. FMI. Free.

Saturday at the Minnesota Renaissance Festival: Minnesota Torch Eater Tries for Second World Record. Bret “The Axe” Pasek grew up in Minneapolis and could have gotten a job like a normal person. But noooo. He eats fire for a living. “I actually started in my garage,” he admits in a video, “having my brother standing there with a fire extinguisher.” Now a member of the Twin Cities-based Fandazzi Fire Circus, Pasek set the Guinness World Record in 2014 by extinguishing 99 torches in his mouth in 60 seconds. This year he’s going for the most torches in 30 seconds. We’re guessing he’s not a butterfingers. 4:30 p.m. at the Uber Fire Show. Ren Fest information and tickets here. Discount tickets at Papa Murphy’s, Subway and Wendy’s. 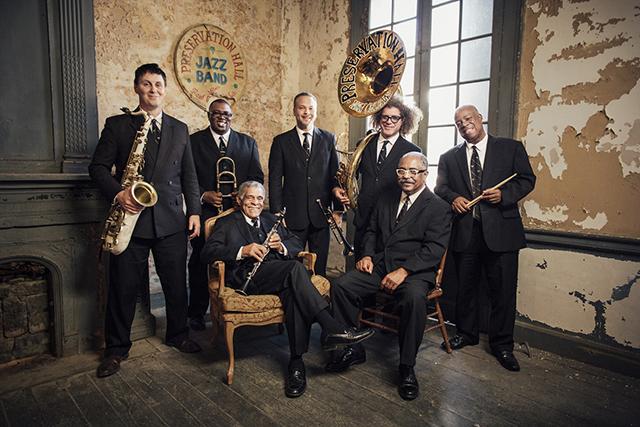 Saturday at the Minnesota State Fair Grandstand: The Avett Brothers and Preservation Hall Jazz Band. We don’t know the Avett Brothers from the Olsen twins, which won’t surprise even intermittent Artscape readers. (We lean more toward classical, jazz and new music.) But we do know and love Pres Hall, the legendary New Orleans institution. Deeply rooted in their city’s music and traditions, the band is also of the moment, working with Dr. John, Del McCoury, the Black Keys, Steve Earle, and Angelique Kidjo. In 2013, they released their first-ever album of all-original music, the rousing and joyful “That’s It!” And we hear the Avett Brothers are pretty good, too. 7:30 p.m. FMI and tickets ($45/$35). If you miss Pres Hall at the Fair, they’ll be back in March for their own show at Orchestra Hall.

Jonathan Franzen’s new novel, “Purity,” came out Tuesday, Sept. 1, and he’ll be here to talk about it with NPR’s Kerry Miller on Tuesday, Sept. 15, and launch the 16th season of Talking Volumes. Franzen, a Pulitzer Prize finalist, National Book Award winner, and author of the bestsellers “Freedom” and “The Corrections,” is known for being outspoken, so we can expect a lively conversation on stage at the Fitz. Doors at 6 p.m., event at 7. This year, for the first time, all seats are reserved. FMI and tickets ($25).