Dark & Stormy’s “Extremities” is not a fun night at the theater. It’s not even at a theater. The young company’s latest production is in a room at a Northeast Minneapolis warehouse. You follow a series of taped-up signs through a door, through a fire door, up three flights of stairs and down a long hallway. There’s an elevator, but no escalators. No lobby. No gift shop.

Mixed Blood has Radical Hospitality; Dark & Stormy has Reliable Unpredictability. Six seasons in (the company staged its first play in late summer 2012), it’s impossible to guess what it will do next, with whom or where. But we have learned to count on three things: a taut production, a strong cast and a play you won’t see every day.

Just one of its plays to date has been a comedy; the rest have been, well, dark. “Extremities,” William Mastrosimone’s 1982 off-Broadway play about sexual violence, power, manipulation, revenge and uncertainty, is also stormy. And it doesn’t waste a second. Within the first five minutes, it’s clear that Raul (James Rodriguez), who has walked through an open door into Marjorie’s (Sarah Marsh) home, is not looking for a guy named Joe, as he at first claims. The physical attack that follows, choreographed by Annie Enneking, is dead serious. (The audience is seated in an L-shape at the very edge of the stage area.) By the time Marjorie’s roommates Terry (Tracey Maloney) and Patricia (Emily Bridges) arrive, the tables have turned and what to do next consumes the rest of the play.

Maybe you’ve seen the 1986 movie with Farrah Fawcett and you know the story. (We don’t do spoilers, so we’re not going to spell it out here.) Maybe you’re wondering if a 30-plus-year-old play about sexual assault still matters. Sexual assault remains a problem, a huge problem, but haven’t attitudes changed in three decades? Aren’t we smarter, more sensitive, more concerned with justice and less likely to blame the victim? We asked Marsh, who is also Dark & Stormy’s founding artistic director, why this play, why now? She thinks it’s every bit as relevant and immediate as it was in the 1980s.

If anything, it may be less controversial. Today we’re used to seeing rape on TV as part of a storyline. “Game of Thrones,” “Mad Men,” even “Downton Abbey” have gotten into the act. The phrase “rape culture” is part of our national vocabulary. According to the Rape, Abuse & Incest National Network (RAINN), most sexual assaults are never reported to the police; of those that are, 98 out of 100 rapists go free. (BTW these are the same depressing stats Mastrosimone cited in 1984 in his essay “The Making of Extremities.”) So yes, the play still has much to say.

Mastrosimone wrote “Extremities” after meeting a rape victim whose life had been shattered – first by the rape, then by the humiliation of the trial (which ended in the case being dismissed), then by fear. She told him about a moment when she realized she could have hurt her attacker but didn’t. “I should have acted,” she said. If you see “Extremities,” which is smartly directed by 25-year-old director Mel Day, you may wonder why it’s 80 minutes long instead of, say, 20 minutes. Raul is a loathsome, evil man. But even Marjorie’s roommates are confused and conflicted, and Terry in particular should know better.

“Extremities” can get melodramatic, and there are times when you want to shake all three of the women for acting crazy, but who wouldn’t act crazy in such dire circumstances? Is there really one right thing to say or do? Can you ever be certain of the outcome? The acting is so solid, the staging so convincing you forget you’re in a warehouse. It’s another fine production from a company that sets its own bar high, takes risks, and doesn’t much care about making us comfortable. We also like being amused and entertained, but when we’re unsettled this skillfully, we’ll take it.

Through Sept. 19 at the Grain Belt Warehouse. Presented in partnership with Artspace. FMI and tickets ($30/$15 under age 30).

Tonight (Tuesday, Sept. 1) at Subtext Books: Tim Jollymore presents his novel “Observation Hill.” Crime fiction set in 1960s Duluth, by an author who grew up in northern Minnesota and earned his master’s in literature at the U of M. He lives in northern California now, but we’ll try not to hold that against him. 7 p.m. Free.

Wednesday at the Fair: The Minnesota State Fair Tour with Peter Haakon Thompson. Join Common Room, the series of interactive art events hosted by Andy Sturdevant and Sergio Vucci, and Thompson, co-founder of Art Shanty Projects, for  a tour of the Fair through an artist’s lens. Come for the whole day or pop in and out. Meeting times and locations will be posted to social media throughout the day on the Soap Factory event page. 11 a.m. – 10 p.m.  Since this wasn’t live at the time of writing, start by checking here and we’ll update if we learn more.

Wednesday at the Fair: Read & Ride Day. Deep fried books? Books smothered in sriracha sauce? Anything is possible; it’s the Fair. From 9 a.m. – 5 p.m., stop by Carousel Park and hang out with people from SubText Bookstore, Sisters in Crime, and Rain Taxi Review. Meet a mystery writer, schmooze with poets, get a book signed by Dessa. Show a valid library card for reduced admission.

Now at the Children’s Theatre Company: “Akeelah and the Bee.” The first theatrical adaptation of the critically acclaimed film inspired by the Scripps National Spelling Bee. Directed by Broadway’s Charles Randolph-Wright (“Motown the Musical”), adapted from the original screenplay by Cheryl L. West (“Lizzie Bright and the Buckminster Boy”), with Johannah Easley as 11-year-old Akeelah, James A. Williams as her mentor, Dr. Larabee, Greta Oglesby as Batty Ruth, Aimee K. Bryant As Akeelah’s mother, Gail, and Nathan Barlow as her brother, Reggie. Through Oct. 11. Grades 3 and up, FMI and tickets ($10-$58).

Saturday at Alexis Bailly Vineyard in Hastings: “Alcina’s Island: A Picnic Operetta.” For the next few weeks, we should all do as many things outdoors as humanly possible. Like, for example, go to an opera in a park or garden, with food.  Mixed Precipitation Theatre has the right idea: combine Handel’s 1936 opera “Alcina” with truck-driving country anthems by Dave Dudley, Red Simpson, George Jones and Tammy Wynette, then add a tasting menu. And keep it all under an hour and a half. Directed and adapted by Scotty Reynolds, with soprano Carolyn Cavadini as Alcina. 2 p.m. Closer to the city, there’s a performance on Saturday, Sept. 12 at 4 p.m at Eat Street Community Garden. Here’s the complete schedule. Suggested donation $10-$20. Through Sunday, Sept. 20, various locations. Reservations recommended.

On tour now with a triple-album debut appropriately titled “Epic,” saxophonist-composer Kamasi Washington is the hottest name in jazz. You can hardly pick up a newspaper, visit a website or tune into NPR without encountering his name and his music. “An Inglewood saxophonist might have made the best jazz record of the year,” says LA Weekly. “Banging, booming, swinging, defiantly modern music with runaway-train momentum,” trumpets the Los Angeles Times. Pitchfork calls Washington “unusually well poised to secure the attention of listeners who have previously been uninterested in jazz.” In other words, he’s a miracle worker. This show was announced a while back, the Current is one of the presenters, and we’re shocked, shocked there are any tickets left. 9 p.m. doors, 10 p.m. show at Icehouse. FMI and tickets ($22 advance/$25 door). 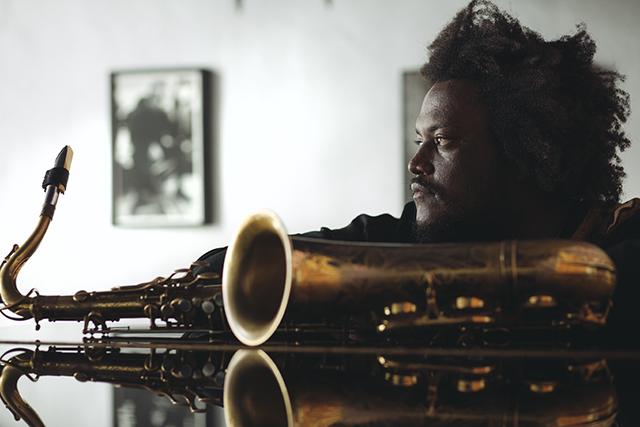