The setting is grand, the speakers and topics timely and interesting, the mission noble: “to engage the public in reflection and dialogue on the key issues of our day from an ethical perspective.” What, no shouting and name-calling? Not at the Westminster Town Hall Forum.

Begun in 1980 by Westminster Church members Paul and Diane Neimann, the series has so far brought in more than 250 speakers, including Archbishop Desmond Tutu, Elie Wiesel, Marian Wright Edelman, Salmon Rushdie, Cornel West, and Gwen Ifill. It’s smart, thought-provoking and always free. If you can’t be there in person, you can listen on MPR.

This year’s lineup gets off to an animated start (sorry) with Bloomington native Pete Docter, a film director, animator, screenwriter and voice actor at Pixar whose latest release, “Inside Out,” is a journey into the mind and emotions of a young girl (and a strong candidate for an Oscar Best Picture nomination). Docter’s other films include “Toy Story,” “Up” and “Monsters, Inc.” They are so good. His topic: “Inside the Creative Community: The Power and Process of Animated Film.” Clips, please. Sept. 28, 7 p.m.

On Oct. 1 at 7 p.m., Tavis Smiley — author, publisher, social justice advocate, and host of his own late-night PBS talk show and public radio program – will speak on “No One Left Out: Creating Communities of Justice.” On Friday, Oct. 2 at noon, Dan Buettner, author of the best-selling book “The Blue Zones: Nine Lessons for Living Longer from the People Who’ve Lived the Longest,” will give a talk titled “Blue Zones City: Living Like the World’s Healthiest People.”

On Oct. 13 at 7 p.m., Patrick Kennedy, son of Sen. Ted Kennedy and former member of the U.S. House of Representatives, will speak on “The Pain of Mental Illness and Addiction: A Personal Journey.” On Oct. 29 at noon, electoral politics expert Jennifer Lawless will give a talk provocatively called “Running from Office: Why Young Americans Are Turned Off to Politics.” On Nov. 19 at noon, the final speaker in this year’s series, historian, author, and national security expert Andrew Bacevich will address “The Indispensable Nation? America’s Role on the World Stage.” FMI.

Thanks to our large and thriving theater scene, we have many opportunities to see finished, polished, professionally produced plays on stages large, small and temporary. Thanks to the 44-year-old Playwrights’ Center, we can also watch plays take shape before our eyes. There’s something special about a work in progress, something vulnerable and brave and cheeky.  It’s a shared risk, like a first date.

The Playwrights’ Center has announced its 2015-16 season of free public readings of plays in development, to be presented in two groups: the PlayLabs (Oct. 12-18) and the Ruth Easton New Play Series (December-April). All are written by the Center’s Core Writer playwrights, artists from across the country who are given time and tools to develop new work for the stage. The staged readings feature top local and national actors and design elements.

More than 75 percent of PlayLabs plays from the past 10 years have gone on to production. This year’s plays are “Small Town Values” by Kathryn Walat, a love story about the passage of time (Oct. 12 and 16), “Halftime with Don” by Ken Weitzman, about a retired NFL player with a ravaged memory (Oct. 13 and 17), and “The Hidden People” by Joe Waechter, a mash-up of creation myths (Oct. 14 and 17). FMI.

Four plays recently seen in the Easton series have productions coming up at theaters in New York, Chicago, Massachusetts, and Austin, Texas. The 2015-16 Ruth Easton plays are “Scientific Method” by Jenny Connell Davis, a serio-comedy about sex, science and survival of the fittest (Dec. 7-8), “ENCYCLOPEDIA” by Rachel Jendrzejwski, an investigation of grief (Jan. 11-12, 2016), “Seek” by Susan Soon He Stanton, a fictional retelling of the real-life disappearance of Agatha Christie (Feb. 1-2), “California Love” by Alice Tuan, a meditation on surfing existence (March 7-8) and “A Guide for the Homesick” by Ken Urban, in which two strangers, one an American aid worker, replay their pasts and confess their shared fear that they betrayed the people who needed them the most (April 4-5). FMI. 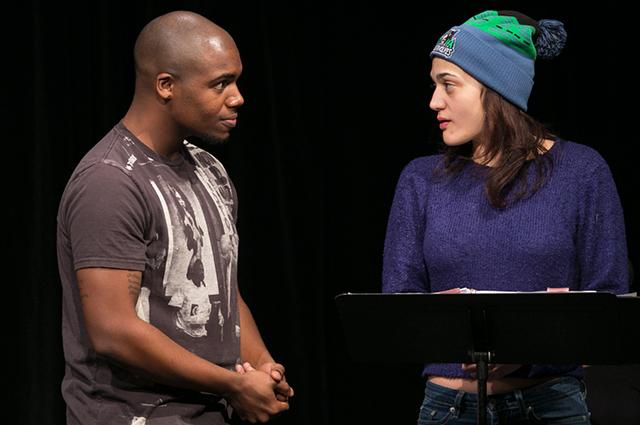 Opens tonight (Friday, Sept. 4) at the Jungle: “Annapurna.” For the regional premiere of Sharr White’s play about love and loss, director and designer Joel Sass has filled the Jungle’s small stage with a life-size house trailer. Terry Hempleman and Angela Timberman star.  8 p.m. Through Oct. 18. FMI and tikets ($28-$48).

Tonight through Sunday at Paisley Park: Three-Day International Dance Party. Cancel those Labor Day cabin plans (you can pull the boat out later) and head for Prince’s place in Chanhassen, where you’ll hear music from his new album “HITNRUN” (to be released only on Jay-Z’s new streaming service, Tidal). Also promised: DJ Kiss, live music, food & beverage, and “advance listening,” which could mean anything. The Star Tribune’s Chris Riemenschneider thinks the $40 ticket price is a sign that Prince might perform, but there’s never a guarantee. 7847 Audubon Road (Highway 5). 9:30 p.m. all three nights. Tickets at the door. First come, first served. BTW the best way to track what Prince is up to, unless you’re Jon Bream or Andrea Swensson, is through his Twitter feed.

Friday at the Dakota: Jon Weber: From Joplin to Jarrett. Host of NPR’s “Piano Jazz with Jon Weber,” a regular at the Twin Cities Jazz Festival, the brilliant New York-based pianist will bring his vast knowledge and steel-trap brain for facts, figures, names and dates to the Dakota stage. You will be regaled, enlightened, amazed and entertained. 8 p.m. $15 at the door. FMI. 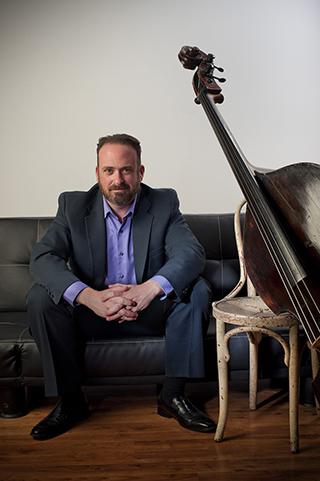 Saturday at Vieux Carré: Adam Booker “Unraveled Rival” CD release. The latest release on the Twin Cities label Shifting Paradigm Records is also the first for Duluth-based bassist Adam Booker, an assistant professor in the UMD jazz studies program. He’ll be joined at VC by fellow UMD professor Ryan Frane on piano and Twin Cities players Pete Whitman on saxophone, Adam Meckler on trumpet, Zacc Harris on guitar and Pete Hennig on bass. We’ve been enjoying the new album a lot – five swinging original tunes bookended by Booker’s takes on Joe Zawinul’s “Birdland” and the Marvin Gaye song “What’s Going On.” This will be a solid night of straight-ahead jazz downstairs in St. Paul. 9 p.m. $10 cash at the door.

‘Inside Out’ director Pete Docter to speak first in Westminster series; ‘Annapurna’ opening at Jungle