Goodbye, Composer Conversation Series; hello, Music in the Making. The SPCO, Classical MPR and the American Composers Forum (ACF) have announced a new series of public talks featuring prominent composers in town for various events from November through June. Hosted by Classical MPR’s Steve Seel and the Walker’s Philip Bither, the new series shifts its focus from composition to music-making as a whole. Honestly, we don’t care what they call it as long as they keep making it available. 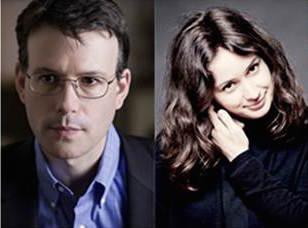 Here’s the schedule and why the composers will be here. Wednesday, Nov. 4, in MPR’s UBS Forum: Michael Hersch with violinist Patricia Kopatchinskaja. The SPCO will be presenting the world premiere of Hersch’s Violin Concerto, commissioned by and for the orchestra and SPCO artistic partner Kopatchinskaja. Wednesday, Jan. 20, at the Amsterdam: Derek Bermel. The SPCO will be performing Bermel’s “Murmurations,” an SPCO co-commission. Thursday, April 14, at the Walker’s McGuire Theater: Meredith Monk. Monk’s Vocal Ensemble will be performing “The Soul’s Messenger: Celebrating 50 Years of New Music” at the O’Shaughnessy. Monday, June 13, at the Amsterdam: Steven Mackey with composer/percussionist Jason Treuting and director Mark DeChiazza. A prelude to Liquid Music’s world premiere of the wordless opera “Orpheus Unsung.” As always, these events are free, but reservations are encouraged. All are at 7 p.m.

Joe Dowling, the Guthrie’s recently retired artistic director, won the Lifetime Achievement Award at this year’s Iveys, the sold-out, glittering theater love fest that took over the State Theatre Monday night. Mikell Sapp – the young Alabama-born actor seen in Mixed Blood’s “Pussy Valley,” Penumbra’s “The Ballad of Emmett Till,” and Pillsbury House’s “Marcus; or the Secret of Sweet,” among others – received the Emerging Artist Award. 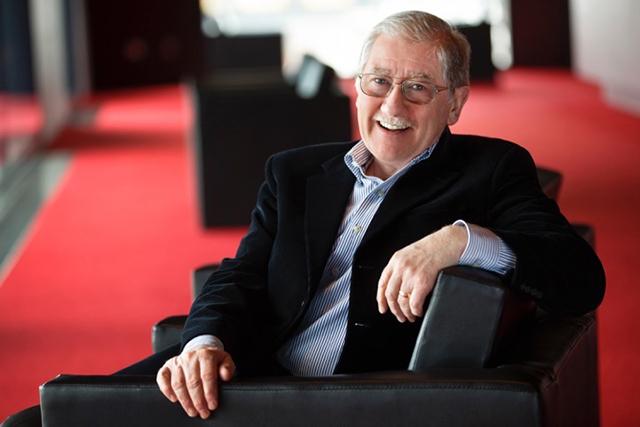 Those are the only two fixed honors at the flexible Iveys, where recipients are chosen by volunteer theater evaluators and the general public, and other award categories change from year to year. There are no nominees. So you never quite know who’s going to win, or for what.

Three productions were recognized: Walking Shadow Theatre Company’s “Gabriel” and Open Eye Figure Theatre’s “Nothing Is Something,” both for overall excellence, and Live Action Set’s “Crime and Punishment” for production design.

Did you miss the Iveys? So did we. For the first time ever, we can all catch the show, plus pre-event activities and behind-the-scenes interviews, this Sunday, Sept. 27, from 7-9 p.m. on CW23, the CW network’s Twin Cities affiliate.

Tonight (Wednesday, Sept. 23) at the Dakota: Lizz Wright. Maybe you saw this elegant, exceptional singer at an earlier Dakota date, or with the Minnesota Orchestra in 2010. Maybe you know her first three albums, “Salt,” “Dreaming Wide Awake” and “The Orchard.” Her music so far has included jazz, soul, Southern gospel, folk-jazz, and pop. (Her version of “Presence of the Lord” tops Blind Faith’s, in our humble opinion.) Just out on Concord, produced by Larry Klein, her latest, “Freedom & Surrender” is an album of love songs, sung in her luxuriant, smoky contralto. It’s swinging, sophisticated and sexy. Whew.  7 p.m. FMI and tickets ($50). 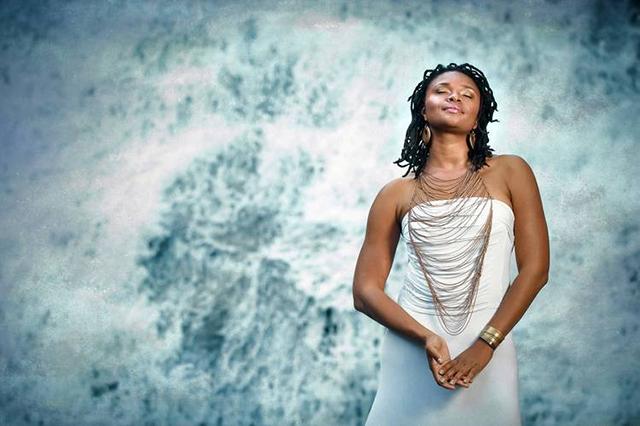 Thursday and Friday at Hopkins Center for the Arts: Pen Pals: Judy Blume in conversation with Nancy Pearl. Champion of literary freedom, enemy of censorship, truth-teller to children and young adults, bestselling author of 28 books including  “Are You There God? It’s Me, Margaret,” Blume will speak with “rock star librarian” and author Nancy Pearl (“Book Lust”), and how can this not be fabulous? 7:30 p.m. Thursday, 11 a.m. Friday. FMI and tickets ($40/$50). All audience members will receive a signed copy of Blume’s latest book for grownups, the New York Times best-seller “In the Unlikely Event.” 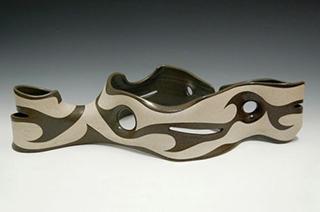 Friday at Northern Clay Center: Opening reception for “Out of the Labyrinth: Contemporary Mexican Ceramics.” Most of us have seen traditional Mexican ceramics (and may even own a piece or two of painted Talavera ware). Curated by Robert Silberman, with work by nine contemporary artists, this exhibit promises to be an eye-opener. Reception 6-8 p.m., free and open to everyone. Through Nov. 8.

Saturday at The Museum of Russian Art: “Faces of War: Russia in World War I (1914-1918)” opens. The first multimedia exhibition to be co-organized with the Russian Ministry of Culture features images and documentary footage drawn from Russian archives and museums and collections from seven countries. Expect it to be sobering; the focus is on the fate of Russia’s military during the war. The opening reception is sold out but the exhibit is up through March 13. TMORA is one of those rare museums that is open daily, including Mondays.

On sale Friday, Sept. 25, at 10 a.m.: “All Is Calm: The Christmas Truce of 1914.” Cantus is no longer part of what has become a Twin Cities holiday classic, but Peter Rothstein is still director, and Erick Lichte, who created the original musical arrangements with Timothy C. Takach, is music director for the 2015 production. There’s a new 12-member cast of area actor/singers. Dec. 16-Dec. 20 at the Pantages. Tickets online ($28/$39 adults, $18/$27 students) or at the State Theatre box office (no fees).

Music in the Making to feature prominent composers; Mexican ceramics at Northern Clay