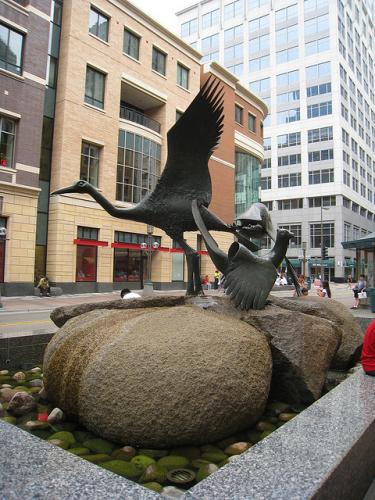 On Friday, the Minneapolis City Council will vote on a proposed ordinance to lock in annual funding for public art in the city. If approved, 1.5 percent of the city’s annual net debt bond will go to the creation of new public art and the conservation and maintenance of existing public art, starting with the 2017 city budget. The proposal cleared a committee last Thursday in a 5-0 vote.

The net debt bond is a funding source in the capital budget that is supported by property taxes. Because that number changes from year to year, so will the actual amount of public art funding, but the percentage will remain the same.

In late 2014, Mayor Betsy Hodges zeroed out funding for public art in her 2015 budget. Her decision was not popular among artists and others who care about such things. Council members Elizabeth Glidden (Ward 8) and Kevin Reich (Ward 1) coauthored the proposed ordinance, which is supported by the Minneapolis Arts Commission.

In 2009, St. Paul passed a public art ordinance that requires 1 percent of money spent on eligible public projects to be used for public art. Two dozen other American cities have dedicated funding to public art projects.

The Minneapolis Arts Commission, which oversees the city’s Art in Public Places program, has prepared a form you can use to get in touch with your City Council representative and express your support for the ordinance.  Nine votes are required for approval; the council has 13 members.

It’s happy news when a play proves so popular that a theater extends it beyond the original closing date. (And lucky when all the parts and pieces – the space, the cast and the supporting crew – are still available.) At the moment, Minneapolis has two plays in extended runs.

The Guthrie has added eight performances of “To Kill a Mockingbird,” Christopher Sergel’s play based on Harper Lee’s Pulitzer Prize-winning novel. Originally set to end Oct. 18, it continues through Sunday, Oct. 25. FMI and tickets ($15-$74).

On Monday, Oct. 19, a non-performance night, the Guthrie hosts a panel discussion called “The Meaning in ‘Mockingbird’: Putting a Classic in the Continuum of Civil Rights, Race Relations and Social Justice.” Panelists so far are Joseph Crespino, the Jimmy Carter Professor and Chair of the Department of History at Emory University in Atlanta, and William D. Green, associate professor and Sabo Senior Fellow in the Department of History at Augsburg College. 7:30 p.m. in the Wurtele. Free, but tickets are required. Reserve by calling the box office at 612-377-2224.

Tonight (Thursday, Sept. 24) at Mia: “Art Illuminating Human Rights: Conversation on Race and Civil Rights.” The first of three events where Mia is partnering with the Advocates for Human Rights. A 6 p.m. gallery talk about arts and civil rights, followed by a 7 p.m. conversation between Jonathan Odell, author of “Ms. Hazel and the Rosa Parks League,” and Duchess Harris, Macalester College chair of American Studies. Free, but space is limited and reservations are recommended. FMI and link to reservations.

Tonight through Sunday at the Walker: Sarah Michelson: “tournamento.” The Walker’s performing arts season begins with the world premiere of a commissioned work by a choreographer with whom it has had a decade-long relationship, and those are always fruitful. Michelson’s previous commissions include “Daylight (For Minneapolis)” (2005) and “Devotion” (2011). For all four evening performances, which start at 7 p.m., onstage seating is ticketed ($28/$24) and auditorium seating is free. During Michelson’s residency, the McGuire Theater opens each day at 4 p.m.; onstage seating is $1, auditorium seating is free. We don’t know what will happen during the afternoons, but it won’t cost much to find out. FMI and tickets. 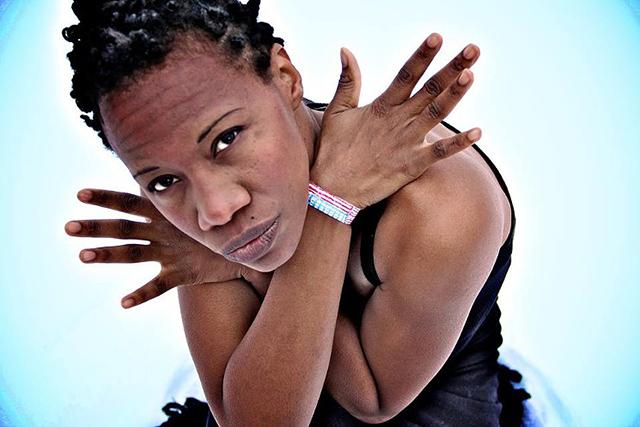 Tonight through Sunday in the Guthrie’s Dowling Studio: A Freestyle Theatre Production of “U/G/L/Y.” We saw this in its first iteration at Intermedia Arts in January and it was riveting. Theater artist and activist Shá Cage, who earlier this week won an Ivey for her solo performance in Frank Theater’s “Grounded,” inhabits multiple roles in her 80-minute examination of cultural, generational and personal definitions of beauty, incorporating movement, video and music by violinist Kate Pehrson. “U/G/L/Y” is the second play in a trilogy Cage is developing with her husband, director E.G. Bailey. This is her first performance at the Guthrie of her own work, and we’d bet large that it won’t be her last. Tonight is a preview, tomorrow is opening night. The five performances include two matinees. 7:30 p.m. and 1 p.m. FMI and tickets ($12-$22).

Tonight through Sunday at the Illusion Theater: “Always and Forever.” The concert version of the musical revue that played to SRO crowds for more than three months in 1996. Created by Richard D. Thompson, Sanford Moore and Garry Q. Lewis, set in a 1970s urban neighborhood barbershop, starring Julius C. Collins III, Dennis Spears, Gevonee Ford and Isaiah Cummings, it explores the ups and downs of love through the eyes of four African-American men and songs by the Jackson Five, Marvin Gaye, Stevie Wonder, Earth, Wind and Fire, and more. 8 p.m. Thursday-Saturday, 7 p.m. Sunday. FMI and tickets ($25-$40).

Friday at SooVAC: Opening reception for “Collect Call 2: Exploring Art Patronage.” Have you ever wondered what (other) local art collectors collect? Art on a personal level, this show features works from the private collections of Todd Bockley, Jay Coogan, Masami Kawazato, Benjamin Meents and Chet Richie, Dr. Herman J. Milligan Jr., Eric Recktenwald, Kevin S. Ringdahl and Randy Cernohous, Robyne Robinson, Michael Sammler-Jones and others. Many pieces were acquired directly from the artists and have not been viewed in a public exhibition. 6-9 p.m. FMI. Free. Through Oct. 24. 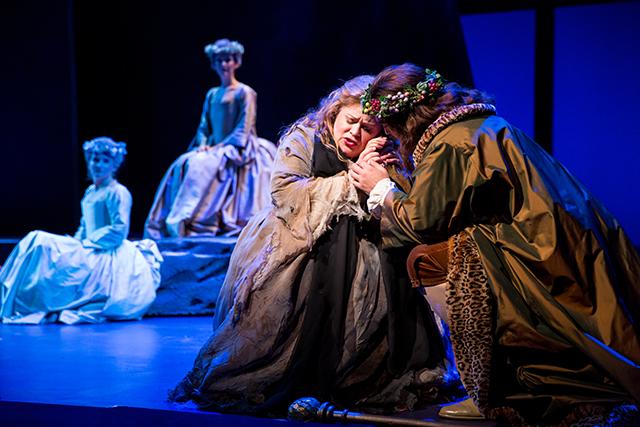 Saturday at the Ordway: Opening night for Minnesota Opera’s “Ariadne auf Naxos.” The Minnesota Opera last presented Richard Strauss’ multilayered work 28 years ago, in 1987. The premise is gloriously silly. Wanting to impress his friends, the richest man in town throws a party with two forms of live entertainment: an opera based on the Greek myth of Ariadne and a musical comedy by a commedia del’arte troupe. To ensure that both shows end in time for fireworks at dusk, the host insists they take place simultaneously. In other words, a mash-up. Set in modern times in an upscale condo in downtown Minneapolis (look for clues), conducted by the excellent Michael Christie, who returns for his fourth season, the whole thing is 2½ hours long, including intermission. Soprano Amber Wagner – who has been a resident artist at the Chicago Lyric Opera and a frequent performer at the Met – makes her Minnesota Opera debut as the Prima Donna/Ariadne, one of her signature roles, opposite tenor Brian Jagde as the Tenor/Bacchus (Jagde was Matteo in 2013’s “Arabella,” also by Strauss). Erin Morley makes her Minnesota Opera debut as Zerbinetta, leader of the commedia del’arte troupe. And Alan E. Hicks makes his debut here as director of a production he helmed in Seattle. Yes, there are fireworks at the end (not actual, in-the-Ordway fireworks, but convincing). It all sounds like a blast and a great way to kick off 2015-16. 8 p.m. Saturday, with three more performances after: Thursday and Saturday, Oct. 1 and 3, at 7:30 p.m. and Sunday, Oct. 4, at 2 p.m. FMI and tickets ($25-$200). Sung in German, with English supertitles.