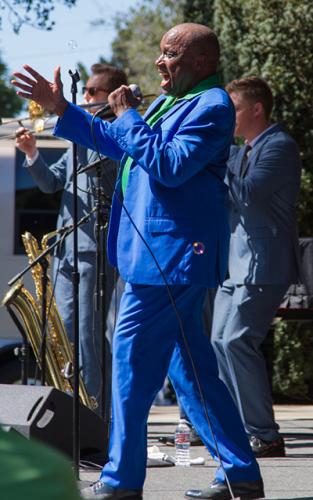 It’s not enough to be offered a second chance. You have to reach out and grab it. And if you’re a 67-year-old soul belter, you have to be willing to strut and sweat, jump on and off buses and planes, and perform for crowds of thousands in faraway places. “It’s scary at first because you gotta go out and get ’em,” Sonny Knight says, remembering a show in Barcelona. “Once you get ’em, the whole crowd starts moving, and then it gets easy.”

In 1965, Knight was Little Sonny Knight, a 17-year-old Minneapolis soul singer with a 45 rpm single, “Tears on My Pillow,” recorded with his group the Cymbals. Then came the Army, 13 months in Korea, and Vietnam, where he saw combat. “I volunteered,” Knight says. “A young man crazy in the head, thinking he’ll live forever. But I got through it and made it back to the States.”

He spent part of the ’70s with the Minneapolis-based, bell-bottomed R&B band Haze. When they broke up in the early ’80s, Knight thought he’d had enough. “I gave up on it and said I’m not gonna pursue that because I need to make some money, so I went out and drove a truck.” That became his full-time job for years.

Meanwhile, Eric Foss and Cory Wong were being born and growing up and going to McNally Smith and starting an indie record label called Secret Stash. In late 2012, they released the double album “Twin Cities Funk and Soul: Lost R&B Grooves from Minneapolis/St. Paul 1964 to 1979.” An irresistible compilation of vintage tracks, it captured the “Minneapolis sound” pre-Prince and became a smash hit. A live soul revue followed, featuring music and musicians from the record, with sold-out shows at the Cedar and the Current’s birthday party at First Avenue.

Knight wasn’t on that album, but he sang with the Valdons at the Secret Stash shows. Foss, a drummer, noticed Knight’s powerful voice and magnetic stage presence. He did the only sensible thing: form a seven-member band, heavy on the horns, and put Knight front and center, with room to dance.

Sonny Knight and the Lakers released their first single, “Hey Girl/Sugarman,” in late 2013 and an 11-song album, “I’m Still Here,” in early 2014. They hit the road and the airport runways, touring the U.S. and Europe, perfecting their set and their show.

In December, over two nights at the Dakota, they recorded the double album “Do It Live,” which came out June 23 of this year. The Dakota let the label drill holes in the walls of the green room to run cables for a live feed. Touring behind “Do It Live” took Knight and the band to Omaha, Madison, Stillwater’s Square Lake Festival, Chicago’s City Winery, the Minnesota State Fair and the Monterey Jazz Festival in California, the world’s longest continuously running jazz festival, where we caught up with Knight last Saturday before an afternoon performance that drew a huge crowd.

MinnPost: All those years you drove a truck – were you still singing?

Sonny Knight: I did, a lot of time – doo-wops and stuff like that. Driving around the country, I’d stop in Oklahoma City. There’s this karaoke place right across the street from the truck stop, and I’d go in there and sing, and dudes asked me, “Man, what are you doing driving a truck?” I’d go out to Washington State and a truck stop there, and they had karaoke, so I’d sing there. I’d listen to a lot of music, and I guess maybe that’s how I kept things going on inside of me.

MP: You love to sing.

My grandmother, back when I was a kid, used to take me to church a lot, and I had no choice but to go. But then I saw the gospel groups singing and quartets singing and stuff like that, and I really liked what they were doing, so I would try to imitate that. 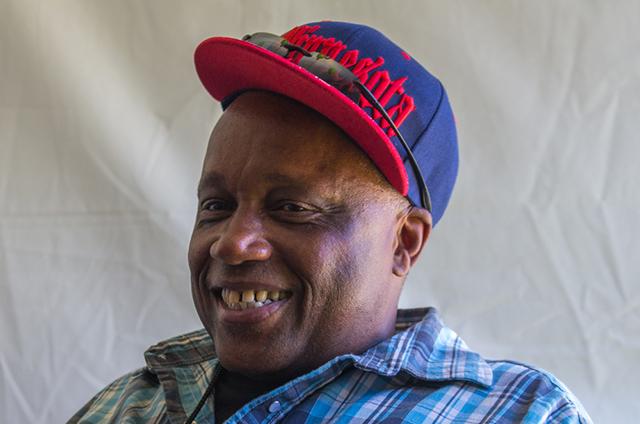 Photo by John Whiting
Sonny Knight: “I like to make people happy. I like to see people happy with something that I can give to them. It makes me feel good, so it’s a blessing.”

I listened to a lot of records by the Five Blind Boys, the Highway QC’s, Mighty Clouds of Joy. Sam Cooke was a big influence back in the day. We had some records of his, and B.B. King and different things like that, so I kinda rounded myself out in that genre of music.

MP: Did you ever think this would happen to you – this moment – when you’re about to play the Monterey Jazz Festival?

SK: I wanted it to, but I didn’t put a lot into it. I had been with other groups, and it just seemed like it was really hard to get anything going because once you put in the time with certain guys, all of a sudden it fizzles and dies because of animosities, or something happens inside the group and the group breaks up. So how can you get a deal with a record label and stuff? That’s when I went out and drove truck, but I still kept it in my heart.

MP: You were in Europe last year.

SK: We did six cities in Spain. We flew into Barcelona and we played Zaragoza, Cantabria – I can’t think of the others. We had gigs in France. Then we flew to Helsinki, Finland. That was absolutely beautiful. It reminded me a lot of Minnesota, so that was great.

MP: What has been your best experience so far? Has there been a place or performance or moment that stands out for you?

SK: My best experience so far is the fact that for the last year it’s been working, and it has a certain magic of its own. The places we go, the things that happen – like the bus breaking down – we’re all together doing it.

I guess I would have to say that all the things I’m doing with these guys and they’re doing with me are the best moments. The memories of what we have and what we’re building. It’s fun to go to all the places we’re going to and stuff like that, but the best part is our love for each other and playing together. I think people can see that we are having fun and we get along and we do what we do without animosity. 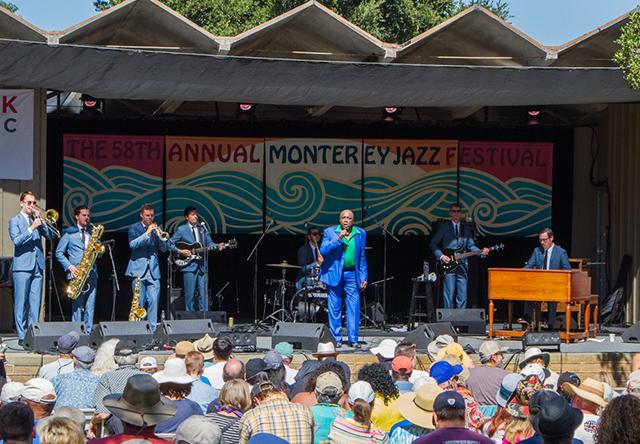 MP: The Lakers is a young, all-white band. Are you finding common ground in music?

SK: Yeah, and we bring in a [mixed audience] of young and old and in between, so that’s a good thing. That’s really cool.

My best times are what we’ve been doing with the band. I’m learning so much about what it takes to move a band and just keep going – having three or four, five or six days in a row when you gotta sing, and just trying to be ready for it. It’s like life started all over again for me. I’m trying to adjust and be on top of that instead of sitting around and pushing a walker. I’m someone blessed.

MP: What is your biggest challenge?

SK: Just keeping up. Being the age I am, sometimes you get thinking in the mind, I done worked all this time, now I can relax because it’s downhill time now, but you can’t. You gotta keep on going. You gotta keep growing, otherwise you will just die.

MP: You had a chance and you took it, and you’re successful.

SK: I can’t believe it. I’m still … wait a minute, what’s happening here? What am I doing here? It’s a lot of growing, and it’s a lot of fun. My kids are very proud of me, to be out here doing it.

MP: How many children do you have?

MP: It must be very gratifying to have your children proud of you.

SK: It is. I went through different changes in life, times when I don’t think everybody was real proud of me, but I’ve always had that desire inside of myself to be something or somebody. I didn’t wanna be just nothing. I dropped out of high school; a lot of folks that I grew up around dropped out of school, so I did that, but then I ended up getting a job for $1.25 a hour chopping down brush. I’m going, like, “This don’t work for me,” so that’s when I joined the military to fix myself up, and then I got my GED and went to college for a little bit.

I just kept pressing on, trying to make it happen, and now I’m like – wow, people are making all this fuss about what? About me?

Sonny Knight and the Lakers wrap up their current tour on Sept. 30 at Seattle’s Jazz Alley. Meanwhile, you can stream their single “Hey Girl” on Soundcloud, watch the video for “Sock a Poo Poo” (recorded live at the Dakota for “Do It Live”), and stream a 2014 performance for NPR’s World Café. The Lakers are Riley Helgeson on trumpet, Tony Beaderstadt on trombone, Cole Pulice on saxophones, Blair Krivanek on guitar, Sam Harvery-Carlson on organ, Nick Salisbury on bass, and Secret Stash co-founder Eric Foss on drums.

Sonny Knight onstage at 67: ‘It’s like life started all over again for me’