It’s spectacular. It could easily be the runaway hit of this year’s season. Everyone involved – the cast, the musicians and the production team – seems to know they are creating something that people will talk about for years. The energy pours off the stage. Saturday’s audience went crazy.

The story in a soap mug: Benjamin Barker is a young London barber with a beautiful wife and infant daughter. Lusting after Barker’s wife, a corrupt judge assaults her and sends Barker into exile for life. After 15 years, Barker escapes and returns to London as Sweeney Todd, hell-bent on revenge. He meets Mrs. Lovett, a poor pie maker who remembers him as Barker and has held on to his sterling-silver razors all this time. The two end up in business together. He shaves faces and slashes throats; she uses the fresh meat to create savory pies. He awaits his chance to shave the judge. Things end badly for almost everyone.

Under Peter Rothstein’s unerring direction, Mark Benninghofen is simply great as the demon barber of Fleet Street – menacing, ruthless, obsessed – plus he can really sing. Sally Wingert is perfection as Mrs. Lovett, utterly amoral and hopelessly in love with Sweeney Todd in a complex performance layered with subtleties. Tyler Michaels is splendid as simple-minded Tobias Ragg, limping his way across the stage, singing “Not While I’m Around,” a song now used in weddings (which, brief digression, is kind of like Ronald Reagan using Bruce Springsteen’s “Born in the U.S.A.” as a campaign song).

Sarah Ochs is luminous in rags as the plaintive and crude beggar woman. James Ramlet is stentorian as Judge Turpin, source of Sweeney Todd’s sorrows, with a rumbling bass that rattles the Ritz’s rafters. One look at Dominique Wooten, who plays Beadle Bamford, and you’d think he’s a basso, too, but then he opens his mouth and out comes a gleaming falsetto.

As young lovers Anthony Hope and Johanna Barker, Matthew Rubbelke and Elizabeth Hawkinson carry off the challenging task of distracting us from the main attractions – vengeance, savagery and gore – and leave us with a shred of hope that maybe some people are good after all. Benjamin Dutcher is appropriately loathsome as Jonas Fogg, owner of an insane asylum, and Evan Tyler Wilson shines as Pirelli, whose time as Victorian London’s hippest barber is cut short by Sweeney Todd’s blade.

We often think back on Latté Da’s brilliant, stripped-down “La Bohème,” which lit up the tiny Loring Playhouse in 2005. It’s still our favorite “Bohème” of all time. In that production, a five-piece ensemble – piano, accordion, guitar, violin and woodwinds – did the work of an 80-piece orchestra. When “Sweeney Todd” opened on Broadway, it had a 26-piece pit orchestra. Latté Da’s production has just four musicians: music director Denise Prosek on piano, Carolyn Boulay on strings, Mark Henderson on woodwinds and Paul Hill on percussion. Not that we would ever suggest hiring fewer musicians, but no one makes do with less better than Latté Da.

And what about the Ritz, Latté Da’s new home? Seldom has a theater space seemed more naked, less pretentious and so much about the show – which sometimes spills over into the house, as actors make their way around the side bars, through the center and even into the small balconies. Kate Sutton-Johnson’s perverse playground of a set, complete with wobbly gangplank/bridge, slide, and blazing red oven, is there from the moment you enter; with no curtain, it almost lures you up to explore, do a little climbing and try the slide.

A special shout to sound designer and engineer Jacob Davis. The Ritz is a box with concrete block walls, yet Sondheim’s wonderful lyrics are crisp and clear, even when they’re coming at you a mile a minute and two or more people are singing at once. There were moments on Saturday when things got uncomfortably loud, with a few feedback squeals, but those minor glitches in a major production with lots of moving parts have likely been ironed out by now.

The opening – a blaring factory whistle — almost knocks you out of your seat. (Tip: If you’re holding a drink, set it down a moment or two before the play begins. Friday’s performance started promptly at 7:30.) With intermission, “Sweeney Todd” runs 2½ hours. Through Oct. 25. FMI and tickets ($35-$45).

The musicians of the St. Paul Chamber Orchestra have signed a two-year extension of their current contract nine months before it was set to expire on June 30, 2016.

The size of the orchestra will remain unchanged at 28 musicians, lowered from 34 with the contract ratified in April 2013 that ended a 191-day lockout. (The SPCO now has 21 musicians under contract.) Nearly all the other terms and conditions of the current contract will remain the same, but everyone will get raises. Musicians making less than $80,000 in total salary will receive a raise of $4,000 in the first year; all musicians, including those making more than $80,000 a year, will receive a raise of $2,000 in the second year. Also, the guaranteed minimum annual base salary will increase to $64,000 in the first year and $66,000 in the second.

SPCO president Bruce Coppock said in a statement, “It was extremely important for us to make a further investment in our musicians, whose performances during the past two years have been nothing short of extraordinary.” Violinist Nina Tso-Ning Fan, orchestra committee chair, said, “[We] look forward to focusing our work this season on playing great concerts, rather than on negotiations.”

The new contract extends the expiration date to June 30, 2018, as the SPCO moves ahead with its 57th season, the first in the new Ordway Concert Hall.

In April, the musicians of the Minnesota Orchestra signed a new contract well ahead of their lockout-ending contract’s expiration date that takes them through the 2019-20 season. Earlier this month, the orchestra reported a balanced budget for fiscal year 2015.

The SPCO expects to announce its 20th balanced budget in the past 22 years at its annual meeting in December. 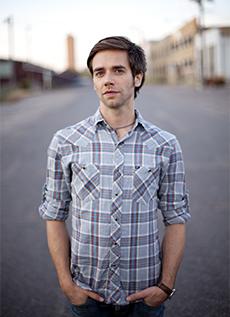 Tonight (Tuesday, Sept. 29) at the Southern: Milkweed Editions presents “Lyric.” The book launch for poet/musician Brian Laidlaw’s first full-length poetry collection, the Dylan-themed “The Stuntman,” is more than a reading, and more than a reading to music, which happens sometimes. With Allison LaBonne and Brian Tighe of the local pop group The Owls, Joe Horton of the hip-hop group No Bird Sing, and poet/rapper Chris Martin, Laidlaw’s book is translated from poetry into music and back again. Authors, musicians, and author-musicians will discuss and perform their work. Fences that divide art forms and genres are tumbling, and we’re glad to see it. 7 p.m. FMI and tickets ($10, free to ARTshare members). The performance runs 90 minutes with no intermission.

Tonight at Open Book: Book launch for Catherine Madison’s “The War Came Home with Him: A Daughter’s Memoir.” Beginning at the deathbed of her father, “Doc” Boysen, Minnesota-based author and journalist Madison tells the harrowing and poignant tale of his survival as a POW in North Korea and her own as a daughter who grew up with the cruel lessons he brought home. Doors at 6 p.m., reading at 6:30, reception following. Free. If you can’t make it tonight, Madison will be at Common Good Books on Wednesday, Oct. 7 and at SubText Books on Thursday, Oct. 22, both at 7 p.m. 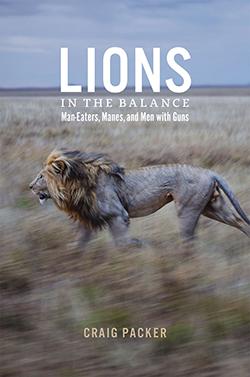 Wednesday in the Great Hall at Coffman Memorial Union: Craig Packer presents “Lions in the Balance: Man-Eaters, Manes, and Men with Guns.” Not long ago, the news was full of Cecil the lion and a Bloomington dentist. Here’s the informed, expert version of where lions stand today and what it will take to save them. Director of the Lion Research Center, co-founder of Savannahs Forever, Tanzania, and Distinguished McKnight Professor of Ecology, Evolution, and Behavior at the U, award-winning author and international lion expert Packer presents his latest book, a look at the tooth-and-claw worlds of lion conservation and behavior. 7:30 p.m. Free. Online reservations requested. Tonight’s not good for you? Packer will be at SubText Books on Wednesday, Oct. 7 at 7 p.m.

Friday at the Soap Factory: The Haunted Basement opens. Jay Gabler of MPR and The Tangential blog went to a preview over the weekend, and you can read what he had to say, because as God is our witness, we’re never going back there. But plenty of people love being scared spitless, and if you’re among them, this is for you. This sells out every year BTW. FMI, tickets ($25-$27), and trailer, which we are not going to watch. $10 ’Fraidy Cat tours available. 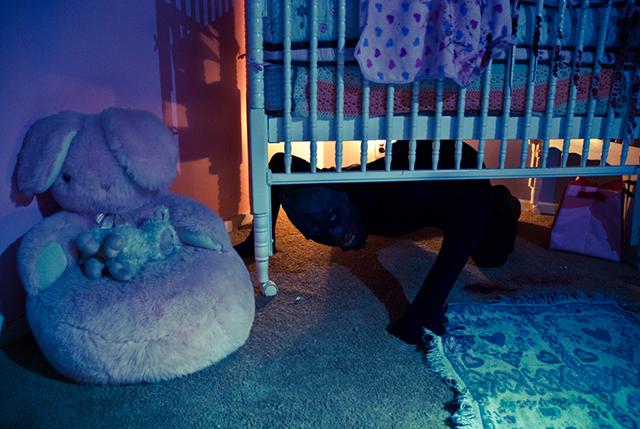 Courtesy of the Soap Factory
The Haunted Basement opens Friday.