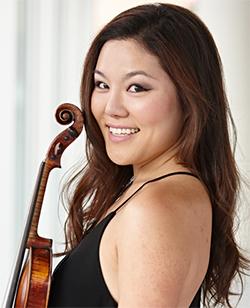 Just in time for the start of the 2015-16 season, two violinists have joined the Minnesota Orchestra. Both won auditions during the 2014-15 season, and both have international reputations. 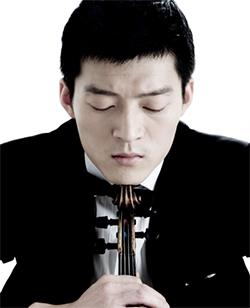 Both artists have won prestigious competitions and prizes and have performed with orchestras and artists around the world. They’ll be easy to spot at Orchestra Hall; they’ll be seated near Keefe and Frisch.

“Susie and Rui are both highly accomplished musicians and experienced orchestral players,” Keefe said in a statement. “We are thrilled to have them fill these leadership roles in the violin section, and we are very happy to welcome them to Minnesota.”

Adding Park and Du brings the total number of full-time Minnesota Orchestra musicians to 76, plus three full-time librarians. Principal bass Kristen Bruya won her audition last fall and began playing with the orchestra in spring of this year. So that makes three new members since the lockout ended in January 2014.

The current contract calls for 84 full-time players by 2016-17 and 88 by 2020. If any musicians retire or resign in the next several years, more positions will need to be filled. The “agreed optimal size” of the orchestra is 95 full-time players, a number that dates back to 1991.

For 2015-16, the 76 full-time musicians will be joined by four one-year replacement musicians: Kathryn Bennett (first violin), Alexandra Early and Colleen McCullough (second violins) and David Auerbach (viola). That makes 80 faces we can get to know (or know better) as the new season unfolds.

If you happen to have a special guitar, we strongly suggest letting Dean Magraw play it. As part of its ongoing exhibition “Amp Up! The Hagstrom Guitar Sensation,” which celebrates the iconic Swedish guitars played by people like Elvis Presley and David Bowie, ASI is putting Hagstroms in the hands of our hometown music heroes and giving them the stage of the Turnblad Mansion Ballroom. This time it’s Magraw, virtuoso, music explorer and creator of the “heavy meadow” sound. He’ll play a Hagstrom, talk about its design features and answer questions. 7 p.m. FMI and registration ($20/$18 members). 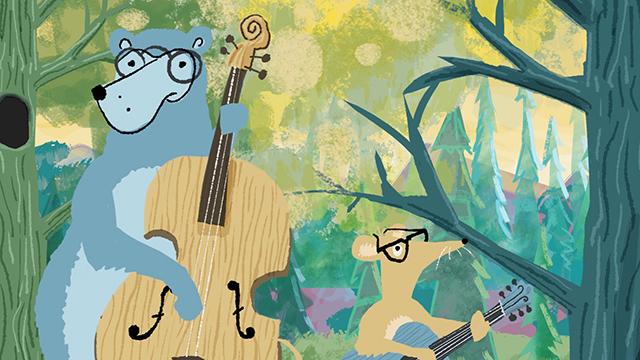 Courtesy of MinnAnimate
A still from “Big Voice” by Brian Barber, an animated music video for the Duluth Acoustic Ska band Woodblind, part of MinnAnimate IV.

Thursday at the Film Society’s St. Anthony Main Theater: MinnAnimate IV. The annual showcase of animation made in Minnesota and slightly beyond includes films in a variety of styles by animators of all ages. Many of the filmmakers will be present. 7 p.m. FMI including the complete program. Tickets here ($8.50). 7 p.m.

Thursday at the Parkway: “Bob Dylan: Up Close and Personal.” The Star Tribune’s Jon Bream has been a music critic, with an actual job, longer than anyone in the nation. In 40 years, he’s seen more than 7,000 concerts, done more than 5,000 interviews and listened to Lorde knows how many records. (Here’s what happened to 25,000 that were stored at the old Star Tribune building.) Bream has written several books about musicians and is releasing his latest, “Dylan: Disc by Disc,” which looks at each of Dylan’s 36 studio albums in conversation with other experts. At the Parkway, he’ll lead a talk with U of M professor Alex Lubet, who teaches classes on Dylan; the always colorful singer-songwriter-author Paul Metsa who, like Dylan, grew up on the Iron Range; and writer-singer Kevin Odegard, who played on “Blood on the Tracks” and wrote his own book about that. The night also includes a Q&A and giveaways. 7:30 p.m. Free.

Thursday at the Minnesota Museum of American Art Project Space: Opening reception for “Paul Shambroom: Lost.” Tour three new projects by internationally renowned photographer and U of M art department faculty member Paul Shambroom. “Lost” features photographs whose images are taken from old flyers of lost pets – ones you might see stapled to telephone poles or pinned to public bulletin boards. All have been degraded by environmental factors or printer malfunctions, resulting in random and unexpected color and texture. Bring a tissue; the show will be accompanied by a digital slideshow of pets reunited with their owners by Lost Dogs Minnesota and Lost Cats MN. “Shrines: Public Weapons in America” documents weapons of war that have been repurposed as public monuments commemorating the dead. “Glove,” a collaboration with Oklahoma-based photographer Andy Mattern, documents orphaned gloves on the street. Member reception 5:30 p.m. t0 7 p.m., public reception 7 to 8:30 p.m. Free. On Saturday, Sept. 12, Shambroom and Mattern will give a free artist talk at the Project Space starting at 1 p.m. 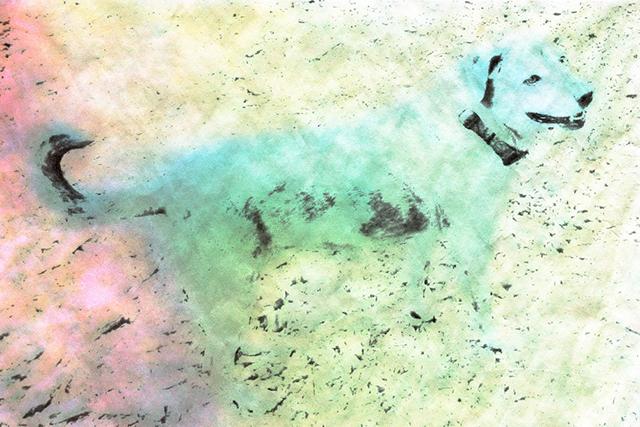 Friday and Saturday (Sept. 11 and 12) at Orchestra Hall: Minnesota Orchestra Season Opening: Osmo Vänskä and Audra McDonald. Robust and optimistic, with solid leadership in place, a historic Cuba tour in its rearview mirror and musicians’ contracts already signed through 2019-20, the Minnesota Orchestra seems poised to present one of its finest seasons yet. It starts with Maestro Vänskä on the podium and six-time Tony winner McDonald as guest for a program that combines orchestral showpieces with songs including “Moon River” and “Climb Ev’ry Mountain.” Come early to hear pianist Mary Louise Knutson in the lobby; stay after for a champagne toast. 8 p.m. both nights. FMI and tickets ($45-$125).

Friday through Sunday (Sept. 11-13) at Northern Clay Center: 17th Annual American Pottery Festival. Northern Clay’s annual fundraiser is a celebration of pots, makers, collectors, students, and enthusiasts. Some of the best potters in the U.S. bring their best work, and if you’re not in love with clay when you arrive, you will be when you leave. With 26 guest potters, workshops, lectures, artist-led talks, day trips to collectors’ homes, curator-led museum tours, receptions and an opening night party and sale, this is one of the year’s most anticipated events. FMI and tickets.

Saturday and Sunday in the Ordway Concert Hall: St. Paul Chamber Orchestra Opening Night: Gershwin’s “Rhapsody in Blue.” For the first concerts of its first full season in the brand-new Concert Hall built to its specifications, the SPCO performs music by Milhaud, Ives, and Bartók, then features its MacArthur Genius Grant-winning artistic partner, pianist Jeremy Denk, in a performance of Gershwin’s most popular work. Jaime Martin conducts. 8 p.m. Saturday, 2 p.m. Sunday. Both concerts are sold out, but if you’re the hopeful sort, you can add your name to a waiting list. Tickets $12-$50.