The Minnesota Orchestra is having a good year. They went to Cuba, they’re going to Carnegie Hall in March, they finished recording the Sibelius symphonies with BIS, they’ve added five new musicians and received millions of dollars in gifts and donations, they recently reported a FY 2015 balanced budget, Osmo Vänskä and the musicians signed multiyear contracts, and they’re playing really, really well.

With every performance and each new accomplishment, the dark days of the lockout recede further into the past.

Which doesn’t mean the orchestra is getting complacent. There’s audience to build. Like any performing arts organization, they need more, and younger, butts in seats.

Come to Friday’s concert (Oct. 23) – Strauss’s “Don Juan,” conducted by Juraj Valčuha in his Minnesota debut, featuring Jennifer Koh on violin – and you’ll see young concertgoers wearing maroon and gold for Gopher Spirit Night. They’ll be there because of a new Student Ambassador program conceived by Save Our Symphony Minnesota (SOSMN), a grassroots group formed during the lockout, now an audience advocacy group.

Eight students from the U’s School of Music have agreed to serve as ambassadors for the 2015-16 concert season; ditto three undergrad music students from the University of St. Thomas. Their mission, and they’ve chosen to accept it, is to drive attendance to campus-night performances, which will include special features like selfie-station photo booths and post-concert receptions with musicians. For U of M students with valid student IDs, tickets to Friday’s concert are $12 online.

The Student Ambassador program follows on the heels of four more audience-building initiatives announced in late September. Saturdays at Six is a three-concert series that turns the dinner-then-concert tradition around; concerts start at 6 p.m. and everyone is out when the night is still young. FMI. (The first concert has already taken place.) $20Under40 lets anyone 40 and younger buy up to two $20 tickets to select concerts. Join the email list for notifications and invitations.

Symphony & Suds sends Minnesota Orchestra musicians out to brewpubs and brings craft beer to Orchestra Hall. This builds on an idea proposed by Ken Huber, a member of Orchestrate Excellence, a second citizens’ group that was born during the lockout and has since shifted its focus. Starting Jan. 30, Minnesota Orchestra musicians will give free performances at brewpubs around the Twin Cities including Excelsior Brewing Co., Sociable Cider Werks and Surly. In return, their brews and merch will be available during select concerts. FMI.

One more: OH+, which stands for Orchestra Hall Plus. This is an umbrella term for a wide variety of pre- and post-concert experiences – talks, food and drink specials, performances or exhibits presented by community partners. Are you more likely to attend a Minnesota Orchestra concert if you can meet the members of the trumpet section? (They are a gregarious bunch.) Would you come for brunch before or lunch after? What about a concert preview?  The Minnesota Orchestra hopes you’ll say yes. FMI.

A most excellent diversion: a music video filmed at Ralph Rapson’s Glass Cube, the legendary Minnesota architect’s weekend house on the bluffs above Wisconsin’s Apple River.

Minneapolis indie band Greycoats, with guest Haley Bonar, wanders through the iconic space to the moody, atmospheric sound of their song “Cleopatra.”

How on earth did they get permission? Greycoats drummer Mike Smith is owner of the Forage Modern Workshop. He picked up the phone and called Rapson’s son Tony. Architecture MN has the video and the story.

Friday (Oct. 23) at Hennepin Methodist Church: Silent Movie 2015. HD, 3D and Dolby Atmos are great, but a movie with live organ accompaniment is in a class by itself. Especially when the organ is a 1980 Sipe, with four manuals (keyboards) and 78 ranks (sets of pipes). Donald Livingston, the church’s former organist and founder/artistic director of the Twin Cities Early Music Festival, plays the mighty instrument as Fritz Lang’s “Metropolis” screens in the sanctuary. 7:30 p.m. Free.

Saturday at Wayzata Community Church, Sunday at St. Paul Seminary Chapel: “Bach & Vivaldi: Joy for All Seasons.” The Minnesota Bach Ensemble and Minnesota Chorale launch their 2015-16 seasons together in a program of Bach cantatas and the “Summer” and “Winter” movements from Vivaldi’s “The Four Seasons.” Andrew Altenbach leads the Ensemble, Kathy Saltzman Romey the Chorale. “We are doing some audience engagement at the start of the concert,” Altenbach told us by email, “where the audience will have the chance to learn one of the chorale melodies and hear how it starts in [Bach’s] Cantata 33 and returns in the middle of Cantata 182.” Jonathan Magness and Celine Leathead are the violin soloists; both, Altenbach says, “will light up the Vivaldi pieces.” The concert’s title, “Joy for All Seasons,” nods to Vivaldi and Oscar Wilde. 4 p.m. each day. FMI and tickets ($20/$10 students). 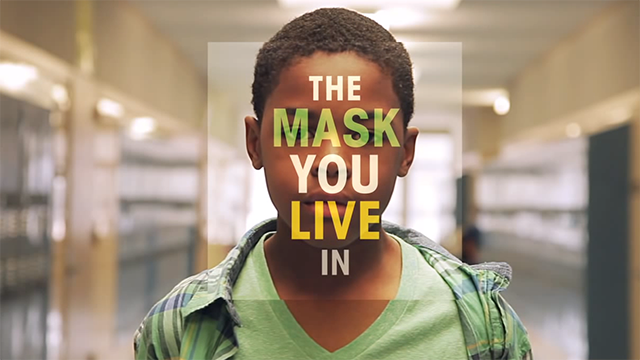 Sunday at the Fitzgerald Theater: “The Mask You Live In.” Formed in 2011 by Jennifer Siebel Newsom, based in San Francisco, the Representation Project uses films to fight stereotypes and social injustice. Siebel Newsom’s first film, “Miss Representation,” examines the relationship between the misrepresentation of women in media and the underrepresentation of women in power. “The Mask You Live In” explores how gender norms impact boys and young men in America.  The 7 p.m. screening of the 97-minute film will be followed by a panel discussion moderated by MPR’s Brian Newhouse featuring Siebel Newsom, Ramsey County Attorney John J. Choi; Ashanti Branch, mentor and executive director of the Ever Forward Club; and Joe Ehrmann, founder of Coach for America. FMI and tickets ($8). Here’s the trailer.

Sunday at the Parkway: “Nosferatu” screens to live music by the Rats & People Motion Picture Orchestra Minnesota. When all films were silent, the musical accompaniment (most often on piano) drew from the popular tunes of the time. An ensemble of composers and musicians based in St. Louis, R&P MPO creates original scores. Here’s what they came up with for Buster Keaton’s first short. Member Beth Dill, who lives in Minneapolis, has gathered a group of area musicians to perform the orchestra’s music for the 1922 vampire film on violins, theremin, piano, percussion, vibes and other instruments.. 7 p.m. Tickets $10 in advance or at the door. Under 21 with parent or guardian (because alcohol is served). 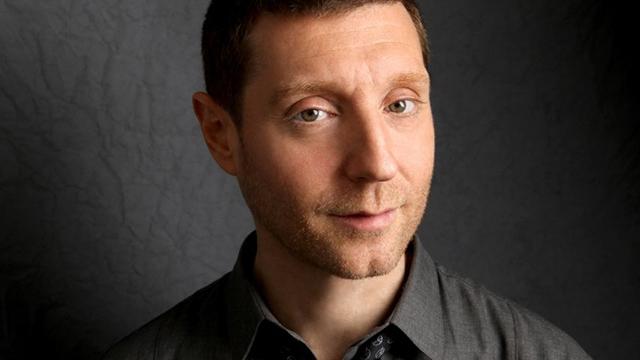 Courtesy of the artist
Benny Green

Sunday at the Dakota: Benny Green Trio. A true jazz master, Green toured with Betty Carter before becoming one of Art Blakey’s Jazz Messengers. He has performed and recorded with Milt Jackson, Diana Krall, and Ray Brown, among many others. His latest album, “Live in Santa Cruz,” came out in May. We’ve heard and loved many of his recordings, but nothing compares to Benny live. With David Wong on bass, Rodney Green on drums. FMI and tickets ($30/$20). Green will spend Saturday in a free jazz piano workshop for students at McNally Smith.