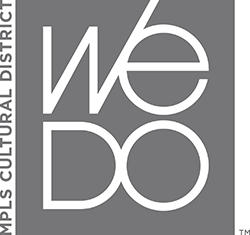 First there was Mia, and now WeDo (“wee-doo”), the short-and-sweet way to say West Downtown Cultural District, the new name for the 1.7-mile stretch of Hennepin Ave. from the Walker to the Mississippi between First Ave. and Nicollet Mall. Love it or not, it’s about to become part of our cultural landscape.

Unveiled Wednesday, WeDo is the result of a planning process that began in 2011, when Hennepin Theatre Trust won a $200,000 Our Town creative placemaking grant from the National Endowment for the Arts to re-invent Hennepin Avenue as an arts-inspired cultural corridor. There’s already an official website that looks crisp and clean, is easy to navigate and jam-packed with information about events, entertainment, sports, galleries, businesses, historic points of interest, restaurants and more. (And it’s mobile-friendly.) There are branded items like a hat and a scarf.

The journey to WeDo was led by the Trust in partnership with the Walker, Artspace (developer of the Cowles Center) and the city. During an extensive process dubbed “Plan-It Hennepin,” opinions and ideas were gathered from more than 1,500 downtown stakeholders. The name and branding were developed with expertise donated by Target Creative.

So there’s serious money, muscle and time behind this venture, and a lot of it makes sense. Forming a strong identity worked for the Northeast Minneapolis Arts Association (NEMAA), leading to its recognition earlier this year as Best Arts District in America by USA Today. If WeDo can find its way into the public consciousness and stick, if it helps locals and visitors to perceive that stretch of Hennepin, which has its ups and downs, as a community, and if it helps it to become a community, with fewer empty storefronts, more shops and gathering spaces, friendlier and more inviting (especially for walkers), we’re all for it.

Some squawking about WeDo as a name has already begun (we love you, Secrets of the City, for real), but honestly, you can call yourself whatever you want as far as we’re concerned. If you’d like us to refer to you by the non-binary pronoun “they,” just let us know and we’ll do our very best, without irony. But we digress. One thing we won’t do is add the “TM” after WeDo. Thanks for skipping that part, Mia.

Chris Thile will guest host the Jan. 30 and Feb. 6 live broadcasts of “A Prairie Home Companion” as it starts its winter run at the Fitzgerald Theater. Garrison Keillor will not perform on either show. Keillor will, however, resume hosting duties for the Feb. 13, 20 and 27 shows.

Thile’s credits include (deep breath) virtuoso mandolinist, Grammy winner, vocalist, member of the bands Nickel Creek and Punch Brothers (their latest album, “The Phosphorescent Blues,” came out in January), soloist (his latest is “Bach: Partitas and Sonatas, Vol. 1”), composer and let’s not forget to mention MacArthur Fellow. Thile is due to take over as official full-time APHC show host in Sept. 2016.

Keillor has been the host and writer of APHC since the program started production in 1974.

Announced just last week, the APHC At Sea Alaska cruise scheduled for Aug. 15-29 is already sold out. Sorry about that. Go here to add your name to the waiting list. 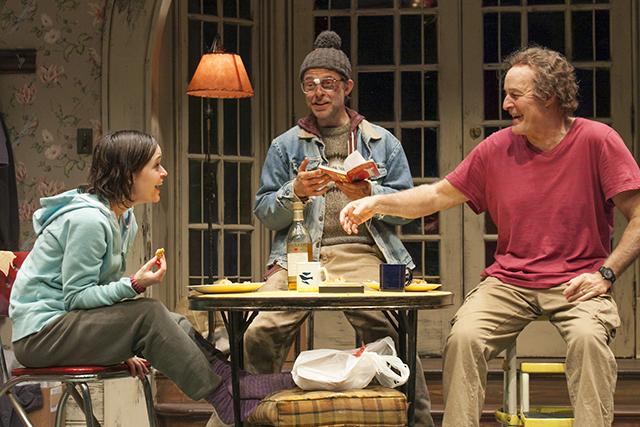 Starts tonight (Thursday, Nov. 19) at the St. Anthony Main Theatre: Cine Latino. The Film Society’s annual celebration of new cinema by filmmakers from the Spanish-speaking world features a dozen films in rotation for seven days beginning tonight. Several are official submissions to the 88th Academy Awards for Best Foreign Language Film. The opening film is “The Thin Yellow Line (La Delgaga Linea Amarilla),” a road comedy produced by Guillermo del Toro that won the top Audience Award following its world premiere at the Guadalara International Film Festival. The screening is followed by an opening party at Aster Café. Ecuadoran director Tito Molina will attend screenings of his film,“Silence in Dreamland (Silence en la Tierra de los Suenos)” on Saturday and Sunday. The festival ends Wednesday, Nov. 25. Here’s everything you need to know, including the schedule, trailers and ticketing links. Tickets $10-$5. Which films are the Oscar submissions? “The Clan (El Clan)” from Argentina, “Flowers (Loreak)” from Spain, “A Moonless Night (Una Noche Sin Luna)” from Uruguay, and the aforementioned “Silence in Dreamland.”

Friday at Orchestra Hall: Tchaikovsky’s Pathétique. Robert Spano leads the Minnesota Orchestra in the work Tchaikovsky called “the best thing I ever composed or shall compose.” (BTW the source of the word “Pathétique” is not our “pathetic” or “pathos” but the Russian “Pateticeskaja,” which loosely translates as “passionate.”) The first half of the program is given to “Neruda Songs,” which Peter Lieberson wrote for his wife, mezzo Lorraine Hunt Lieberson, who died of cancer the year after she premiered them. Kelley O’Connor is our mezzo for the night. 8 p.m. FMI and tickets ($29-63). 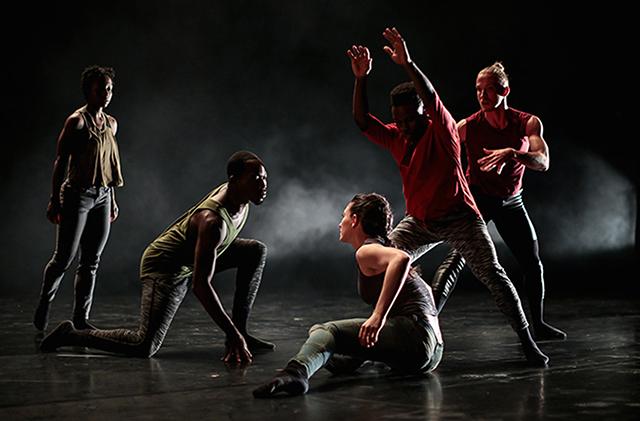 Friday through Sunday at the O’Shaughnessy: TU Dance. The St. Paul-based dance company led by former Alvin Ailey dancers (and newly minted USA Knight Foundation Fellows) Toni Pierce-Sands and Uri Sands returns to the O’Shaughnessy stage with two new dances and four new company members. We’re especially psyched to see the world premiere of a work by Italian-Canadian choreographer and 2015 McKnight International Choreographer Gioconda Barbuto, with whom we had the privilege to spend some time a few weeks back. If it’s one-tenth as exuberant and joyful and radiant as she is in person, the audience will float out the doors afterward. Also on the program: the debut of a piece choreographed by Uri, set to music by jazz great Charles Mingus, and a reprise of Uri’s “January,” a study in transitions. 8 p.m. Friday and Saturday, 2 p.m. Sunday. FMI and tickets ($18-$31).

Saturday at Hamline’s Anne Simley Theatre: Adoption Play Project Reading #2. Back in May, we saw the first staged reading of this new play by Alan Berks and Leah Cooper and found it deeply moving. Built from stories shared by members of the adoption community – adoptees, adoptive parents, birth parents, siblings and social workers – it’s about relationships, family, perceptions, biases, fears, hurt, healing and especially love, loosely hung on an “Alice in Wonderland” frame. Since then, Berks and Cooper have gathered more stories and incorporated feedback from the first reading. It’s fascinating to watch a play take shape, especially one that rings with the truths of people around us. Here’s some background if you want it. The full production will take place in fall 2016. In the Drew Fine Arts Building, 1536 Hewitt Ave., St. Paul. 7 p.m. Free, but please register. P.S. November is Adoption Awareness Month.

Are you ready for WeDo? It’s here.