Now at the Orpheum, “Beautiful: The Carole King Musical” is a thoroughly enjoyable night out, especially if you grew up in the 1960s and ’70s and even if you didn’t but love a good song, or dozens.

It’s a classic jukebox musical, and the songs are almost nonstop, from “So Far Away,” the opener, to “Beautiful” at the end – and “I Feel the Earth Move” during the curtain call. In between, the narrative unfolds: of a Brooklyn teenager born Carole Klein who’s determined to be a songwriter at a time when women didn’t do that, an early pregnancy and marriage to lyricist Gerry Goffin, a series of chart hits, a friendly competition with songwriting team Barry Mann and Cynthia Weil, self-doubt, personal troubles, a triumphant performance at Carnegie Hall.

Douglas McGrath’s script squeezes a lot of story into the narrow spaces left for it, though none of the spoken words sing nearly as well as the song lyrics. At times, the band sounds heavy on the horns, and some of the production numbers are over-Broadwayfied. But none of this matters when you’re seeing and hearing live performances of “Take Good Care of My Baby” and “Will You Love Me Tomorrow,” “Up on the Roof,” “On Broadway,” “The Locomotion,” “Pleasant Valley Sunday,” “You’ve Got a Friend” and “(You Make Me Feel Like) A Natural Woman.” And especially “You’ve Lost That Loving Feeling,” during which Andrew Brewer and John Michael Dias channel Bobby Hatfield and Bill Medley so convincingly they threaten to steal the show.

The program lists 27 musical numbers but it feels like more, and many are performed in full. There’s only one medley, thank goodness: an early scene-setter to let us know when and where we’re at: the late 1950s at the 1650 Broadway building across the street from the more famous Brill Building.

Abby Mueller doesn’t sound like Carole King, but she’s lovely in the title role and her singing is, well, beautiful. From the start, she’s a three-dimensional character, communicating emotions, maturing through the years, finding herself and emerging as the star King became. (In case you haven’t heard, playing Carole King runs in the Mueller family. Abby’s younger sister Jessie won a Tony for the same role on Broadway.) She’s sincere and down-to-earth, not flashy or showy, but when she’s on stage your eyes go to her as the show’s warm, believable center. And though no one sings (or ever will sing) “Natural Woman” like Aretha, Abby does it proud.

There are 24 cast members, but again, it feels like more, with the ensemble taking on multiple roles. Derek McLane’s scenic design creates an unlikely 25th: a humble workhorse of an upright piano that appears in almost every scene that isn’t a production number. (At one point, it’s in two scenes simultaneously, the back toward Mann’s office and the keyboard toward King and Goffin’s home.) It’s where the main characters go to think, create, celebrate and mourn. It moves on and off the stage from both sides and pirouettes like a dancer.

“Beautiful: The Carole King Musical” runs through Nov. 29 at the Orpheum. This is the first time we’ve seen it here (the show opened on Broadway in January 2014) and it’s a sweet, satisfying Thanksgiving week treat. Marc Bruni’s sparkling production clocks in at 2½ hours including intermission, but the time speeds by in a rush of songs, scene changes, and costume changes (some astonishingly quick).  FMI and tickets ($39-$179). 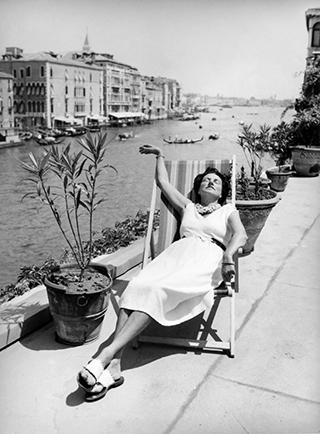 Opens tonight at the Lagoon Cinema: “Peggy Guggenheim: Art Addict.” If you have any interest at all in 20th-century art and artists, see this film. Directed by Lisa Immordino Vreeland, it’s a dishy, beguiling portrait of a woman who wasn’t beautiful (she wore a botched nose job proudly) or even as rich as we might think (at least, not for a Guggenheim) and could easily have faded into obscurity. Instead, Peggy Guggenheim collected modern art – and artists, having numerous trysts and affairs with men including Samuel Beckett, Jackson Pollock, Mark Rothko and Marcel Duchamp, marrying Max Ernst, doing pretty much whatever she pleased with whomever she wanted. What makes this film a special pleasure is hearing Guggenheim’s voice throughout, answering questions from her biographer, Jacqueline Bogard, in the longest and probably frankest interview she had ever given, recorded near the end of her life. Bogard had lost the tapes, and Vreeland found them in Bogard’s basement, then used them to frame her film. So you’re literally listening in on a conversation with a remarkable woman, talking about her life from her childhood in New York City to her time in Venice, where she left a palazzo full of art on the Grand Canal. There are tons of interviews with other people, looks at works by Picasso, Kandinsky, Ernst, Tanguy, Pollock and many more, and lots of memorable comments. Like this from Guggenheim: “I used to play tennis with [poet Ezra] Pound. He would crow like a cock whenever he made a point.”  And this from Ernst: “I once had a Guggenheim, but it wasn’t a fellowship.” FMI including trailer and showtimes.

Courtesy of the Goldstein Museum of Design
Batman

Saturday and Sunday at the U’s Goldstein Museum of Design: “America’s Monsters, Superheroes, and Villains.”  As we approach the holidays, our thoughts turn naturally to toys. This fun exhibition gathers more than 300 original toys and artifacts from 1950-80, many featuring characters we’re seeing in movies and TV programs today. 1:30 – 4:30 p.m. both days. Also Tuesdays-Fridays 10 a.m. – 5 p.m. Closes Jan. 3.

Sunday at Christ Church Lutheran: Book Launch for Larry Millett’s “Minnesota Modern: Architecture and Life at Midcentury.” There’s no better place to hear Millett speak about his latest architecture-related title than at the Saarinen-designed church in Minneapolis’ Longfellow neighborhood.  The event features a talk, slide show and signing. 3 p.m. Free. Here’s Amy Goetzman’s article for MinnPost about the book.

Sunday at Hamline University’s Sundin Hall: “Winds of Paris.” For its 45th season, titled “La Vie Parisienne,” the Musical Offering is celebrating France and the City of Lights. This concert of bubbly French music by Poulenc, Lalliet, Ibert and Françaix was planned many months ago, and the celebrated chamber ensemble has decided to play it anyway, for this reason: “We hear the atmosphere is heavy and somber in Paris, but that people are determined not to change their values or way of life.” The concert will be dedicated to the victims of the recent terrorist attacks, their families and friends. 3 p.m. FMI and tickets ($25). 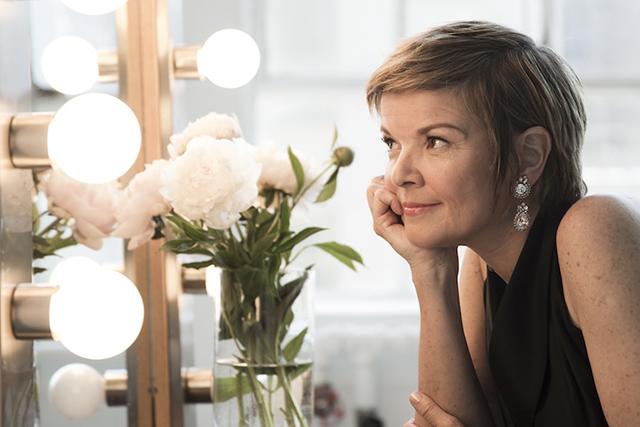 Sunday and Monday at the Dakota: Karrin Allyson. A Dakota favorite – and it goes both ways; she began her career singing at the Bandana Square location, before moving to Kansas City and from there to New York – Allyson has a new album on the Motema label, “Many a New Day: Karrin Allyson Sings Rodgers & Hammerstein,” recorded with Kenny Barron and John Patitucci. We’ve always loved her voice and her innate sense of swing, and we’re eager to hear what she does with such classic tunes as “Oh, What a Beautiful Morning” and “Out of My Dreams.” 7 and 9 p.m. FMI and tickets ($25-$40).