A memorial service for Bruce Dayton, who passed away Friday at his home in Orono at age 97, will be held Thursday, Nov. 19, at 4 p.m. at Westminster Presbyterian Church in downtown Minneapolis.

Most people know that Bruce and his four brothers, who predeceased him, had an enormous effect on our local and national economy, expanding the Dayton’s department store chain started by their grandfather, George Draper Dayton, into the suburbs; developing Southdale, the nation’s first indoor shopping mall; and launching Target, the $72.6-billion Fortune 500 company still headquartered here.

Bruce also founded B. Dalton Bookseller, which grew to almost 800 stores across the U.S. at its height and was later acquired by Barnes & Noble. He was an honest-to-God retail tycoon, and that’s how most people outside Minnesota will remember him.

But if you want to feel Bruce Dayton’s influence and legacy on a quieter, more personal level (and not pay a cent), spend an afternoon at the Minneapolis Institute of Art, which would be a vastly different place were it not for his service (at his death, he was Mia’s longest-serving trustee), his eye, his business sense and his generosity with a capital G.

Recruited by family friend Alfred Pillsbury, Dayton became a board member in 1942 for what was then called the Minneapolis Society for Fine Arts. He was still a board member at his death 73 years later. Over his lifetime, he gave the museum many millions of dollars and thousands of artworks including paintings by Manet, Mondrian, Stella and Kandinsky; landscapes and still lifes by Dutch Old Masters; Tiffany vases; a silver tea service; hundreds of illustrated books; and a painted American Indian buffalo hide dating from the early 19th century. 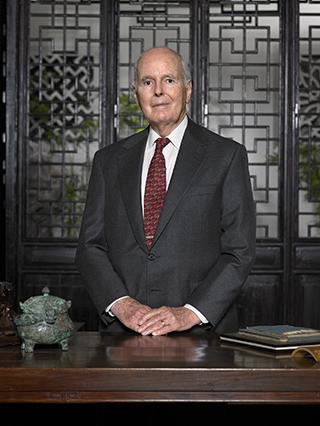 Courtesy of the MIA
Bruce Dayton

He provided the lead gifts for major acquisitions including the first-century BCE Roman statue “Doryphoros” on display in the Rotunda and Monet’s “Grainstack, Sun in the Mist,” among many others. Even the most casual stroll through Mia’s galleries, with occasional glances at the labels describing individual works, will likely uncover a Bruce Dayton gift or two, or more.

His largesse is most evident in Mia’s Chinese collections. Starting in the early 1990s, guided by Robert Jacobsen, then Mia’s Chair of Asian Art, Dayton added more than 800 works of Chinese art, hardwood furniture, and architecture to Mia. Today the institute has a destination collection of Chinese art that fills 20,000 square feet in 14 galleries. The Ming dynasty Reception Hall and the Qing dynasty Scholar’s Studio were among Dayton’s gifts, as was a wood-and-marble Chinese screen for which he paid $1.1 million. He gave lacquers, ceramics, calligraphies and bronzes.

Dayton told the New York Times in 2009, “I started out collecting for myself, and then I found that it was fun to give things to the art institute.” And: “I look for things that fit into the museum.”

Along with giving artworks to the museum, Dayton created endowments to support operations and galleries that today are worth $27.5 million. He helped purchase land for museum parking, funded academic conferences, sponsored exhibitions, helped fund catalogs and contributed to capital campaigns.

And Mia wasn’t his only beneficiary. He also made major gifts within the last few years to the Walker Art Center, the Minneapolis Public Library, the Guthrie, the Studio Arts Building at the University of Minnesota, and Macalester College. Outside the Twin Cities, he provided support to the Yale University Art Gallery (Yale was his alma mater), funded the restoration of a 16th-century house in Anhui province, China, which is now a public museum, contributed to the construction of the new Shanghai Art Museum and donated 110 acres to the Minnesota Department of Natural Resources.

“This is a very sad day indeed,” said Mia Director and President Kaywin Feldman on the day Bruce Dayton’s death was announced. “He helped shape us to be one of the greatest art museums in the country. Our gratitude to him is boundless. I will miss him very much.”

HGA Architects and Engineers were the big winners of this year’s AIA Minnesota Honor Awards, announced Thursday in Minneapolis at the organization’s 81st annual convention. Four of the 11 awards went to the firm headquartered in the Ford Center, for one project in Virginia and three in Minnesota.

HGA’s winning projects were the Ordway Concert Hall in St. Paul (officially Ordway – Concert Hall & Production Wing Expansion and Remodeling), Surly Brewing in Minneapolis, the Whitetail Woods Regional Park Cabins in Empire Township, Minnesota and the Bedford Hall Addition and Renovation at Longwood University in Farmville, Virginia. About the Ordway, the jury remarked that this project, with its elegant sense of simplicity, absolutely had to be recognized. They admired how it fit perfectly into a very tight urban site. (Indeed. The original McKnight Theater had 306 seats; the new Concert Hall, which occupies almost the same footprint, has 1,100.) 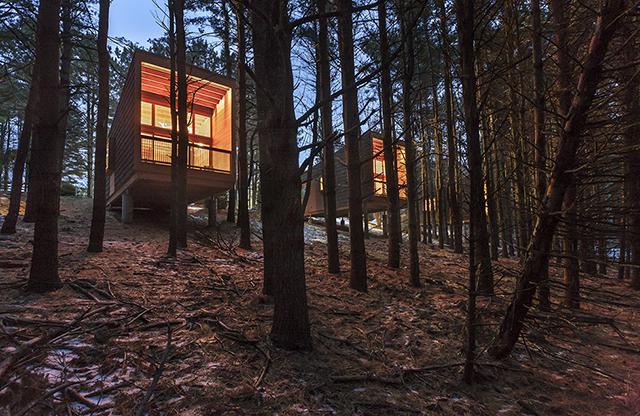 Among the other award winners were Snow Kreilich Architects & Ryne A&E for CHS Field in St. Paul, about which the jury remarked that they have never seen such an elegant design for any ballpark – large or small.

Where will Books for Africa go after April 2016? And the Show Art Gallery? And Ballet Minnesota’s Classical Ballet Academy? And the dozens of artists – painters, photographers, woodworkers, sculptors, clothing designers, jewelers, dancers – who currently have their studios there? Good questions.

Their current home, the JAX Building at 253 E. 4th Street in St. Paul’s Lowertown, has been sold for redevelopment. The tenants may stay put for three months after the Feb. 1 closing date, but after that, it’s safe to say they’re o-u-t. Artist work spaces at the JAX have been rented on a month-to-month basis.

The JAX Building was originally built for the Michaud Brothers grocery business in 1909 for $131,000. Part of the Lowertown arts scene for more than 35 years, it was one of five buildings that participated in the first St. Paul Art Crawl in 1991 and has been active ever since. According to the Art Crawl’s website, “due in part to the work of the Saint Paul Art Collective, all five buildings still house artist studios.” Make that four.