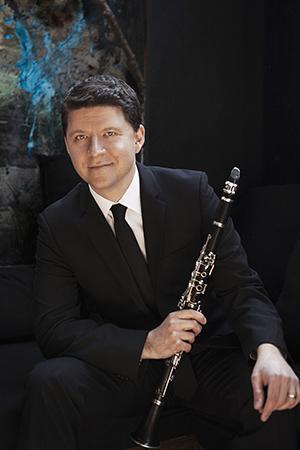 We were looking forward to seeing the electrifying Swedish clarinetist and new St. Paul Chamber Orchestra Artistic Partner Martin Fröst in St. Paul this month, but that will have to wait. Originally scheduled to perform with the orchestra on Nov. 11 and 12, then tour Asia with them immediately after, Fröst, according to a statement from the SPCO, “has withdrawn from all upcoming engagements through December due to Meniere’s Disease – a disorder of the inner ear which causes severe vertigo, sickness, and tinnitus.”

We feel sorry for ourselves but terrible for him and wish him a speedy and complete recovery. He’s due back here in March.

Fröst’s St. Paul concerts, which were to include the American premiere of his ambitious, illuminating “Genesis” project, have been replaced by performances of Mozart’s Clarinet Concerto by Alexander Fiterstein. SPCO audiences know and love Fiterstein; he made his solo debut here in 2012 with the Nielsen Clarinet Concerto and has been featured in subscription concerts. He’s also an experienced chamber musician.

What about the tour? Luckily, Fiterstein was available for that as well. And the touring program doesn’t include the “Genesis” project. In fact, it’s the same program we’ll hear in the Concert Hall on Nov. 11 and 12: the Clarinet Concerto, music by Bartok, Tchaikovsky, Brahms and Schumann, and Gershwin’s “Walking the Dog.” So the tour will go on, almost as planned.

This won’t be the first time Fiterstein has stepped in for Fröst. He took his place for a handful of concerts in 2014 in San Francisco and Boston that were met with rave reviews.

The SPCO will fly out on Friday, Nov. 13, and return home on Saturday, Nov. 21. While away, they will play three concerts in Taipei, Singapore and Jakarta. If you want to see them before they leave, tickets are available for Nov. 11 and 12 ($15-$53).

When not criticizing the Democratic party and DNC chair Debbie Wasserman Schultz, former Minneapolis mayor R.T. Rybak has been writing a memoir. His publisher, the University of Minnesota Press, tells us we can look forward to the book launch for “Pothole Confidential: My Life as Mayor of Minneapolis” in April 2016.

According to the press release, the book will be “Rybak’s personal account of the challenges and crises confronting the city over twelve years, including the tragic collapse of the I-35W bridge, the rising scourge of youth violence, and the bruising fight over a ban on gay marriage.” It will also be “an illuminating, often funny depiction of learning the workings of the job, frequently on the fly, while trying to keep up with his most important constituency: His family.” And it will be “that rare document from a politician: one more concerned with the people he served and the issues of his time than with burnishing his own credentials.”

Is “Pothole Confidential” a step toward returning to the political stage? Rybak told Eric Roper at the Star Tribune, “That’s not what this is about. If I was using this as a political springboard I wouldn’t have written about as many mistakes as I did.” 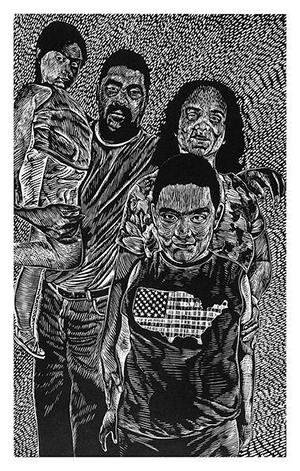 Tonight at the Capri Theater: “The Black Panthers: Vanguard of the Revolution.” The opening night of First Thursday Films @ the Capri, a new collaboration between the theater and the Film Society of Minneapolis St. Paul. John Wright, professor of Afro-American & African Studies at the U, will introduce the film; Craig Rice, special projects programmer for the Film Society, will moderate a discussion after the screening. Director Stanley Nelson’s film is the first feature-length documentary to explore the Black Panther Party and its impact on civil rights and American culture. 7 p.m. FMI and tickets ($5 online or at the door).

Opens tonight at the Minneapolis Theatre Garage: “Frankie and Johnny in the Clair de Lune.” James Detmar directs Casting Spells’ production of Terrence McNally’s play about a through-with-love waitress, an ex-con short-order cook, a one-nighter and what happens next. The play dates from the late 1980s, which it helps to know going in, but it’s not as if relationships have gotten easier since then.  Shanan Custer and Charles Hubbell star. 7:30 p.m. FMI and tickets ($25). Runs Thursdays – Sundays through Dec. 6. P.S. This one is for grown-ups. 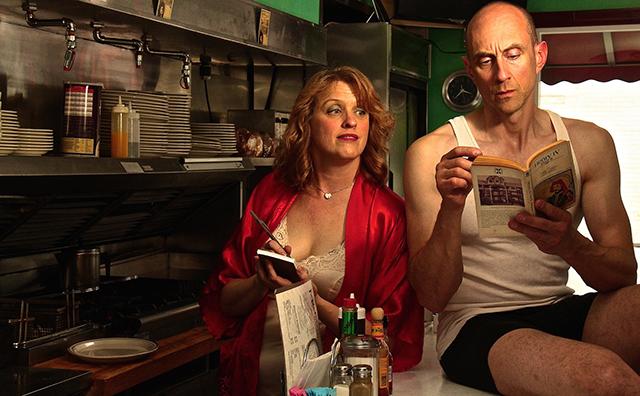 Saturday at the U’s Continuing Education and Conference Center: The Force Awakens: Star Wars and Philosophy. “Star Wars” superfans, this is for you. The U’s LearningLife is offering a day-long immersion class to explore how the “Star Wars” narrative reflects our culture and morality. Instructor Charles Taliaferro, who chairs the philosophy department at St. Olaf, has written or edited more than 20 books, contributed a chapter to the forthcoming book “The Ultimate Star Wars and Philosophy,” and is a total “Star Wars” nerd. Because the space epic is not just about light sabers and Tie Fighters. It’s also about love and death, emotions and desires, friendship, wisdom, heroism, power, faith, adventure, mythology, being a parent and being a child.  9 a.m. to 4 p.m. FMI and registration ($135, a little over what ToysRUs is charging for the Kylo Ren’s Command Shuttle LEGO set). Tuition includes Trade Federation breakfast and lunch.

Saturday at the O’Shaughnessy: “B. Madonna” featuring Maureen Fleming. Assigned to cover a 2013 performance of this in New York, knowing nothing in advance about the work or the choreographer Fleming, Wesley Doucette reported “stumbling from the East Village theatre in a meditative stupor,” having just seen “the only theatrical experience I could describe as perfect from first light cue to final bow.” Those are grand words, but everything we’ve read about Fleming so far is full of superlatives: “magical,” “meditative,” “incredibly supple and controlled,” and (our favorite so far) “imagine a Brancusi sculpture melting slowly before your eyes under intense heat, and you’ll have some idea of the tormented beauty of her choreography.” Influenced by Japan and butoh, “B. Madonna” is a contemporary version of the Persephone myth with text by playwright David Henry Hwang (“M. Butterfly,” “Chinglish”) and music by Philip Glass, performed live (hurray!) by pianist Bruce Brubaker, with 3-D video projections designed by Christopher Odo. A Women of Substance event. 7:30 p.m. FMI and tickets ($11-$25).

Tuesday at the Fitzgerald Theater: Talking Volumes: Stacy Schiff. We don’t know when the Talking Volumes people at the Star Tribune and MPR are getting any sleep, because Schiff’s appearance comes right on the heels of John Irving’s Friday night at the Ted Mann. (BTW Irving was sold out, then he wasn’t, then he was. Worth a try.) Schiff is a Pulitzer Prize-winning, No. 1 best-selling biographer (“Cleopatra,” “Vera: Mrs. Vladimir Nabokov”); her latest is “The Witches: Salem, 1692.” FMI and tickets ($25-$50). Talking Volumes is having a stellar season that began in September with Jonathan Franzen and ends in December with Jane Smiley.