Marlon James, the Jamaican-born Macalester College English professor who last month won the 2015 Man Booker Prize for his third novel, “A Brief History of Seven Killings,” makes us wish we were back in school again, taking his classes. At last week’s Pen Pals lecture – and it was a lecture in the traditional sense, a man alone at a podium on a stage, without even a PowerPoint – he gave us glimpses into his bottomless knowledge, his wit, his inspirations and his working style.

What first made him want to be a writer? “Batman” and “X-Men” comic books (but not “Superman,” which he thought was lame; his brother read those), and Laura Ingalls Wilder’s “Little House in the Big Woods,” which he read (if we heard this correctly) at age 6.

Books that have been important in his life? “My love of the novel was shaped by a love of the Victorian novel,” he said. He reads Jane Austen’s “Pride and Prejudice” every year. Other significant titles: Salman Rushdie’s “Shame,” which James read in church, holding it on top of his Bible. He credits that book with liberating his prose style. James Ellroy’s “American Tabloid,” which “matches the cadence of jazz” and “dares to tell a major story through marginal characters.” Also mentioned as influential: “Frank Sinatra Has a Cold,” a now-legendary profile that Gay Talese wrote for Esquire in 1966. William Faulkner’s “As I Lay Dying.” Karl Ove Knausgaard’s autobiographical “My Struggle” novels.

And anything by Elmore Leonard, who “indoctrinated me on not using adverbs.” James tells his students, “I have one simple rule about adverbs: You must be named Alan Hollinghurst. He can make an adverb dance.” Hollinghurst, a British novelist, must have heard by now that James went on about him and adverbs in the press conference after the Booker Prize ceremony. (James thinks adverbs are OK in nonfiction. Whew.)

How does he decide what to read next? “I pick up the book that’s nearest to me. My house is overflowing with books.” At the moment, he’s into James Baldwin’s “Another Country” and Mary Beard’s “SPQR: A History of Ancient Rome.”

His writing process? “Writers don’t have a process. Writers have habits. Every novel, story, or poem creates its own process.” All right, then: his writing habits? “I’m a write-every-day writer.” He worked on his second novel, “The Book of Night Women,” daily from 5 to 9 a.m.  For “A Brief History of Seven Killings,” he wrote from 10 a.m. to 2 p.m. “If you set a routine,” he said, “the muse will show up.”

And: “Every novel I’ve written started out as a very different kind of novel.” For example, “Seven Killings” was supposed to be his shortest novel. (It’s 700 pages long.) The first paragraph he wrote ended up on page 458.

And: He’ll plan a novel in minute detail, charting the characters, actions, locations and times, then ignore his own plans. He usually knows he has a novel when “I have a longing to know about the parts of the characters’ lives that will never get into the book.” He describes himself as “a character guy.”

Where does he like to work? “I have to engage with the world when I write,” he said. “I need the buzz of activity.” He wrote “Seven Killings” literally “all over the cities”: at the Aster Café on Main Street, at Espresso Royale on Hennepin and other places.

His first-draft reader – the person who gets to see his books even before his editor – is a friend who’s an engineer and “doesn’t have a literary bone in his body. The only book he ever read was by Ayn Rand. The less literary my friends are, the more helpful they are.”

A typical day for Marlon James? “Negotiating what I can get done that day. During a three-class semester, I don’t write.” He’s on sabbatical now. We hope that means he’s writing.

A program of the Friends of the Hennepin Country Library, Pen Pals returns in March with Pulitzer Prize-winning presidential biographer Jon Meacham, whose most recent book is the No. 1 New York Times bestseller “Thomas Jefferson: The Art of Power.” FMI and tickets ($15-$53).

Tonight (Wednesday, Nov. 4) at Mixed Blood Theatre: “An Octoroon.” Set against the backdrop of a 19th–century “tragic mulatto” melodrama, Brandon Jacobs-Jenkins’ controversial comedy puts actors in blackface, whiteface and redface. If you squirm in your seat, it’s because the cast and director Nataki Garrett are doing their job. Garrett knows Jacobs-Jenkins’ works; she also directed his “Neighbors,” which opened Mixed Blood’s 2011-12 season. If you haven’t been to Mixed Blood for a while, you’re in for a treat: a bigger lobby, more restrooms, an elevator, and increased accessibility, designed by architects Ralph and Toby Rapson. “An Octoroon” launches Mixed Blood’s 40th season, which the theater is calling WD40 because, in founder and artistic director Jack Reuler’s words, “Mixed Blood has reduced friction for 40 years.” 7:30 p.m. FMI and tickets ($20 advance reservations, free under the theater’s Radical Hospitality program). Ends Nov. 15.

Thursday at International Market Square: 2015 City Pages Iron Fork 10th Anniversary. Last year sold out, but on Tuesday evening non-VIP tickets were still available to this annual evening of cocktails, cuisine and competition. Who among six local chefs can create the most appetizing dish using a secret ingredient? Which top bartender will be “Absolut Mixologist”? Enjoy the shows and sample foods from more than 25 local restaurants. 6 to 10 pm. Ages 21 and over. Tickets here ($35). 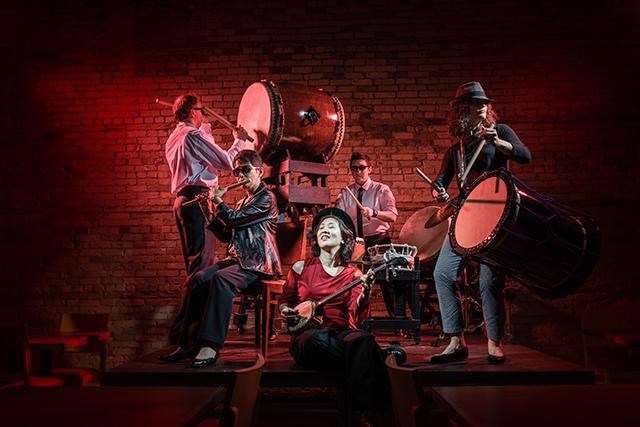 Thursday through Sunday at Concordia University’s Pearson Theatre: Taiko Groove. Daniel Bonilla of Theoroi, a young professionals group of arts ambassadors sponsored by the Schubert Club, wrote this preview for MinnPost: “ ‘Taiko’ means ‘big drums’ in Japanese. Taiko Groove is a collaborative concert between the Twin Cities-based Mu Daiko, a taiko group led by Jennifer Weir, and special guests On Ensemble, a Los Angeles-based group at the forefront of a growing artistic movement in the taiko world. This performance will combine Mu’s drumming and choreography with On’s throat singing, koto playing, funky meters and soaring melodies. Fun to know if you go: In taiko, the performers don’t use written music but learn their parts through a system called ‘kuchi shoga’ – mouth sounds.” Five performances: Thursday – Saturday at 7 p.m., Saturday and Sunday at 2 p.m. Ends Sunday, Nov. 8. FMI and tickets ($10-$25; Saturday at 2 p.m. is pay what you can).

Thursday through Sunday at the Film Society’s St. Anthony Main Theatre and the Walker Cinema: Mizna’s 10th Twin Cities Arab Film Festival. This year’s festival includes over 20 films from Palestine, Morocco, France, Syria, Egypt, Lebanon, Iraq and local Arab filmmakers. It begins with a free opening night party at Pracna on Main (5:30 Thursday), the Palestinian film “Love, Theft and Other Entanglements,” in which a Palestinian refugee steals a car and ends up kidnapping an Israeli soldier, and a post-show Q&A with the filmmakers via Skype and in person. From there it’s a full schedule of independent narrative and documentary features and shorts you’ll never see at your local multiplex. Many screenings include discussions with filmmakers and panelists. A closing night concert and party at the Walker ($40/$30) – proceeds help Syrian refugees – is followed by the final film, “Narrow Frame of Midnight,” directed by Tala Hadid, about an orphan girl who is sold to a petty criminal, then uses her wit and determination to escape. We’re told that one of the most highly anticipated films is “The Wanted 18,” the story of a Palestinian collective farm declared an illegal security threat by the Israeli army and forced underground for keeping 18 cows. It’s told in black-and-white Claymation – think Aardman’s “Wallace and Gromit” or, more recently, “Sean the Sheep” – but with a message. Director Amer Shomali will be present. FMI, schedule, trailers and tickets ($8-$10; all-access pass $40). Ends Nov. 8. 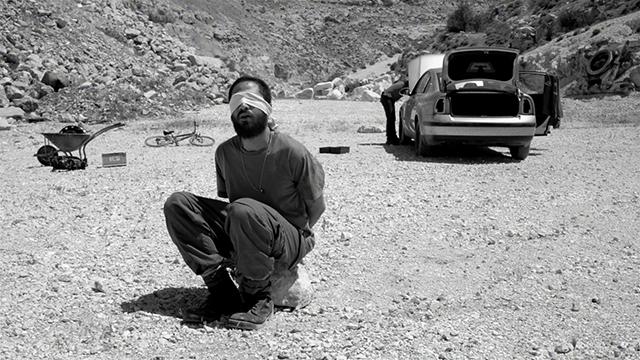 A scene from “Love, Theft and Other Entanglements”

Marlon James talks about adverbs, his writing habits, and books that matter to him