Has there ever been a year when more books were published by Minnesotans about Minnesota? Pity the judges of this year’s Minnesota Book Awards. Part year-end review, part last-minute-shopping list, here are a baker’s dozen titles plucked from the abundance, specifically about arts and culture, in alpha order because this is not a ranking. 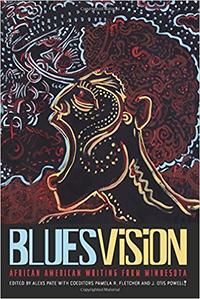 •  “100 Things to Do in the Twin Cities Before You Die” by Tom Weber. From Al’s Breakfast to Winterskate, this book by MPR news host Weber will keep you busy. It’s fun to be a tourist in your own town.

•  “All the Lights On: Reimagining Theater with Ten Thousand Things” by Michelle Hensley. History and inspiration from the founder and artistic director of the visionary theater.

•  “Brave New Workshop: Promiscuous Hostility and Laughs in the Land of Loons” by Rob Hubbard, foreword by Al Franken. Journalist Hubbard tells the fascinating and well-researched story of our famous comedy theater. 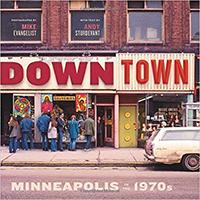 •  “Downtown: Minneapolis in the 1970s.” Photos by Mike Evangelist, text by Andy Sturdevant. Evangelist’s photos, snapped when he was a 17-year-old “introvert with a camera,” are joined by Sturdevant’s insightful comments.

•  “Dylan: Disc by Disc” by Jon Bream. The Star Tribune’s veteran music critic invites other experts – scholars, musicians, and critics – to discuss all 36 of Dylan’s LPs.

•  “Everybody’s Heard about the Bird: The True Story of 1960s Rock ’N’ Roll in Minnesota” by Rick Shefchik. The Gestures, the Castaways, the Underbeats, the Trashmen: a former Pioneer Press reporter goes deep into our 1960s rock scene.

•  “In Winter’s Kitchen: Growing Roots and Breaking Bread in the Northern Heartland” by Beth Dooley. Food has become such a huge part of our culture – the Twin Cities are such foodie towns – that we had to include Dooley’s stories of those responsible.

•  “John H. Howe, Architect: From Taliesin Apprentice to Master of Organic Design” by Jane King Hession and Tim Quigley. Howe was “the pencil in Frank Lloyd Wright’s hand” before establishing his own architectural practice in Minnesota. 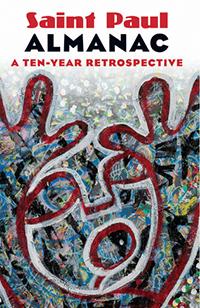 •  “Minnesota Modern: Architecture and Life at Midcentury” by Larry Millett. Another beautiful book from Millett (last year’s was “Minnesota’s Own: Preserving Our Grand Homes”), this time celebrating our state’s midmod treasures, from suburban ramblers to commercial buildings.

•  “Offstage Voices: Life in Twin Cities Theater” by Peg Guilfoyle, foreword by Sally Wingert. An in-depth look at our local scene, with firsthand stories from many theater professionals.

Living in Minneapolis, we’ve always been jealous that St. Paul has poetry on its sidewalks. Why can’t we do that? How hard would it be? And now St. Paul is at it again, with a new Saint Paul Almanac program called “Impressions” that will put poetry (and art!) in trains and buses starting in 2016.

With seed funding from a Knight Arts Challenge grant, the Almanac will work with 24 local writers and 24 local artists to produce six broadsides each quarter (24 per year) for placement inside 100 trains and buses. Some of the broadsides will be reproduced in larger form for light rail station kiosks. Quarterly parties with readings will celebrate the poets and artists. A concluding film showcasing artists and writers in live performance will be available for viewing at train kiosk screens.

On the topic of poetry: St. Paul has a poet laureate, Carol Connolly. Minneapolis does not. The city is thick with poets – visit the Loft or Intermedia Arts and you’ll trip over a few – but no poet laureate. We’re not saying that Mayor Betsy Hodges doesn’t have other things on her mind these days, but there’s a petition up now on change.org calling for Herroner to “Establish a Minneapolis Poet Laureateship,” and you can sign it if you want. And before anyone squawks about squandered tax dollars, poets laureate are generally unpaid. 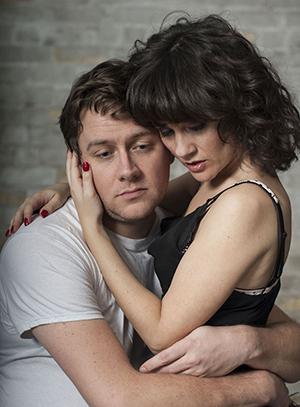 Friday at the Grain Belt Warehouse: “Sunshine” by William Mastrosimone. Merry Christmas (or not) from Dark & Stormy Productions, which has made a habit of counter-holiday programming. (Remember last season’s offering, Harold Pinter’s “The Hothouse”? Ho ho ho!) In “Sunshine,” the title character is a worker in the sex industry. That being said, D&S shows typically sell out (or nearly) and win critical raves. Sara Marsh, Nels Lennes and Toni Sarnicki star; Mel Day returns to direct. 77 13th Ave. NE, Studio 202, Minneapolis. FMI and tickets ($25/$15 under 30). Ends Jan. 9.

Friday through Sunday at the Orpheum: Blue Man Group. Four guys dressed in black and painted blue. How is this even a thing? It is and has been for 25 years. A multimedia, multisensory mix of comedy, theater, drumming and dance, this award-winning, ever-evolving show has played to 35 million people. Sounds like a fun lead-in to Christmas. Friday at 8 p.m., Saturday at 2 and 8 p.m., Sunday at 1 and 6:30 p.m. FMI and tickets ($39-$109). 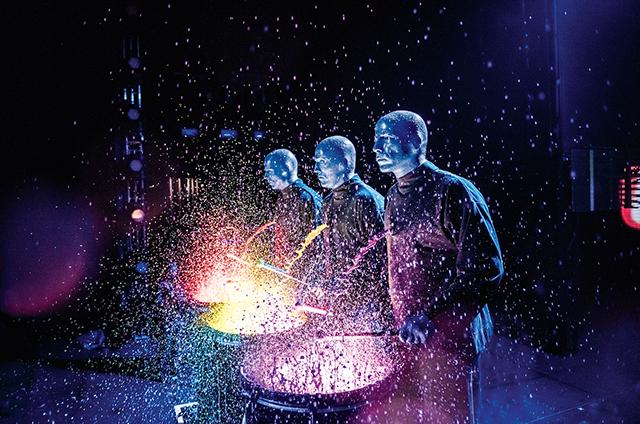 Now through Sunday at the Pantages: “All Is Calm: The Christmas Truce of 1914.” Director Peter Rothstein describes his revised version of the moving music-theater work as more theatrical and visually interesting. Everyone on stage is a singer-actor, and more historical details have been woven in. Tonight (Thursday, Dec. 17) and Friday at 7:30 p.m., Saturday at 2 and 7 p.m., Sunday (final show) at 1 p.m. FMI and tickets ($28/$39). 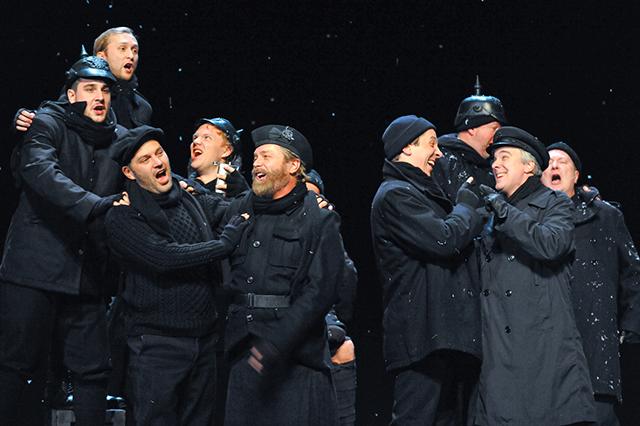 Photo by George Byron Griffiths
“All is Calm”

Thursday through Sunday: The Rose Ensemble: Christmas in Baroque Malta: Italian Majesty at Mdina Cathedral. If you want a typical Christmas concert, you’ll have to go somewhere else. This will be sacred music no one has heard or performed for hundreds of years, found in the archives of the Mdina Cathedral on the island of Malta. Plus a world premiere of a work in the Maltese language by Minnesota composter Timothy Takach. Thursday at 7:30 p.m. at Sacred Heart Music Center in Duluth, Friday at 8 p.m. at Nativity of Our Lord Catholic Church in St. Paul, Saturday at 8 p.m. at the Basilica of St. Mary, Sunday at 3 p.m. at the Church of the Holy Family in St. Louis Park. FMI and tickets ($10-$37). 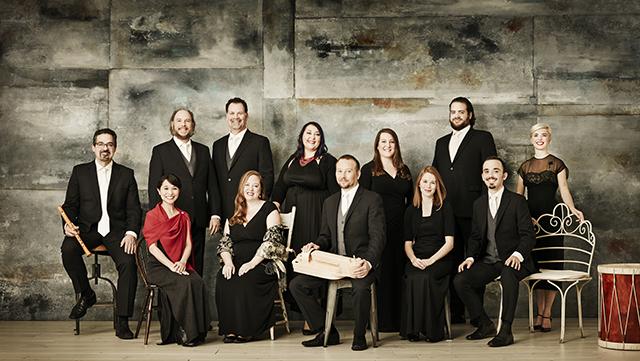 Saturday and Sunday: One Voice: “Midnight Queer.” Guest artist Andrea Jenkins joins Minnesota’s LGBTA mixed chorus for a program of music and poetry honoring winter holiday traditions from across the globe. Saturday at 3 and 7:30 p.m. at Hamline’s Sundin Hall, Sunday at 3 p.m. at the Ordway Concert Hall. FMI and tickets ($15-$40, depending on venue; $5 more at the door).